NEW YORK, Jun 20 2011 (IPS) - Millions of Iranians who have lived under an intense level of internet filtering and advanced monitoring systems for years may soon benefit from new technology that sidesteps the censors. 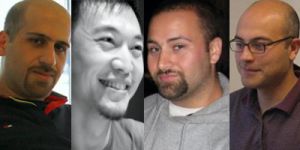 Last week, the New York Times reported that “the [Barack] Obama administration is leading a global effort to deploy ‘shadow’ Internet and mobile phone systems that dissidents can use to undermine repressive governments that seek to silence them by censoring or shutting down telecommunications networks.”

One of these projects has been dubbed “Internet in a suitcase”. According to the Times, the suitcase – financed with a two-million- dollar State Department grant – could be smuggled across the border and quickly set up to allow wireless communication over a wide area with a link to the global Internet.

“There are a number of research groups working on circumvention tools and alternative digital networks solutions to allow surpassing Internet censorship around the world,” Mehdi Yahyanejad, the co- founder of Balatarin.com, a popular website that played a pivotal role in mobilising protesters after Iran’s June 2009 contested presidential election, told IPS.

“The hope is that at least the news of such efforts would decrease the Iranian government’s resolve to enact a type of National Internet Network which would be cut off from the rest of the world,” he said.

In recent years, Iran has aggressively expanded its control over the Internet. In 2010, Iranian authorities announced the creation of the “Internet Police”, in charge of monitoring Persian-produced content.

The country has also long sought to create a “National Internet Network” to separate Iranians from the World Wide Web, a project said to cost some 1.5 billion dollars.

Since the 2009 polls, the Iranian opposition and dissidents have used the Internet as a mobilising force to bring people to the streets, embarrass the authorities for their wrongdoings, and generally challenge the dominant narrative of the government and its satellite media.

The Internet Police is ostensibly charged with “fighting internet- related crimes” and “protecting, assets, interests, and national secrets”. The chief of Iran’s national police force, Esmaeel Ahmadi Moghaddam, told reporters that “social networking on the Internet has imposed a heavy cost on the country.”

In early March, the minister of communication and technology said that a “National Network of Information” or “National Internet Network” will become operational in 18 months, or late 2012.

On Mar. 4, the Ministry of Communication and Technology declared that the “National Internet” would not be a replacement for the World Wide Web.

However, many believe that Iran’s ambitious plan to isolate the country further from the outside world is unrealistic and costly.

“Iran, unlike other countries that have highly restrictive access to the Internet – North Korea, Cuba, Burma – is a country with a functional, internationally-connected economy,” Cyrus Farivar, author of “The Internet of Elsewhere”, told IPS.

“It makes it hard to just pull the plug on it,” he said. “Remember, Iran’s Internet penetration rate is about 35 percent – so one in three Iranians. That’s a lot.”

Farivar believes Iran’s plan to build a National Internet Network would be difficult, but not impossible.

“Keep in mind that all the ISPs [Internet service providers] in Iran are currently controlled by the government and the Iranian government holds a lot of power over them,” he said.

“Not only can they filter, censor, monitor the Iranian Internet, but they can slow it down (as they did in June 2009), and conceivably turn it off completely if they wanted to. The reason why I say it would be hard to do is not for a technical reason, but rather an economic/social one.”

Others see Iran as drawing on the more restrictive policies of countries like China, although with significant differences.

“China is much more open than Iran to connect the world today and [has] more Chinese Internet businesses, including dozens of them listed in states’ stock markets which can sustain its domestic needs already,” Isaac Mao, a prominent Chinese activist and director of the Social Brain Foundation based in Hong Kong, told IPS.

“China is unlikely to separate itself from the world, neither sustain its censorship system longer for more years. In this practice, Iran is more like North Korea,” he said.

Ehsan Norouzi, an Iranian Internet activist and journalist, told IPS that Iran’s Internet war with the world is just another ideological war.

“The Iranian government has nothing to offer except for rhetoric and bluffs vis-a-vis actions that could change the equation, such as satellite internet, the internet suitcase, the balloon, or whatever else,” he said.

“It is the foreign media who are pumping up this subject, and this is exactly what the Iranian government wants,” Norouzi added. “They want to pretend that they are presenting the world with something new that contains their ideologies.”

Currently, almost all websites and blogs that criticise the government, along with social networking websites such as Facebook and Twitter, YouTube and even a large number of lifestyle websites, are filtered inside Iran.

“Compared to what Iran is spending to curb people’s access to the Internet, what the U.S. is spending is too little,” a security network analyst in Tehran told IPS on the condition of anonymity.

“Iran has been able to acquire the equipment needed to enhance its restriction level over the internet, even though it’s been under severe economic sanctions, and is moving fast forward, but what Americans claim to do in countering the Iranian regime’s Internet, in terms of scale and effectiveness, is poor and politically motivated,” the analyst said.