Q&A: Why Africa Must Remain United in Durban 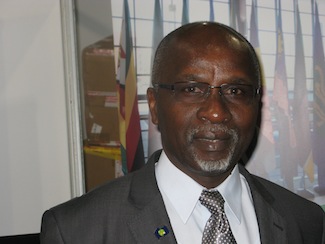 DURBAN, South Africa, Nov 28 2011 (IPS) - African leaders have urged the international community to move the United Nations climate change negotiations, which started in Durban, South Africa on Monday, to a different level, and to prioritise adaptation for the continent. South Africa’s President Jacob Zuma noted that Africa has come a long way since similar negotiations took place in Copenhagen and Cancun, over the past two years. He said that Durban must take the world forward towards a “solution that saves tomorrow today.”

Many environmental experts have gathered in Durban hoping the conference decides the Kyoto Protocol’s fate. The protocol, which expires in 2012, sets binding targets for 37 industrialised countries and the European community to reduce greenhouse gas emissions.

Dr. Tomaz Salomão, the executive secretary for the Southern African Development Community (SADC), was at the 17th Conference of Parties (COP 17).

He told IPS why it was important for COP 17 to be held in Africa, and what the region expects from the negotiation platform.

Q: What is the significance of holding the 17th Conference of Parties in the Southern Africa region?

A: The continent, and in particular the Southern African region, is threatened with the effects of the changing climatic conditions. Experts have said it all. They have predicted an increase in extreme weather conditions, and droughts have evidently become more frequent than what was experienced in the recent past. Everybody is aware of the changes in rainfall patterns, which have (had a) devastating effect on millions of people who depend on rain-fed agriculture, especially in Africa.

It is therefore a commendable achievement for Africa, for the SADC region, and also for South Africa to have COP 17 held in this region. It is a clear indication that we Africans know where we stand, what challenges we are facing, and how to go about them. What is required is to build our capacity so that we are in a better position to face the challenges on our own.

Q: What is the regional expectation of this conference?

A: The expectation is that recommendations will be made to provide the financial support that is required so that Africa is in a better position to face the challenges that are currently devastating the continent. That is my hope, and it is our hope.

Q: Is there any new approach in terms of the regional position to COP 17?

A: I think that we cannot change position from time to time. We need to focus on positions we developed at the Copenhagen conference, also known as COP 15. For the first time, African countries came together to have a common voice and that formed the African position. I hope that the same spirit will prevail in Durban.

Q: What does Africa need at the moment, in order to tackle climate change?

A: We need development. And we cannot be penalised further as a result of climate change, which comes about as a result of problems that were caused by others. That is our starting point. And that is why we are saying that we need support to address those challenges. With this, we are not asking for too much.

Q: Why is it taking so long for negotiators to strike a deal that will last?

Q: What will happen if the Kyoto Protocol fails to survive post COP 17?

A: No I do not think the Kyoto agreement is in a position to die at the moment. What we need to realise is that people have to come together to save humanity, the earth and to ensure that the generations to come have a better tomorrow.