NEW YORK, Feb 10 2012 (IPS) - State and local Commissions on the Status of Women (CSW) are facing shrinking budgets and even total elimination at a time when women are some of the hardest hit by the financial crisis, says Susan Rose, vice chair of Human Rights Watch’s Santa Barbara Committee. 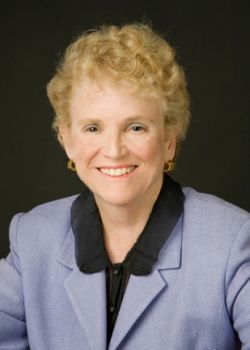 “Across the nation, a shifting political landscape is reducing the opportunity for women’s voices to be heard as well as support for the programs and services they need,” Rose, who has spent the last three decades working for women’s advancement, workplace equality and civil rights, wrote in a recent op- ed titled “Who will speak for women?”

First advocated by the John F. Kennedy administration in 1963, there are now more than 200 commissions throughout the United States, according to the National Association of Commissions for Women (NACW). Most of them are run by volunteers with little paid staff.

In California, Governor Jerry Brown is trying to defund the California Commission on the Status of Women, eliminating its 265,000 dollars in funding in the proposed 2012-2013 budget – meaning that the 47 year-old commission will likely close its doors in April.

A former executive director of the Los Angeles City Commission on the Status of Women, Rose discussed with U.N. Correspondent Rousbeh Legatis the importance of the commissions in promoting issues of political and economic equality, reproductive health, and to combat domestic violence.

Q: Could you clarify what kind of entities we are talking about? A: Commissions on the Status of Women are the voices for women within government. They are advocates for the needs of women, as well as sponsors of legislation. They monitor the activities of government to ensure that the issues affecting women – and their families – are considered and acted upon. Certainly, this model is and can be used internationally with the same purpose and effect. The singular mission of these commissions is advocacy for women.

The economy and jobs are the most significant issue affecting all Americans and especially women. This is followed by the need for social services.

Per my article for the San Francisco Chronicle, the California Budget Project reports that “the recession has had a greater impact on women than men. The governor’s budget will cut deeply into services women rely on, including education, childcare, welfare and health care.”

In addition to jobs and social support systems, health care – including reproductive choice – and violence against women are the other most important issues facing American women.

Q: Could you give some examples of how these commissions make a difference in women’s lives at the state and community level? A: For example, on the state level this past year, the governor signed legislation supported by the California Commission that affected “health insurance coverage for maternity leave, protection for victims of domestic violence and child custody proceedings”.

On a local level, when I was director of the LA City Commission, we held public hearings to assess the needs of women, sponsored educational conferences, issued publications on available services, as well as carried out legislative advocacy. We focused on issues affecting working women and their families and during those years crafted policies on childcare – one of the first in the U.S. – and sexual harassment.

In today’s political world, with governments across the U.S. struggling to provide basic services, there is little political support for such agencies. It is unfortunate that they are not a priority of political representatives for they have a significant impact with very little cost.

Q: How are budget cuts around the country affecting these entities at a time when women are some of the hardest hit by the financial crisis? A: I can speak to the impact on women and their families in California. California Governor Jerry Brown has proposed eliminating the California’s Commission on the Status of Women (CCSW). A statewide effort has begun to save it. At this time, it is unclear whether the governor will change his mind.

Now more than ever, women need the California Commission.

The California Budget Project released a report this week called “Falling Behind: The Impact of the Great Recession and the Budget Crisis on Women and their Families”, which specifically describes how low-income women and their families have been hit the hardest by the cuts in California. The poor job market has affected single mothers more than others. Social services such as childcare, Medi-Cal and welfare programmes have been slashed, affecting those who need it most.

Q: Could you name the biggest step forward, as well as the major shortcoming in commissions’ work, that you have observed in recent years in the U.S.? A: Unfortunately, I have not seen much advancement in the work of commissions, primarily because they have not been supported by government jurisdictions. U.S. Congresswoman Jackie Speier attempted to pass a national commission for women in Washington but could not get enough support.

This would have continued in concept the one originally established by President John Kennedy. I believe such a federal commission could have reenergised state and local commissions and created a new national movement for commissions.

Q: What is needed to further strengthen women’s political voice in the US – both at state as well as community level? A: The most important step forward would occur if political representatives would make women’s issues and commissions for women a priority on their own political agendas. A commitment from legislators could result in new funding and support for these efforts and certainly a better community-based (and media) understanding of their ability to affect the lives of women and their families.