BANGKOK, Feb 20 2012 (IPS) - BANGKOK, Feb 20, 2012 (IPS) – When World Bank president Robert Zoellick steps down in June, the tiger will lose an ally who worked to prevent the decimation of Asia’s iconic animal by a voracious demand for its bones and parts in newly affluent China. 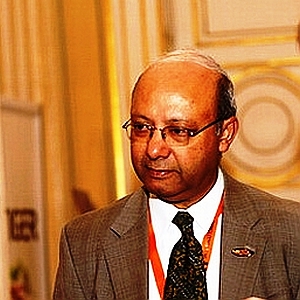 Under Zoellick’s watch, the Washington-based financial powerhouse launched the Global Tiger Initiative (GTI) – focusing on an animal that roams 13 countries – as a symbol of its commitment to protect the planet’s biodiversity and thwart the illegal wildlife trade.

“There was a need for urgent, concentrated action to protect the tigers,” says Keshav Varma, head of the GTI. “There was a decline both in the number of tigers and in their habitats.” Launched in June 2008 the GTI provided a powerful platform to “bring the tiger range countries into the forefront of conservation.”

These countries, with Russia at one end and Indonesia at the other, are home to 3,200 wild tigers. They are a fraction of the 100,000 striped, majestic beasts that existed in the early 20th century in the tiger range that includes India, Nepal, Bangladesh and Bhutan as also China, Burma, Cambodia,Thailand, Laos, Vietnam and Malaysia.

The Bank’s efforts have given these countries prominence in the efforts to save the tiger, Varma said, in an interview on the sidelines of a meeting here of the International Consortium on Combating Wildlife Crime.

Q: The Bank has said that it sees the tiger as the face of biodiversity. Is this still the case four years after the GTI was launched?

A: Yes, because they are an iconic indicator of the pressure biodiversity is facing. Through the eyes of the tiger you come to know what is happening in remote areas. We have seen tiger habitats reduced to the borders of countries, or where development and urbanisation have completely destroyed or fragmented their habitat. So, if it were not for the tigers you would not know what is happening to the forests.

Q: What do you bring to the table that is new to helping the tiger range countries?

A: Six countries have been assured resources – 100 million dollars in concessional lending – by the Bank and GEF (Global Environmental Facility) with 65 million dollars in grants. We have also launched a multi-donor trust fund for another 30 million dollars. And we have created partnerships with the Smithsonian to train park rangers in modern management.

Q: Are you saying that park management was ignored till the Bank stepped in?

A: It was something where attention was not being paid before. The parks have to be managed according to modern, scientific systems. There has to be a management of information. This is a weak link in this whole area. And what has also prevailed is that people in these countries are better trained in forestry than wildlife management.

Park ecology is not being monitored properly. We have taken initial steps by training 300 people in tiger range countries.

Q: That may boost the Bank’s commitment as a conservationist, but your critics in civil society see this foray into a new territory as ‘greenwashing,’ since the Bank’s funds to build roads, dams and large infrastructure projects have caused untold environmental damage?

A: No, no, it is not greenwashing. We are conscious of the environment and environment sustainability is an important issue for the Bank. This is not new. It has been bank territory before. We have lent 20 billion dollars for biodiversity projects and some of these were directed towards conservation of wildlife.

Since launching the GTI, it has affected the way we do business within the Bank. There is much awareness on how we plan infrastructure projects. For instance, there is a rural road programme in India, and they are coming to the GTI and are coordinating their work to ensure that the roads do not adversely impact habitat.

There is a filter in terms of environmental impact analysis, where you are taking a much closer look at how our programmes do not impact the environment. We also conduct evaluations based on that; definitely, there is a greater amount of consciousness in the Bank. So the GTI has become a bit of a catalyst in terms of reassuring better awareness.

Q: Since Asia is the testing ground for the GTI, China does come into the picture, given the large number of tiger farms it has. Conservationists estimate that nearly 5,000 tigers have been bred in captivity to feed the trade in tiger products. Is the Bank calling for such farms to be closed?

A: Our position is that tiger farms help the market commercialisation of tiger parts. The Bank is prepared to offer assistance to countries to phase them out. In the interim, they need to be better regulated and better managed. There are definitely a lot of tiger farms and tiger parts are commercially produced in the region. China is not the only place.

Q: Is your concern about tiger farms shared by the tiger range countries?

A: Some countries are concerned that tiger farms are getting out of control and may ask GTI for assistance. They are aware about the surge in demand for tiger parts due to the emergence of a richer class in Asia and the illegal trade being more aggressive and better organised.