CAPE TOWN, South Africa, Apr 1 2012 (IPS) - South Africa’s nine provinces will begin phasing out provision of free formula to HIV-positive mothers and implement a new policy on breast-feeding from Sunday. But despite the clarity of the policy and its supporting data, vocal critics, including respected individuals from leading medical and academic institutions, have decried the choice. 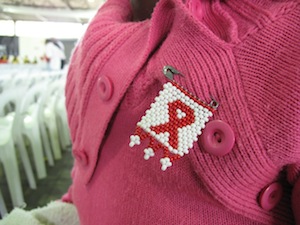 Since the Aug. 23, 2011 announcement that exclusive breastfeeding (EBF) will be promoted in South Africa from Apr. 1, debate over the Tshwane Declaration’s soundness, rather than discussion around implementation, has dominated the conversation.

A simple two-page document, the declaration states unequivocal support for EBF for all infants up to six months, including HIV-exposed infants, who should receive antiretrovirals (ARVs) to prevent mother-to-child transmission (PMTCT), as recommended in the 2010 World Health Organization (WHO) guidelines.

The declaration originated from concern over low exclusive breastfeeding rates – the lowest in the world at eight percent; unacceptably high child mortality rates – the rate for 2010 remained almost level with the 1990 figure, with 58,000 children dying before the age of five; and the fact that formula feeding increases the risk of death from diarrhoea and pneumonia, the biggest killers of infants and children in South Africa.

It also commits resources to promoting EBF, including developing legislation for maternity protection and support for workplace breastfeeding. Finally, and perhaps most controversially, it removes provision of formula feeding at public health facilities except by prescription for medical conditions.

“We can increase our EBF rate, but not to the extent that the Health Department believes is possible,” said Haroon Saloojee, a professor in the division of community pediatrics at the University of Witwatersrand, and a leading critic. Saloojee’s concerns focus on mothers’ ability to adhere to infant ARV regimens and the potential for nevirapine (the prophylaxis that HIV-exposed babies would take) shortages in the public health sector.

“The likely scenario is that clinics don’t have nevirapine, and mothers will not be able to give the babies their medication and will continue to breastfeed. The situation in the health service currently makes that a high-risk probability,” Saloojee said.

Supporters of the policy argue that adherence rates to ARVs in South Africa are generally excellent, and based on a recent national study in the March 2012 WHO Bulletin titled”Elimination of Mother-to-Child Transmission of HIV: Measuring the Effectiveness of National PMTCT Programmes”, presented at the International Aids Society meeting in Rome in 2011, mothers clearly are adhering. National mother-to- child transmission among infants from four to eight weeks old was 3.5 percent, the study found.

“There’s no way you can get those transmission rates unless you have good and reliable service delivery and good and reliable adherence to those drugs,” said Nigel Rollins of the WHO, referring to that study. “To level the argument that women aren’t going to be able to do it flies in the face of the data. I think most women will be prepared to do something good for their children if they have the knowledge… There will certainly be a learning curve, but there is every reason to believe it can be achieved,” Rollins added.

Unfortunately, the learning needs to go beyond adherence to ARVs as infant prophylaxis. Convincing women to breastfeed exclusively will likely be the greater challenge.

“My mom says there’s not enough milk. I’ve heard from other women that they breast and bottle feed at the same time so the baby can get full,” said 21-year-old Nicola Daniels of Manenberg, a Cape township. A first-time mother, Daniels planned to breastfeed but remained unsure about whether to do so exclusively.

Ingrid Le Roux, medical director at Philani, a maternal and child health project, agreed that convincing women to commit to EBF poses a serious challenge. “There are a lot of underlying issues: mothers are alone, stressed, influenced in a big way by advertising. Some cannot believe that anything they have can be better than what they can buy in the shop,” Le Roux said.

Despite the very real challenges, evidence from studies around the continent show that EBF is possible with proper support. In KwaZulu-Natal, EBF rates were improved to 76 percent at five months, and 40 percent at six months with home-based and clinic support, according to Anna Coutsoudis, a professor in the Department of Paediatrics and Child Health at the University of KwaZulu-Natal.

Prior to the Tshwane Declaration, KwaZulu-Natal ‘s Department of Health examined child mortality, EBF, problems with stocking formula and the 2010 WHO guidelines, and decided to promote EBF, in part by removing free formula from public health.

“Data showed that formula feeding was not helping in terms of infant survival, it was actually making it worse; and we had very low EBF rates. So we decided that we should follow the WHO guidelines… to follow one feeding option,” Coutsoudis said of the province’s decision.

“In the early days formula feeding was appropriate,” Coutsoudis added, referring to the previous era’s attempt to reduce mother-to-child transmission by discouraging breastfeeding in HIV-positive women. “But now we know that if we improve EBF and we have nevirapine, we can reduce the breastfeeding transmission to less than one percent.”

Rollins further pointed out that the WHO is promoting EBF not to reduce HIV transmission rates (transmission should neither increase nor decrease with EBF if prophylaxis is used), but because it is better. “EBF to HIV-impacted women is not recommended on the basis of ability to reduce transmission, it is there because it is the best thing for the child for every other reason we know about breastfeeding.”

Coutsoudis agreed that EBF is about child survival on the whole. “There’s no way we’re going to improve breastfeeding and therefore child survival in our country while we’ve got these mixed messages and free formula being given out,” she told IPS.

“If people keep running the policy down it undermines the public’s confidence. They need to look at the big picture, that is: if we can improve breastfeeding in this country the whole population will benefit,” Coutsoudis said.