Argentina Faces the Dilemma of Unconventional Oil and Gas 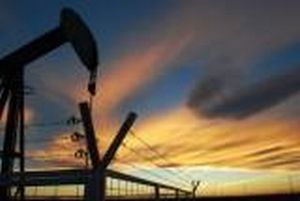 While experts in various branches of engineering and economics are enthusiastic over the prospects of the reserves discovered, they warn that the price paid to benefit from them could be steep.

“There is indirect evidence of deposits in Argentina, but this will be determined with certainty when further exploration takes place,” economist Roberto Kozulj from the National University of Río Negro told Tierramérica.

Kozulj, a specialist on the oil economy, said that the obstacles lie in the amount of investment required and the environmental risks, due to the consumption of huge volumes of water and energy and the chemical substances used to extract these resources.

According to the Annual Energy Outlook 2011, released in April of last year by the United States Energy Information Administration, Argentina is the country with the third highest geological potential for these types of hydrocarbons, after China and the United States.

The shale gas formations are in four basins, but the Neuquén basin is the most promising. This is where the Vaca Muerta and Los Molles formations are found, which stretch across the subsoil of four provinces: Neuquén and Mendoza, in western Argentina, La Pampa in the centre of the country, and Río Negro in the centre-south.

The government of the province of Neuquén already has data on the region’s potential gathered through preliminary studies, says economist Ariel Carignano of the National University of Comahue in his report, “¿Qué es el gas no convencional? Aspectos técnicos básicos y desarrollo en la Argentina” (What is Unconventional Gas? Basic technical aspects and development in Argentina), published in November 2011.

The report states that, although there is a “high degree of uncertainty,” studies by the Undersecretariat of Mines and Hydrocarbons of Neuquén estimate that there are 170 TCF of recoverable gas in the Vaca Muerta formation and between 130 and 192 TCF in Los Molles. The exploitation of these reserves would significantly increase gas production, create employment and promote the development of new technologies, but would also take a heavy toll on the environment.

This is the dilemma facing the new YPF, after the expropriation of 51 percent of its shares, which were held by the Spanish oil company Repsol until the May 3 passage of the bill that President Cristina Fernández de Kirchner submitted to Congress on Apr. 16.

YPF, created by the Argentine government in 1922, has thus returned to state control as a private corporation with a majority stake owned by the government and the rest held by national and foreign private companies and stockholders.

The motive for the expropriation was a steep drop in oil and gas production and proven reserves, resulting from insufficient investment. Argentina, once energy self-sufficient, has been forced to import fuel since 2010.

The article, “Gas y petróleo no convencional: Perspectivas y desafíos para su desarrollo en Argentina” (Unconventional Gas and Oil: Prospects and challenges for their development in Argentina), outlines the opportunities offered by exploitation of these resources, but warns that the effects on the environment pose serious questions.

The natural gas trapped in underground formations of shale rock is of the same quality as conventional gas but is much more difficult to extract.

It is reached through a technique known as hydraulic fracturing or “fracking”, in which holes are drilled vertically to depths that can reach thousands of metres, and then horizontally some 1,000 metres along the shale formation.

Chemicals and large amounts of water are pumped underground at high enough pressure to fracture the shale, releasing the gas, along with “fracking sand” used to prop open the underground cracks from which the gas is harvested.

Matranga and Gutman, chemical engineers at the University of Buenos Aires, note that up until 10 years ago, these reserves were impossible to exploit, but today the technology needed to do so exists, having been developed mainly in the United States and Canada.

Nevertheless, they add, numerous countries and regions have suspended the extraction of these deposits in order to assess the extent of the damage this causes to the environment.

Moreover, the deployment of thousands of water-transport trucks, heavy machinery, human resources and infrastructure for these operations would lead to “a marked increase in greenhouse gas emissions,” they add.

A report published in October 2011 by the National Academy of Engineering of Argentina, “Gas de reservorios no convencionales: Estado de situación y principales desafíos” (Gas from Unconventional Sources: Current situation and key challenges), concurs with the warnings voiced by Matranga and Gutman.

To offer an idea of the magnitude of the undertaking, the Academy notes that “the required development of suppliers, technology and human resources is comparable to efforts in Argentina at the time for the nuclear power sector.”

Technologies like 3D seismic surveying, horizontal drilling and hydraulic fracturing are now available, and if Argentina adopts them, within five years it could be producing fuel that it is currently importing at high prices.

This development could open up new opportunities for the export of engineering and other services to China, which also has large shale gas reserves, or the production in Argentina of fracking sand for export to other countries in the region, says the Academy.

But it also voices its concerns over “the conservation and protection of water” and “the use of chemical products.”

To illustrate the volumes of water involved, it notes that the first small-scale shale gas production operation in Neuquén required 16 water pumping trucks operating simultaneously and to their full capacity.

In addition, the Academy stresses, the decline in production from these types of reserves tends to be much more rapid than in the case of conventional deposits.