RIO DE JANEIRO, Jun 11 2012 (IPS) - With heads of state from more than 120 nations and tens of thousands of civil society and international development experts gathering for the U.N. Summit on Sustainable Development next week, it is accepted wisdom that rethinking agriculture is one of most critical issues facing this and future generations.

TerraViva spoke with Kanayo F. Nwanze, president of the International Fund for Agricultural Development, a U.N. agency that focuses on eradicating rural poverty in developing countries through hands-on interventions like financial services, markets, technology, land and other natural resources. 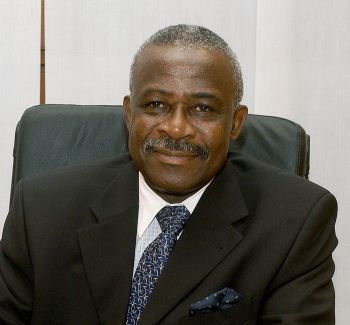 Q: IFAD, and in general experts on agrarian matters, see the fight against poverty as inextricable from the preservation of the environment. In this context, what do you expect from Rio+20?

A: As it stands, today’s food and agriculture systems are failing smallholders in developing countries. This is because two key points are not understood well enough by policymakers and the general public. First, of the 1.4 billion people living on under 1.25 dollars per day, one billion of them are in rural areas in developing countries, and the vast majority of those depend on agriculture for their livelihoods. So poverty remains a rural phenomenon and small farms play a central role in providing food and employment.

Second, while it is known that agriculture has huge impacts on the environment, it is not fully recognised that small farms in developing countries are managing vast areas of natural resources. For example, 80 percent of farmland in Asia and sub-Saharan Africa is made up of small farms.

The problem is that these farmers, both women and men, are often not empowered to manage their natural resources. They do not have secure access to their land. They are reliant on the weather and do not have access to institutions and markets.

On top of this, smallholder farmers are facing growing threats and risks of volatile food prices and increasing scarcity of natural resources, such as land and water. Changes in climate patterns and expected increases in extreme weather conditions are making life even more difficult for rural communities.

While the Rio+20 negotiations are on-going, IFAD is continuing to work with farmers’ organisations, the Rome-based agencies and other partners, to raise awareness about the challenges facing the world’s smallholders and to promote an action-oriented agenda with agriculture at the centre. We expect the negotiators will take into account the case of smallholder farmers and give them a level playing field.

Q: Can you define the position you are advancing at the Rio+20?

A: We are advocating for three big changes to today’s food and agriculture system. Of course policies need to be in place for poor rural women and men to access new technologies. After nearly three decades of declining support for agriculture, it would seem that our goal of universal food and nutrition security is more elusive than ever.

But amid the dark clouds, there are rays of hope. Because of co-ordinated efforts, the devastation caused by the famine in the Horn of Africa today was less than we have seen under similar circumstances in the past.

And because of commitments to agricultural development made in recent years – from the African Union Maputo Declaration to the G8 L’Aquila summit – we are developing the framework to ensure that food security crises, such as those witnessed today, will someday become history.

We are pushing for massive scaling up of investments in “sustainable smallholder agriculture” that can increase farmers’ productivity and incomes, improve their resilience to erratic weather conditions, and prevent the natural resource base from further degradation.

Sustainable agriculture with smallholders means we do not need to make the false choice between reducing poverty or tackling climate change. In the long run we can do both through approaches that bring agriculture planning, such as increasing crop or livestock production, together with planning in other sectors like environment, energy, and transportation. This is the only way we will get the balance of social, environmental and economic benefits that is the basis of sustainable development.

Second, smallholders are entrepreneurs who don’t have a level playing field for running their businesses. It’s incredible how much they achieve off the sweat of their brows, their traditional knowledge and their unflagging ingenuity.

Smallholders have, for generations, been adapting to changing conditions and now that climate is changing so much more rapidly, there is a lot we can learn from them. We can support them with accessible technologies that can help them adapt to the new and uncertain conditions. But their lives will not change much if they cannot connect to markets.

There are plenty of examples of smallholder farmers driving agricultural production and supplying national and even global markets. They have the potential to increase their production and contribute to feeding nine billion people by 2050.They need a little support and not handouts. Part of this will be changing the perception of the private sector to see smallholders as entrepreneurs in their own right and potential partners for business deals.

Last but not the least is that no one government or organisation can do this alone. We need better partnerships to link smallholder women and men to government institutions, civil society, the private sector and researchers. We need a new paradigm of collaboration that allows us to plan across sectors from agriculture and health, to transportation and education, as well as cross cutting ecological landscapes that do not share the borders of our human communities and activities.

Q: How would you strengthen the role of poor peasant farmers and their organisations in order to reach these objectives?

A: IFAD is one of the largest sources of financing for agriculture and rural development in many developing countries, and we support government programmes that empower smallholder farmers and their organisations to interact more effectively with their governments, with their natural environment and with markets.

We want to enable poor women and men to have a voice in decision making and governance processes and form equitable partnerships and contractual relationships. In 2011, the projects we financed supported 13,000 marketing groups, trained more than 700,000 people in business and entrepreneurship, and 2.1 million people learned about community and natural resource management. We also work with many national and regional farmers’ organisations.

My organisation is also focussed on linking smallholders to markets. Over the past 12 years, the proportion of IFAD-supported projects that include work on value chains has increased dramatically from three percent in 1999 to 46 percent 2009, and this trend continues to rise.

Q: What you are proposing seems applicable especially to rural women.

A: Absolutely. I’ve always said that the average small farmer is a woman with a baby on her back. On average, women constitute 43 percent of the agricultural labour force in developing countries – in sub-Saharan Africa as much as 50 percent – but they are poorly paid, have less secure jobs, less access to education, and have less access than men to agricultural resources such as land, livestock, credit, fertiliser and machinery.

Experience shows how rural organisations, including cooperatives, can help women to overcome the social, economic, and environmental limitations they face through lending services, such as access to markets and information. I must also emphasise that the rural youth of today are the farmers of tomorrow. Investing in young people, both girls and boys, living in rural areas is key to enhancing agricultural productivity and food security.

In effect, organisations of producers and ties to non-governmental organisations (NGOs), the scientific community, and public and private agents also help small producers, both women and men, to express their concerns and interests in order to influence policy formulation.

Last year about half of all participants in projects that we supported were women, and 60 percent of the people trained in business, entrepreneurship and community management were women. Also, a full 83 percent of active borrowers served by IFAD-supported microfinance institutions were also women – a total of about 24 million of them.

Q: In your experience, what are the conditions necessary to broaden the long-term benefits to farmers and their communities of development projects intended to combat poverty while advancing environmental preservation?

A: I think the 10 principles of our environment and natural resource policy demonstrate how deeply we believe in integrated approaches to achieve the balance of social, environmental and economic benefits we must achieve. Here they are.