WASHINGTON, Nov 12 2012 (IPS) - The media did their best to make the U.S. presidential election look important, the altar on which democracy is built. But there has been a problem ever since the Supreme Court legalised unlimited campaign spending (six billion dollars this year), thereby authorising one more freedom of expression, called “commercial speech” even though much of this speech is libellous, often neither true nor relevant. 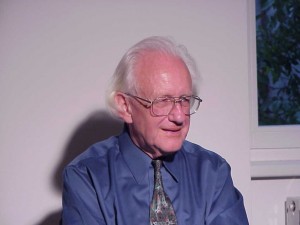 There were real disagreements, some kind of rhetorical left-right. However, the real problem lies somewhere else, not in what was said but in what was not. The list is long. The Washington Post on election day (Manuel Roig-Fanza): “A tough day for causes without a candidate”. The article mentions climate change, gun control and immigration as issues that werent picked up by either one of the party conventions, nor in the debates. But there are many more pressing problems confronting the country.

Two major lobbies advocating the use of force were left untouched: the National Rifle Association, NRA, for violence in the U.S., and the American-Israeli Political Action Committee, AIPAC, for violence abroad, mainly anti-Muslim wars.

They both exercise power through their impact on the media, denying critical politicians access to political power, thereby removing obstacles to violence. Dennis Kucinich, a voice for peace in Congress, and other critics, had the boundaries of their districts changed so that they were not reelected, fatally reducing the political spectrum in Congress and elsewhere. Both presidential candidates knew that to take them on would be suicidal.

Foreign policy was twisted in the debates to economic relations with China, trying to sound tough. But the U.S. majority cannot live without affordable Chinese goods with adequate quality/price ratios. Unless a big unless the U.S. restructures its economy from below, with cooperatives and self-employment, activating the countryside and local communities with numerous small enterprises focused on basic needs, food above all, housing and clothing, health and education, direct from producers to consumers.

No country in the world has a population so creative and cooperative. But the blossoming Occupy Movement has so far limited itself to occupation and critique, not to constructive action. They left untouched the basic change in the world: the U.S. grip on elites in other countries is loosening, in Latin America, even Africa, in the Arab awakening.

Instead they recited the “largest economy in the world” (the European Union is bigger, and China will overtake the U.S. soon) and the “strongest military power in the world” (losing Vietnam, Afghanistan, Pakistan, Iraq, Yemen, Somalia, Sudan is a strange concept of “strongest”).

Climate change: the U.S. is dragging its feet, delaying action in any international fora. Not the candidates, but Nature, in the shape of Sandy, talked, a brutal reminder of climate reality. How much is man-made is uncertain but the change is certain enough. And the self-proclaimed world leader does not lead.

Then, incredible: the fact that 16 percent are in misery and hunger, while one percent live in opulence, feeding on speculation, was drowned in glib talk about the “middle class”. Yes, it is large, and stagnant. But far from 100 percent.

Neither candidate had answers, possibly agreeing to be silent. The U.S. desperately needs more parties that are less afraid of truth (as they will not win anyhow), for democratic transparency, and open dialogue.

Does the election make a difference? What change will the second Barack Obama term bring? Obama said in his victory speech that he will focus on deficit, the taxation system, and immigration. None of the above mentioned issues. In foreign policy Mitt Romney, like George W. Bush, might have been more reckless, accelerating the fall of the empire. Obama, like Bill Clinton, is better informed, more sophisticated, holding up the fall a little longer. And democrats are more inclined to do what Israel wants.

Obamacare will continue, whatever that is worth given the rise in costs for any medical care possibly because the “state will pay”.

On Jan. 1, 2013, the debt ceiling strikes, according to the Congress consensus, with major “austerity” for those who can least afford it, touching the military gently. Misery will accelerate and so could military deployment and wars waged the Obama way, with drones and SEALs, extrajudicial executions.

Imagine a Politburo committee in China studying photos to decide whom to kill abroad for anti-Chinese activity or threats to China’s security. Or China arming Cuba and Haiti countries as close to the U.S. as Taiwan is to China to the teeth; with a fleet cruising in the Caribbean. The U.S. would find this unacceptable.

But Obama will play, “I am above the parties uniting the nation. In his first term he was leaning over backward to the Republicans and was badly punished mid-term; this time that makes Romney a de facto co-president. The Dodd-Frank finance economy reforms will be very bland, Wall Street will by and large continue its lethal games. The rich may be taxed and may find more loopholes including settling abroad. Like the French super-rich in London?

Is U.S. democracy a two-party system becoming a one-party state? If so, other countries beware. Do not imitate. Democracy is more than elections. It is also transparency and dialogue, for real change. (END/COPYRIGHT IPS)

* Johan Galtung, rector of the TRANSCEND Peace University, is author of “The Fall of the US Empire–And Then What?” ( www.transcend.org/tup)