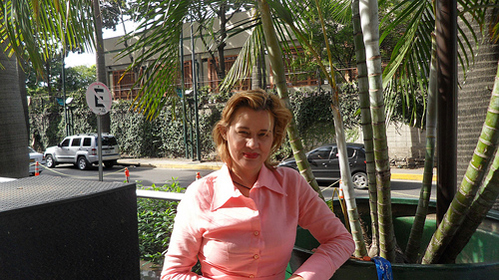 CARACAS, Dec 21 2012 (IPS) - Chagas disease, the third most serious infectious disease in Latin America, is developing a “new face” and moving into urban areas, while a new treatment may offer hope for millions of sufferers.

The new face of the disease is exemplified by Luz Maldonado, a 47-year-old teacher from Venezuela. Maldonado contracted Chagas disease by drinking contaminated fruit juice, in an outbreak that infected 103 people at a school in Chacao, an upper-middle-class neighborhood in Caracas. One child died, and the lives of the other people infected have been changed forever.

Micro-epidemics caused by contaminated food are a new phenomenon. And, according to the scientific sources consulted for this story, the disease is even more virulent when it is contracted this way, because thousands of parasites enter the bloodstream all at once. The largest of these incidents were reported in 2005 in Brazil, in December 2007 in Caracas, and in 2010 in the nearby town of Chichiriviche de la Costa.

Maldonado now lives with headaches, rashes, joint problems, memory loss, tachycardia, insomnia and depression, largely due to the side effects of the drugs she must take to fight the parasites.

Chagas disease is caused by Trypanosoma cruzi, a protozoan (single-celled) parasite that is transmitted by blood-sucking insects. According to the World Health Organization (WHO), it affects between 17 and 20 million people in Latin America.

In addition, almost 25 percent of the region’s population is at risk of contracting the disease, which kills at least 50,000 people a year.

According to WHO, Chagas disease is one of the world’s 13 most neglected tropical diseases, the third most serious infectious disease in Latin America, after HIV/AIDS and tuberculosis, and the parasitic infection with the highest morbidity and greatest socioeconomic impact in the region. The only country in Latin America to be declared free of the insect that spreads the disease, in mid-2012, is Uruguay.

However, all statistics on the disease are approximate, because “many cases are never diagnosed,” Belkisyolé Alarcón de Nola, the director of immunology at Venezuela’s Institute of Tropical Medicine (IMT), told Tierramérica*.

People whose infection goes undiagnosed either do not develop symptoms, or the symptoms are attributed to other illnesses. They may die decades later of heart failure or a stroke that is never linked to Chagas disease, explained Nola, a medical doctor and researcher who coordinates the follow-up of Chagas patients in Venezuela.

Today, “the image of Chagas disease as a rural disease of the poor has been dispelled,” she said. “We can have cases at any altitude, latitude or stratum, and we need to change the way we confront its vectors.”

Urban sprawl has invaded the natural habitat of the disease’s vectors, said Nola. Caracas, located in a valley at an altitude of 1,000 meters, “has these sort of green fingers that extend into it, and these are the areas that are most accessible for the vectors to reach people’s homes,” she explained.

Logging and the clearing of forests by the slash-and-burn technique have left little food for the “chipos”, as Triatoma infestans, the insect that spreads the disease, is commonly known in Venezuela. It goes by various names in different countries of the region, including vinchuca, chirimacha and chichi, and is referred to as the “kissing bug” in English.

“We have vectors everywhere and even more so with climate change, because the warmer the earth becomes, the greater the reproduction of the insects,” said Nola.

Transmission most commonly occurs when insects infected with the parasites bite humans, ingest their blood, and then immediately defecate. Chagas disease is contracted if the parasites in the insect feces enter the organism through a break in the skin, such as when people scratch the bites, or through other openings, such as the eyes, when people rub them.

In Caracas, there is also a secondary, “poor” vector, Panstrongyilus geniculatus, “which is clumsy and takes longer to defecate,” said Nola.

But this “poor vector” is adapting. “Drawn by the lights in homes in urban and peri-urban areas, it enters through kitchen windows, wanders over utensils and food and defecates where it pleases,” she said.

In the transition to oral infection through contaminated food, “there have been many small outbreaks, many of which have gone undiagnosed.” However, there has been no other outbreak like the one in Chacao, given its fully urban location and the large number of people infected, after drinking guava juice contaminated with infected insect feces at the municipal school.

There are two strains of the Trypanosoma cruzi parasite that cause Chagas disease. One is found from Mexico to the north of South America, and the other from Brazil to the southern tip of the continent. The first primarily damages the heart, while the second also damages the esophagus and colon.

The disease has three stages. In the first, acute stage, symptoms can be very marked or very mild and easily confused with other diseases. The second, known as the intermediate or latent stage, lasts a variable period of time – sometimes many years or even decades – and is asymptomatic.

In the final, chronic stage, “the myocardial tissue is destroyed and does not regenerate, and is replaced with fibrous tissue. The heart increases in size and no longer contracts effectively; it pumps less blood into the lungs, and cardiac insufficiency gradually sets in,” explained Nola.

There are only two drugs indicated by WHO to eradicate the parasites: nifurtimox, introduced in 1960, and benznidazole, developed in 1974.

But eradication is only partial when the parasites have lodged into deep tissue and in the chronic stage of the disease.

Moreover, the side effects of these drugs cause collateral damage. “The ones that are most feared are the neurotoxic effects, because they cause peripheral neuropathy symptoms, such as sensations of extreme cold or heat, extreme sensitivity of the feet, and severe headaches,” said Nola.

But the promising findings of two Venezuelan researchers, Julio Urbina and Gustavo Benaim, have led Argentina and Bolivia to conduct clinical trials based on their experiments, while in Venezuela, “we hope to conduct a pilot study as well,” she reported.

Benaim, head of the cell signaling and parasite biochemistry laboratory at the state-run Institute of Advanced Studies, told Tierramérica that the goal is “to attack the parasite without affecting the human being, like current treatment methods do,” as well as “to develop drugs for the chronic stage, which are currently non-existent.”

There are drugs that block the synthesis of ergosterol, such as posaconazole, which is approved by the United States Food and Drug Administration, although only for the treatment of fungal infections.

The researchers linked this fact with another clinical observation: Chagas patients whose arrhythmia (irregular heartbeat) was treated with amiodarone showed substantial improvement. “When it is applied to the parasites it is lethal for them,” Benaim enthusiastically reported in his laboratory.

Amiodarone is already used to treat arrhythmia, and 30 percent of Chagas sufferers in the United States receive it. It is not completely harmless, since it contains iodine, but its side effects are much milder than those of current treatments, said Benaim.

“We studied the mechanism of action of posaconazole and amiodarone; both of them were already known to be sterol inhibitors, but we demonstrated that amiodarone also alters the calcium regulation of the parasites,” he reported.

“Combining them boosts their effect, makes it possible to lower dosages, and cuts down on side effects,” he added.

Another new antiarrhythmic drug, dronedarone, which contains less iodine and is more easily eliminated, was also tested in their laboratory and “proved to be very successful. It is more powerful and acts more rapidly” in destroying the parasite, said Benaim.

An article on the new treatment was published in October in Nature Reviews Cardiology. In addition to Chagas disease, it can also be effective against other diseases caused by parasites, such as leishmaniasis.

“A good sterol inhibitor can bring an end to these parasitic diseases, which are viewed as diseases of the poor, and are therefore neglected,” stressed the Venezuelan researcher. In the case of diseases like these, “it isn’t profitable to conduct research into treatments for them. That is the sad reality.”
* This story was originally published by Latin American newspapers that are part of the Tierramérica network. Tierramérica is a specialised news service produced by IPS with the backing of the United Nations Development Programme, United Nations Environment Programme and the World Bank.