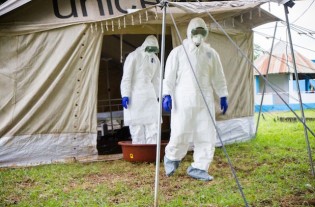 By James Jeffrey
For a while now, Magnetic Resonance Imaging or MRI scanners have typically been a luxury that both government and private hospitals in Ethiopia have struggled to afford to purchase for in-house use.

By Amy Fallon
Ever since giving birth to a stillborn baby 15 years ago, Mary*, a peasant farmer from Mubende District in central Uganda, has continuously leaked urine.

By Melany Bendix
“If I don’t have my pills, I don’t know what will happen. I will probably get sick again, very sick. Maybe I will die this time,” says Xoliswa Mbana* as she readies her four young children for school in the impoverished informal settlement of Masiphumelele, in Cape Town, South Africa.

By Zofeen Ebrahim
“I can’t imagine life without misoprostol,” says Dr. Azra Ahsan, a gynaecologist and obstetrician who has, for more than a decade, been using the controversial drug to stop women from bleeding to death after delivery.
Next Page »