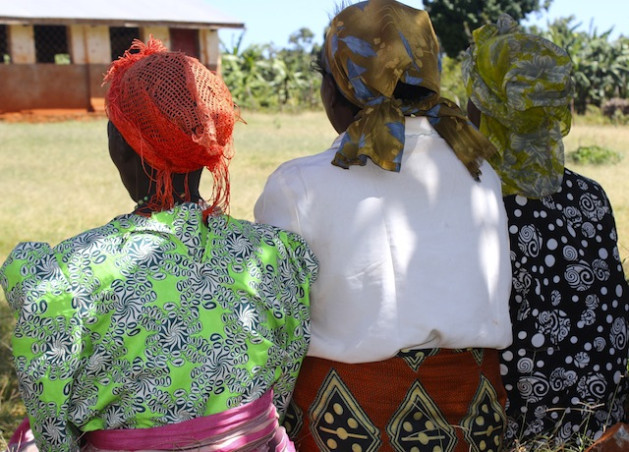 In Uganda, two percent of women of a reproductive age have experienced fistula, according to the Uganda Demographic Health Survey 2011. Credit: Amy Fallon/IPS

KAMPALA , Nov 19 2013 (IPS) - Ever since giving birth to a stillborn baby 15 years ago, Mary*, a peasant farmer from Mubende District in central Uganda, has continuously leaked urine.

“I am home all the time. I don’t go out to the market, I don’t go to church,” says the 35-year-old, speaking through a translator in a crowded ward at the Mulago National Referral Hospital in the country’s capital, Kampala.

Every time Mary drinks something, her bladder empties out the contents and she is forced to constantly pat herself dry with old clothes.

Mary’s labour lasted three days. As the nearest hospital was too far away, Mubende District is some 144 km west of Kampala, a traditional birth attendant took Mary to a small health facility when she went into labour. For 48 hours she remained there, trying to give birth to her child. On the third day she was taken to a district hospital where she was able to deliver her stillborn baby.

Abandoned by the father of her child, Mary was later ostracised by her own family.

“Even my sisters who I was living with shunned me. I am stigmatised because I smell all the time,” she tells IPS.

In Uganda, two percent of women of a reproductive age have experienced fistula, according to the Uganda Demographic Health Survey 2011. This means there are an estimated 140,000 to 200,000 women with fistula in the country, the Ugandan Ministry of Health (MoH) said in June.

“The true figures are not known because [women] do not come out, they are so stigmatised,” says Obore. “So what we see is probably the tip of the iceberg.”

Uganda grapples with an incredibly low number of surgeons who have the required training to carry out fistula repairs. Currently there are only 24 in this East African nation.

“Twenty-four in a population of about 34 to 37 million. It’s like a drop in the ocean,” national fistula specialist and specialist in the MoH, Peter Mukasa, tells IPS.

“Every hospital should be able to repair a woman with fistula.”

Mukasa says the country has 1,900 new cases a year and can operate on 2,000 women annually. But according to the MoH, the large backlog of fistula cases, coupled with the increasing number of new cases, has “surpassed the existing capacity of our health facilities to repair the cases.”

“We are in a static position; the backlog remains. It will take us so many years to eliminate this,” Mukasa says.

“As we speak now there’s a fistula being formed, one or two or three or four hundred women are getting obstructed (in labour).”

He says fistula repair costs on average about 400 dollars, including the cost of transport to hospital, hospitalisation and other care.

“It is a lot of money,” he concedes, adding that in Uganda the expense is mainly catered for by the United Nations Population Fund (UNFPA).

Ethiopia, where according to the World Health Organisation at least 8,000 women develop new fistulas every year, is home to the world’s first dedicated fistula hospital, the Addis Ababa Fistula Hospital. But Obore insists a similar facility is not needed in Uganda.

“We are hoping to kick out fistula, so there’s no reason why we should have a dedicated hospital,” she says.

“Empowerment of women is one of the best ways to prevent fistula,” Obore adds.

Those most vulnerable to contracting fistula are young, illiterate and rural dwellers.

Worldwide, there are over two million women in Africa, Asia and the Arab region living with untreated obstetric fistula, according to the global Campaign to End Fistula, a programme by UNFPA and various partners.

Between 50,000 and 100,000 new cases of fistula, treatable through reconstructive surgery, occur globally each year, according to UNFPA.

The last camp was held in early September and 15 patients had surgery. For nine of them, the surgery was successful. The remaining four women still require a second operation, which will take place during the next camp that begins on Jan. 18, says the managing director of UVP’s Iganga office, Kait Maloney.

Mary was not aware she could be operated on until she heard a radio announcement. The first surgery she had at a rural hospital was unsuccessful. She was referred to the Mulago National Referral Hospital, where she will be operated on in the coming months.

“I’m happy to have the surgery. I have no problem going for it,” she says.

But Mary says that even after she has the surgery she will still think about her fistula. She acknowledges that it is unlikely she will have another baby because of her ordeal.