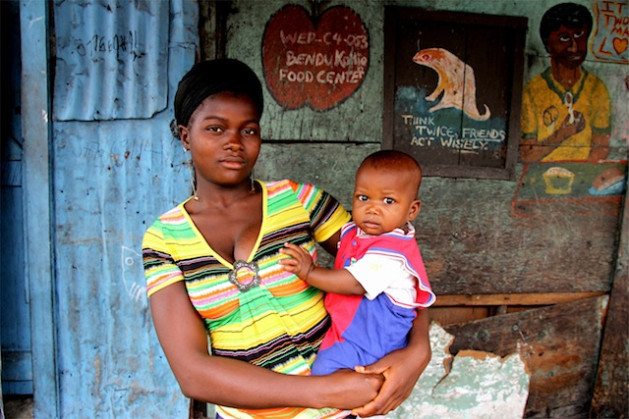 A mother and her child from West Point, a low-income neighbourhood of Monrovia, Liberia. The 10-worst countries to be a mother in are all in sub-Saharan Africa. Credit: Travis Lupick/IPS

NAIROBI , May 19 2013 (IPS) - Victoria J. married in 2009 at age 14, and became pregnant shortly after. “I started labour in the morning on a Friday …. The nurse kept checking and saying I would deliver safely. On Monday she said I was weak.

“The doctor decided to operate on me. (During the) operation they found the baby was dead. The doctor said the baby had died due to the long labour. After that, I found out that urine was coming out all the time,” she said.

Women and girls like Victoria in Kenya, South Africa and South Sudan also spoke to us about pregnancy and childbirth. Sadly, too many of their stories were not about the joy of having a child, but about abuse, neglect and pain.

In interviews and reporting across Africa, Human Rights Watch heard from girls who knew too little about sexuality and family planning when they were forced into marriage and pregnancy.

We spoke to girls who were married and conceived when their bodies were not mature enough to go safely through pregnancy and delivery. Women and girls also told of health centres that were poorly staffed and ill-equipped to handle obstetric complications.

They described not having enough money for transportation to government health facilities or to pay the high cost of giving birth there. Women described the shortage of ambulances to transport them when they needed specialised care, abuse and negligence by health workers, and the absence of a complaints process to notify the facilities of mistreatment and other problems.

Sadly, we spoke with the families of those women and girls who did not survive pregnancy and could not tell their own stories.

Significant global and regional progress has been made to reduce the number of preventable maternal deaths: data released in 2012 by the United Nations shows that the number of women worldwide dying of pregnancy and childbirth-related complications has almost halved in the last 20 years. 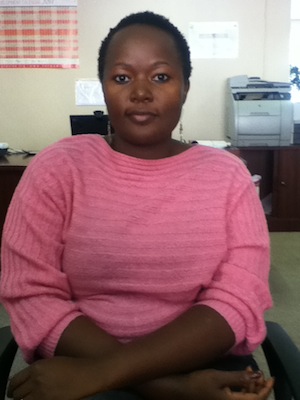 The report, “Trends in Maternal Mortality: 1990 to 2010”, shows that sub-Saharan Africa saw a 41 percent reduction in maternal death. Despite these promising results — in a region that bears a disproportionate burden of maternal mortality — the progress is still too slow and uneven.

The 10-worst countries to be a mother in, according to Plan International’s “State of the world’s mothers report”, are all in sub-Saharan Africa. In addition to the unacceptably high numbers of women who die, African women also suffer disproportionately from childbirth injuries.

One of the most devastating is the obstetric fistula that Victoria suffered from, which leads to constant leakage of urine and stool. Fistula can be prevented or treated and hardly exists in the developed world.

As the African Union (AU) celebrates 50 years of existence on May 25, it should put a spotlight on the human rights of African women and girls.

The AU adopted the Maputo Protocol in 2003. Of the 54 AU member countries, 36 have ratified it. The protocol is unique in that it focuses on issues that affect women in Africa the most and covers topics that are not included in international treaties, including CEDAW (Committee on the Elimination of Discrimination against Women), the women’s rights convention.

It is in the area of reproductive rights that the protocol is most ground-breaking. Article 14 calls on governments to provide adequate, affordable and accessible health services and to establish and strengthen existing health and nutritional services for women during pregnancy and while they are breast-feeding.

Importantly, it calls on governments to protect the reproductive rights of women by authorising medical abortion in cases of sexual assault, rape, incest, and where there is a risk to the health or life of the mother or the foetus.

There are many other commitments and declarations, at least on paper, promoting maternal health in Africa. In 2008, the AU passed a resolution on maternal mortality in Africa, well before the U.N. Human Rights Council did so, that recognised that preventable maternal mortality is a violation of women’s right to life, health and dignity. It included recommendations to improve health financing and accountability.

The AU’s campaign on Accelerated Reduction of Maternal Mortality in Africa features the theme “Africa Cares: No Woman Should Die While Giving Life,” to mobilise political commitment and resources to help reduce maternal deaths.

The campaign includes a focus on improving monitoring of health systems. Since its launch in 2009, 37 countries have joined the campaign and signed on to its pledge.

While these commitments are important, it is time African governments be held accountable for failing to meet them.

To date, accountability has not been one of the AU’s strong points — but that can change. While the AU recognises that member states have not done enough to reduce maternal deaths, there is no effective monitoring and reporting mechanism at the regional level on what countries are doing to fulfil their promises, and where they are lacking. Establishing such a mechanism could enable countries to identify failings and needs, and to learn from each other’s best practices.

It is time for the governments and leaders of Africa to honour their commitments to women. It is time for Africa and the AU to ensure that no woman should die while giving life.