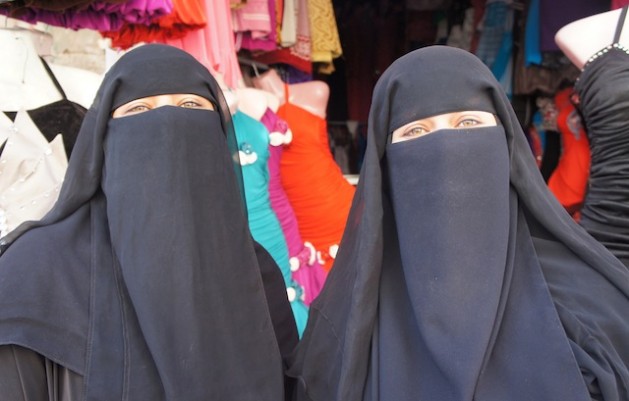 SANA'A, Jan 5 2013 (IPS) - Yemeni women have played an integral role in the protests against ex-President Ali Abdullah Saleh’s 33-year regime last year. But despite the country’s upcoming political ‘National Dialogue’ – brokered by Gulf Cooperation Council (GCC) countries and intended to bring together a cross-section of Yemeni constituencies – females still face a wall of discriminatory laws and practices, and a status quo willing to enforce them.

“Broken inside” is how a staff member describes Nadia, 25, at a Sanaa women’s shelter. From a rural, hilly village north of the capital, Nadia was forced into a ‘swap marriage’ to save her brother the high cost of a dowry. Commonly practised by impoverished families, it involved Nadia marrying into the family of her brother’s bride-to-be.

The risk of the supposedly neat financial solution is if one couple breaks their part of the bargain and divorces, the other is forced to do the same. In this case, Nadia’s refusal to move in with her new husband had devastating consequences.

When Nadia’s mother discovered her sons were planning to kill Nadia as punishment, both mother and daughter were expelled from the family home. Nadia started work as a maid for a local sheikh, but life got worse when he sold her for profit to a Yemeni labourer in Saudi Arabia.

The final blow came when her new husband tried to force a pregnant Nadia into a life of prostitution with Saudi Arabian clientele. She ran away with her mother, eventually finding safety at the secret shelter referred by the Yemeni Women’s Union, where they have lived ever since.

Acute gender discrimination was not always on the books. Before Yemen’s unification in 1990, women in the coastal south enjoyed more rights and empowerment than their counterparts in the mountainous and conservative north. But since the bloody civil war of 1994, constitutional amendments have turned the clock back.

The minimum age of 15 for marriage was struck from the books in 1999. A decade later, conservative parliamentarians stymied efforts to introduce a law setting the age threshold at 17 years. There is no current age cut-off, and marriage only requires a guardian’s consent, and permits sex when the girl reaches puberty.

A lack of education and professional careers, health complications and domestic violence are all commonly tied to early or forced marriages.

Women are also required to obey their husbands in all matters, or risk losing economic support. A man can marry up to four times, granted that he notify his wives and can support them all. He can also nullify his marriage in an oral statement to her, instantaneously.

Yemen’s penal code is also heavily skewed in favour of men who commit ‘honour killings’, like murdering women accused of having sex outside of marriage. Husbands who murder adulterous wives receive a one-year maximum prison sentence, or a fine.

Sarah Jamal Ahmad, 24, a dynamic activist on the frontlines of the protests in Sanaa last year, is one of the women fighting for gender equity in the National Dialogue process, the constitution and laws.

She maintains that one place to start is implementing a government gender quota system with quality candidates to break the discriminatory deadlock.

“Every time I talk about the quota I have to be clear that I am pro-50 percent quota,” Ahmad says. “But right now I’m fighting for 30 percent and we want a quality 30 percent, not just quantity.” She adds, “It’s not about having a number as much as how many – and who.”

The decrepit port city Aden sprawls around a hulking volcano on the Indian Ocean. Its rulers differed from those in Yemen’s north. Aden was colonised by the British until 1967, and then morphed into part of the Soviet-backed People’s Democratic Republic of Yemen.

The women who staff the women’s organisations here are former professionals like lawyers, businesswomen and political candidates who had their careers cut short.

“The north won the war, captured everything, and the government in Sanaa told us to go home,” says Dr. Khadija Alhirsi, a former geological engineer and now director of the Solidarity Association for Development.

Fatima Meresse, head of the Yemeni Women’s Union in Aden, agrees. “Before unification it was the best time for women. There was a family law that gave us rights. But things changed in 1994 – they took all our professions away and changed the laws. It feels we are going backward.”

One woman that Meresse is adamant to help is Susan Shehab. A 50-year-old teacher with a drawn, melancholy face, Shehab was married for 30 years. She says her drunken husband beat her for the last ten of those years.

Shehab weeps as she recounts the abuse. She once went to a police station, her body and face gravely battered, but was turned away because she says her husband paid the officers a bribe. He forced her to sign over her ownership deed for the family home under duress, and kicked her out.

She now rents an apartment alone, and her divorce and property trials are tied up in Aden’s courts. The Yemeni Women’s Union has lent her a lawyer.

“It seems there is a game – that my husband is giving the judge money,” Shehab says. “My husband has threatened our sons. They have not said anything because they are scared.”

Meresse tells of a similar case, when a husband divorced his wife and tried to kick her out of their home. “We brought about 20 women and men to support her,” she says. “We made a barrier wall around her and there was a lawyer who supported this. This case is still going on – it is unique.” (End)