UNITED NATIONS, Feb 25 2013 (IPS) - Lesedi Mogoatlhe has dedicated her life to empowering African youth by helping them to find their voices through radio journalism.

In a time of economic, cultural and political challenges, young South Africans face extraordinarily difficult issues. As teens, they worry about their friends, families, education and social standing, but must as South Africans also deal with the harsh realities of poverty, disease and violence. 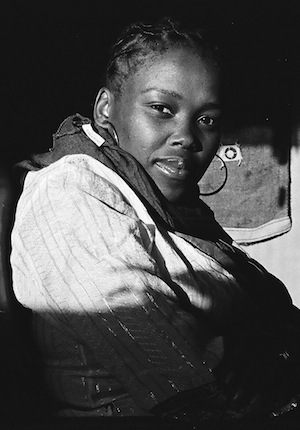 “It’s tempting to list the number of challenges and inequalities faced by the people on the continent, to talk about how the natural resources are being misused, or how corruption has become synonymous with African leadership,” Mogoatlhe told IPS, “but this seems like a futile exercise if I can’t contribute solutions to these problems.”

Having a voice is essential to having a livelihood, and through organisations like the Children’s Radio Foundation and trainers like Mogoatlhe, more and more youth are becoming equipped with basic communication skills that do more than simply allowing them to say how they feel.

Joan Erakit spoke with Mogoatlhe about her work in radio journalism for youth in South Africa and its impact on young people’s lives. Excerpts of the interview follow.

Q: You train youth to empower not only themselves but also their communities through radio journalism. What sort of trends have you begun to see?

A: Youth that come from rural environments are hungrier for knowledge than youth in urban environments. They seem to be more focused and curious about opportunities that come to them, and they tend to be better at organising themselves and using everything that the platform of radio brings their way.

I’ve also realised that the first moment of empowerment that occurs for the youth happens when they have a microphone to speak through. Something about having their voices amplified seems to also amplify everything else about them.

Q: How do the youth you work with respond to the various economic, cultural and political aspects of their country?

But the one thing that is apparent in our collective paradigm is a lack of platforms for our voices to be heard—platforms where we can speak about the day-to-day issues that we face, whether they deal with education, racial discrimination, gender inequality, violence, stigma or lack of job opportunities.

Our struggle is not as black and white as that of our parents, who lived under Apartheid. Our parents were asking, “When until freedom?” We are asking, “What is freedom?”

Q: Do the youth feel that their voices are heard, either through the radio or outside of it?

A: For the majority of the youth in South Africa, some come from rural areas where they don’t have access to news, and what are challenging issues for them doesn’t make the news. They are underrepresented in the media. Questioning adults in their homes and communities is unheard of, and their opinions are not sought when important decisions need to be made for the whole society.

Through the radio projects that we’ve started, youth are talking about teenage pregnancy, alcohol abuse, living with HIV and what these things really mean to them. They are telling us that commonly held perceptions of them are changing since being on radio, instead of being labelled as misguided or lazy, they are now seen as leaders and ambassadors for their communities.

Q: In your work, how do you address the experience of living with HIV?

A: I am currently training a group of HIV-infected youth from Khayelitsha to become radio journalists. My contribution in the process is to encourage their sharing, to praise their learning, teach them skills and to remind them of the good or bad impact that their stories can have once they are broadcast.

If a student wants to disclose their status because they feel safe in the anonymity that radio provides, then I ask them if they would rather do it under a pseudonym. I do not necessarily get involved with trying to solve the issues that may come up.

In this particular project, the co-facilitator is a HIV counsellor and activist, someone that the youth trust. We also start the training workshop with a module on confidentiality and ethics; we create house rules that build a sense of trust between us.

A: The work that CRF does is important because it targets youth that are underprivileged and have very few opportunities. Through the radio projects, youth not only have a space to voice their stories and opinions, but they also learn communication skills, radio skills and researching skills that they can take into the future.

Through radio, youth can begin to question what doesn’t work for them in their communities, come to solutions and advocate for change; they become agents of social change. They are able to communicate in their indigenous languages and learn about what is happening in other communities as well.

We recently launched a Young Reporters Network in South Africa that includes 15 youth reporters from 12 different radio sites around the country. The youth are producing weekly shows focused on social issues, and they share these shows amongst each other via an audio sharing social media platform called Soundcloud. Through this model, they are able to report on what is happening with their peers in remote parts of the country that are not covered in mainstream media.

Some of the youth who may not have an opportunity to speak in a class of 40 students will have an opportunity to speak through a microphone and be heard by many. Radio helps youth to be seen and noticed, and it fuels confidence. In a country where youth make up the majority of the population, it is imperative for their opinions and voices to play a role in shaping the future they will inherit.