In this column, Kumi Naidoo executive director of Greenpeace International, writes about the increasing trend of people who support green energy in face of environment changes, but how these pioneers will have to contend with corporations who profit from an obsolete carbon-based energy system and are not willing to change.

LONDON, Mar 11 2013 (IPS) - When the environment changes, smart creatures adapt. And, in the face of a changing climate and changing economics, smart people are backing green energy. In 2011 almost a third of new electricity came from renewable sources. But, just as the first mammals had to contend with a world of dinosaurs, the pioneers of green energy have to contend with a world based on an obsolete carbon-based energy system that refuses to upgrade. 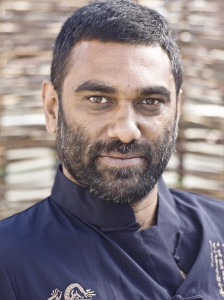 Although burning the world’s proven fossil fuel reserves will damage our climate beyond repair the dinosaur corporations who profit from carbon pollution are determined to find more. Shell’s 2012 annual report claims the company is doing its part in “building a better energy future”, but highlights developing oil fields, exploring for oil and gas, and mining oil sands as key activities. That means finding more fossil fuels that we can’t afford to burn, and trying to sell them to customers who, in reality, have or should have better options.

The latest madness is “fracking”: a technique of drilling for gas in which a high pressure cocktail of water and toxic chemicals is used to split open rock formations far below the ground. The unconventional fuel expansion is, in fact, a delaying tactic. Fracking, deepwater drilling and tar sands extraction are dangerous fossil fuel fantasies in which we are supposed to think we can postpone the energy revolution and not move firmly in the direction of renewable energy. This delaying tactic has a massive price associated with it.

Fracking requires huge quantities of water. It also threatens to poison nearby water reserves and cause small earthquakes. It also releases unknown quantities of methane, a potent greenhouse gas.

In my own country, South Africa, Shell has been given a licence to explore the possibility of fracking in Karoo, threatening to turn a semi-desert into a total desert. Shell promises jobs and enough energy to power South Africa for years. These are the same promises extractive industries make everywhere they go.

Everywhere they go they do more than extract raw materials. They extract wealth and hope. Just ask the people of Nigeria. Or Venezuela. Or even Canada, where indigenous peoples have seen their rivers poisoned and traditional ways of life destroyed.

If South Africa wants jobs and energy it should withdraw the licence today, and remove all grey area around grid tie-in legislation, beginning with a clear net metering programme that allows for the inclusion of the small to medium renewable energy power producers. A nation blessed with enough sun, wind and waves to power itself has no need to sell its future. Nor to rupture its land for gas!

Fossil fuel companies claim fracking is clean, because burning gas emits less carbon than burning coal. Well, assault isn’t murder, but it’s still a crime. The world doesn’t need more gas to burn. There’s no need to lock emerging economies into nineteenth century technologies. Modern energy supplies are cleaner, cheaper and lack the destructive side effects of ripping up the ground in order to set it on fire.

The push for new extreme dirty energy forms is happening at a time when global carbon dioxide emission growth has been exceeding even the most pessimistic forecasts, and the impacts of climate change are already being felt. Pouring money into new fossil fuel production seems absurd in these conditions. At the same time, the amazing progress in renewable energy that has been achieved in recent years makes it abundantly clear that these destructive projects can be made redundant. We just don’t need dirty energy expansion.

Just as fixed line telephony has been passed over in favour of mobile phones, fossil fueled energy needs to be passed over in favour of modern renewable energy. The kind of domestic electrification needed to end fuel poverty can be delivered to a home by a few solar panels in hours, compared with the wait for a reliable national grid that in many countries has already been going on for decades.

In the absence of a global agreement on greenhouse gas emission reductions, it falls on every government – national and local — and business to implement clean and safe energy solutions, instead of scouring the ends of the earth for more dirty fuel.

And, it falls on every citizen to demand the extinction of the carbon dinosaurs.