Helen Clark, Administrator of the United Nations Development Programme, notes ahead of the BRICS summit that while the South still needs the North, the North also increasingly needs the South. 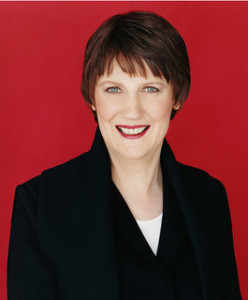 The summit’s intent is to promote global policy reforms, and to draw on their own national experiences and comparative advantages to help solve global problems.

The gathering is important: it is another sign that the world as we knew it is quickly changing.

High on the BRICS agenda is a commitment to kick-start the stalled Doha round of world trade talks and to push for fairer rules governing commerce in agriculture and other critical areas. The BRICS bloc will also be exploring ways to boost growth and overall development progress in Africa through expanded trade, investment, technology transfer, and financial support.

In one especially bold initiative under consideration, the five countries will examine proposals to create their own BRICS development bank.

The readiness of the BRICS countries to offer their own new international development initiatives and policy ideas is a clear manifestation of the changing global development landscape examined in UNDP’s newly released 2013 Human Development Report, “The Rise of the South: Human Progress in a Diverse World”.

This dramatic change in global dynamics, however, goes well beyond the BRICS. More than forty developing countries are estimated to have made unusually rapid human development strides in recent decades, according to the Report. Together, they represent most of the world’s population and a growing proportion of its trade and economic output.

The progress of these fast mover countries measured in human development terms has accelerated markedly in the past decade. These geographically, culturally, and politically varied countries share a keen sense of pragmatism and a commitment to people, as seen through investments in education, health care, and social protection, and their engagement with the global economy. Neither rigid command economies nor laissez-faire free marketeers, they are guided by what works in their own national circumstances.

The BRICS countries themselves, while not alone, are key movers behind the rise of the South. As the 2013 global Human Development Report documents, they are contributing to development elsewhere in the South through trade, investment, and bilateral assistance. There are now many opportunities to harness the collective experiences of the rising South for the benefit of those countries not developing as fast.

The 2013 Report proposes convening a new “South Commission”, drawing on the pioneering example of the South Commission led in the late 1980s by Julius Nyerere, then president of Tanzania, and Manmohan Singh, now prime minister of India.

Through such a commission, leaders of the South could put forward their own recommendations for more inclusive and effective global governance in the 21st century.

As the BRICS summit demonstrates, the nations of the South are not standing still, waiting for reforms to happen in global governance. They are putting increasing energy and resources into newer instruments of political and economic co-operation, including regional institutions from Southeast Asia, southern Africa, and South America, to the Gulf States, the Caribbean, and West Africa’s ECOWAS group.

They have good reason to do so. If better coordinated, through what the 2013 Report terms “coherent pluralism,” with a clear consensus on shared goals, this evolving ecosystem of bilateral, regional, and international groupings can help advance sustainable human development in decades to come.

Yet the system of global governance devised in the mid-20th century is increasingly distanced from 21st century realities. China, for example, is the world’s second biggest economy, and holds more than 3 trillion dollars in foreign exchange reserves – more than all of Europe combined. Yet it has a smaller voting share in the World Bank than do France or the United Kingdom. Africa and Latin America also have issues of under-representation in important world fora.

The rise of the South does not imply an eclipse of the North. Human development is not a zero-sum game. People everywhere benefit from a healthier, better educated, more prosperous, and more stable world. A better-balanced North-South partnership can help achieve those goals.

A greater voice for the South also means greater responsibility, with shared accountability for solving problems and sustaining progress. A more engaged, successful South, meanwhile, helps the North, through its economic dynamism and collaboration on global challenges. As the 2013 Human Development Report says, the South still needs the North, but, increasingly, the North also needs the South.