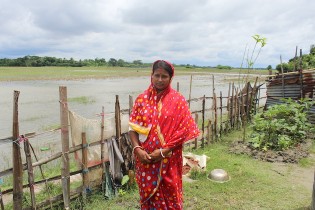 By Jen Stephens
Helping at-risk communities adapt to climate change impacts is an important part of the Paris Climate Change agreement, but adaptation will not be complete without considering disaster risk.

By Lucy Westcott
In the aftermath of the global economic crisis and with three years to go until the 2015 deadline of the Millennium Development Goals, global leaders are struggling to formulate a post-2015 agenda that can address the widespread dilemmas of employment and inclusive growth.

By Milagros Salazar
“Are you a park ranger?” IPS asked. “No, I am one of the owners of the territory,” Ángel Durán responded in a firm voice. The Bolivian indigenous leader is in this northern Australian city along with 1,200 other native delegates from over 50 countries for the World Indigenous Network (WIN) conference.
Next Page »
ADVERTISEMENT ADVERTISEMENT