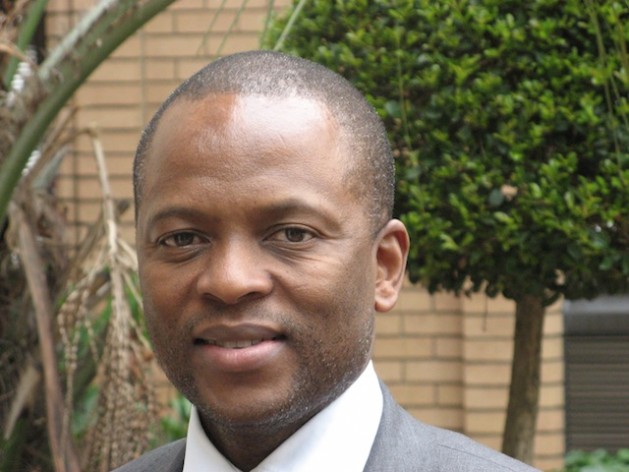 Sandile Zungu, the Secretary of South Africa’s Black Business Council said there is no doubt that the BRICS Development Bank will be a welcome development. Credit: John Fraser/IPS

JOHANNESBURG, Feb 28 2013 (IPS) - Emerging market leaders want their Brazil, Russia, India, China and South Africa club to be taken seriously, and next month they are expected to make a decisive move towards setting up a development bank to give it real substance and credibility.

“There is no doubt that the BRICS Development Bank will be a welcome development,” Sandile Zungu, the Secretary of South Africa’s Black Business Council, told IPS.

“The need for the bank is fairly obvious if you look at the growing trade among the BRICS countries and the frustrations these countries have had with existing development financing institutions like the World Bank and the IMF,”  he said.

Zungu particularly pointed to existing bureaucracy, the criteria for lending, the conditions attached to loans and the slow pace in processing applications.

“Then there’s the fact these countries have such massive infrastructure roll-out programmes, which gives all the more reason to create this bank – the need is there.”

Infrastructure financing within BRICS will indeed be a key focus of the bank, along with alternative models of cooperation to finance such projects, according to Hannah Edinger, head of Research and Strategy at emerging-markets consultancy group Frontier Advisory.

South African Finance Minister Pravin Gordhan earlier this week told parliament that the the bank’s establishment is “intended to mobilise domestic savings”  to co-fund these infrastructure projects in developing regions.

Talking to IPS, Edinger said that at least 15 trillion dollars is required in the BRICS countries over the next 10 to 20 years to finance such projects, especially in India and South Africa.

At a recent press briefing, Lynette Chen, Chief Executive Officer of the New Partnership of Africa’s Development Business Foundation, estimated that there cirrently is a 480-billion-dollar deficit in funding for infrastructure in Africa, which the new BRICS bank should help to tackle.

“The BRICS Development Bank could become the lender of choice for Africa,” Chen said.

“Other areas of finance include green technology projects, biofuels, dams and nuclear power plants in Africa,” according to Edinger. “Yet, financing to the African continent is expected to be a smaller share of total financing extended to the BRICS.”

While there will be some scope to fund environmentally friendly projects in Africa,  this will not initially be the prime focus of the new Bank, the strategist said.

Projects with a focus on sustainable development and climate change will be part of the mix particularly where they concern “larger and cross-border infrastructure-type projects in the transportation and power sectors, to promote regional integration and regional market building,” according to Edinger.

While the upcoming BRICS Summit in Durban at the end of March will be the first to be hosted on African soil,  officials have been holding a series of meetings in countries to ensure that the political club is given a real economic backbone.

Zungu predicted that the new bank would “cement” the BRICS spirit of co-operation by giving a tangible institutional foundation.

Edinger agreed. “The establishment of the BRICS Development Bank will be an important milestone for the BRICS grouping as it would add credibility, substance and ownership of the BRICS concept as the first institution coming out of this club.”

She said that while a number of working groups and forums exist as part of the BRICS mechanism, the establishment of the bank would signal a move away from just being a political discussion forum that proposes reforming the international financial system, creating a vehicle that is more attuned with the interests of the BRICS emerging markets, as well as the interests of the greater Global South.

“The bank would also give a sense of assurance to private financiers,” according to Chen. She agreed that many infrastructure projects in Africa would be cross-border, involving “development corridors.”

Economist Jeremy Stevens of South Africa’s Standard Bank, who is based in China, told IPS that more clarity about the bank would emerge in Durban.

“The main ambition of the bank is to direct development in a manner that reflects the BRICS’ priorities and competencies. Therefore, the bank will focus on infrastructure development and providing auxiliary support for project preparation, like feasibility studies,” according to Stevens.

The BRICS Development Bank provides an institutional underpinning to the group,  Stevens said,  while “contributing constructively to the development of more robust and inter-dependent ties between the BRICS members.”

He predicted that the scope of the bank’s activities might initially be limited, but could expand as it grows over time. He also asserted that its role would not be as a rival to existing development financing institutions, but as an auxiliary source of funding.

The symbolism of Shanghai

China is the largest economy in the BRICS and is expected to press for the new BRICS Development Bank to be headquartered in Shanghai, and for it to operate in the Chinese currency, the yuan.

“One part of this is to have a stronger and more flexible, market-determined, exchange rate. This, in turn, requires that the currency be traded openly like any other currency, and therefore be internationalised.

“China’s authorities hope that the currency will become as important as its economy, so as to allow local (Chinese) companies and investors the ability to quote in their own currency.”

He said that progress on this has been “slow but steady” but was not convinced that the benefits to China from its currency being used by the BRICS Development Bank would go much beyond the symbolic.

“I’m not sure that it means very much,” he said.

“This would just be the currency of denomination – practically, the yuan would have to be converted into dollars or another international currency when transactions with third parties are being made.”