OP-ED: Morsi, the Muslim Brotherhood and Democracy: A Sputtering Start 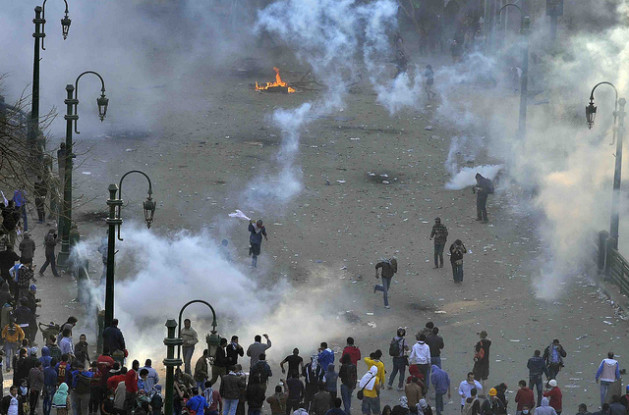 WASHINGTON, Apr 9 2013 (IPS) - The governing programme of Egyptian President Muhammad Morsi and his Muslim Brotherhood has been disappointing. His commitment to genuine democracy has been faltering, and his efforts at inclusion and political tolerance have been wanting.

Morsi’s actions against the Egyptian comedian Basim Yousif belie his initial statements supporting tolerance, inclusion, and freedom of expression. Humor is the backbone of a mature democracy; muzzling the voices of dissent is an omen of a budding dictatorship.

These actions unfortunately confirm the suspicions of many Arab secularists, liberals, and non-Muslim Brotherhood citizens that once the MB reaches power through elections, they would scuttle democracy and replace it with their version of theocratic rule or divine hukm.

Morsi’s intolerance of secularists, women, Christians, and even liberal judges is generating fears in Egypt and elsewhere that the country has replaced the secular Mubarak dictatorship with a theocratic autocracy. Morsi’s rule does not allow a diversity of views, and the Muslim Brotherhood’s interpretation of the role of religion in the state has emerged as the guiding principle for governing Egypt.

This disturbing phenomenon does not bode well for political Islam, especially as Islamic political parties become majorities in Arab and Muslim governments.

My former government colleagues and I have argued for years that as part of government, Islamic political parties would focus on “bread and butter” issues and relegate their religious ideology to the backburner. We believed their policy concerns would trump their ideology.

As minority government partners in Egypt, Lebanon, Kuwait, Bahrain, Jordan, Morocco, Yemen, Malaysia, and Indonesia, Islamic parties focused on legislation that responded to the needs of their constituents, bargained with other parties to pass needed legislation regulating commerce, transportation, power, energy, food prices, and other issues of concern to their citizens.

They generally were not elected or re-elected because of their Islamic credentials and did not use their Islamic ideology to govern. They promoted moderate platforms during their election campaign and generally have governed as responsible factions in their respective parliaments.

As we briefed senior policymakers, we highlighted the difference between mainstream political parties, including the Muslim Brotherhood and its offshoots in Jordan, Palestine, Morocco, and elsewhere, and extremist Islamic groups, which did not believe in man-made democracy and inclusive government.

The Turkish Justice and Development Party or AKP, which became the first Sunni majority governing party in the region, emerged as the poster child of our briefings. It governed democratically, defended Turkish secularism, and encouraged inclusion in the economic and political life of Turkey. Despite its Islamic roots, AKP supported the democratic notion of separating religion from politics.

Many had hoped the Muslim Brotherhood would bring a similar governing model to Egypt. In fact, that was the promise that President Morsi made upon his election as president. He consolidated his power the first one hundred days, but since then he’s begun to consolidate his control in undemocratic ways based on a constitution that he helped push through hastily and without much public discussion.

How can Morsi recapture democracy and move Egypt in the right direction?

First, rescind the sham constitution and replace it with a constitution that reflects the diverse political ideologies in Egyptian society. Second, include secularists, women, Christians, and non-MB leaders in high positions in government and promote a national programme of tolerance toward these groups and punish those who engage in sectarian and gender hate crimes.

Third, hold open, free elections for the next parliament, with much simpler and straightforward voting procedures and without stacking the decks in favour of the Muslim Brotherhood.

Fourth, create a major fund to support young men and women in start-up initiatives in technology and entrepreneurship to develop businesses and create jobs. The young generation must have tangible incentives to have a stake in society in order to help build a prosperous future.

Fifth, convene a series of high-level meetings of leaders – men and women – from across Egyptian society from the business, banking, and tourism community, the professions, civil society, academia, and the high tech industry, with different political, social, and religious ideologies to discuss the immediate future of Egypt and develop specific strategies of how to get there.

The Muslim Brotherhood has no monopoly on the future vision of Egypt. If Morsi is to be the president of all of Egypt, he must take concrete steps to alleviate his citizens’ concerns about his leadership, create jobs for the youth, and partner with leaders of different ideological stripes to build a more democratic Egypt.

Egypt is endowed with a rich culture and a diverse social fabric and could not possibly prosper under a theocracy. Putting the country on the right path will be Morsi’s greatest legacy.

*Emile Nakhleh, a former Senior Intelligence Service Officer, is a Research Professor at the University of New Mexico and author of “A Necessary Engagement: Reinventing America’s Relations with the Muslim World.”