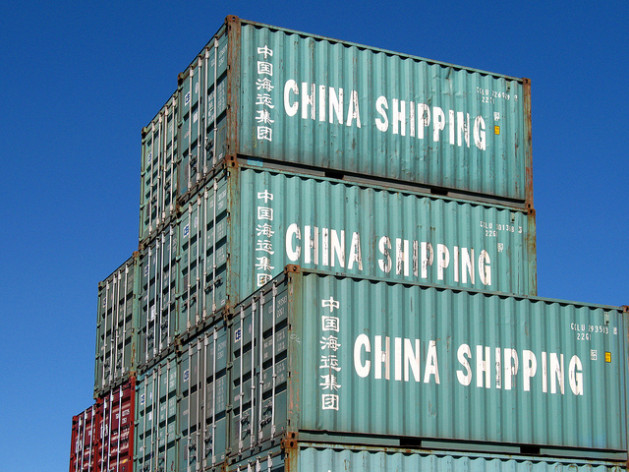 China and India are expected to be the largest investors by 2030, accounting for 38 percent of all global investment. Credit: Bigstock

WASHINGTON, May 17 2013 (IPS) - Over the next decade and a half, a major global shift will result in the developing world controlling roughly half of the world’s capital, up from less than a third today.

According to new scenarios released Thursday by the World Bank, developing countries could control some 158 trillion dollars (at 2010 rates) by 2030, particularly in East Asia and Latin America. By that time, the developing world could account for 87 to 93 percent of global growth.

“It’s one thing for the pie to be increasing, but how equitably is it being distributed?” -- Economist Dev Kar

Under certain scenarios, “financial markets in economies like Brazil, India, and those of the Middle East will develop considerably, with these countries attaining, by 2030, a level of financial development comparable to the United States in the early 1980s,” a new report from the Washington-based development lender states. “Similarly, the quality of institutions in developing countries will tend to improve significantly.”

This analysis suggests that developing countries will soon gain the resources necessary to bankroll the major investments that the bank says will be necessary, particularly in infrastructure and services. This would mark a stark contrast with the past.

Further, World Bank analysts foresee a massive escalation of global investment from these countries. Whereas in 2000 international investment from developing economies constituted just a fifth of the global total, this could now triple over the next decade and a half.

“By 2030, for every dollar invested around the world, 66 cents will be in developing countries. That’s a dramatic change, as for almost four decades such investments made up just 20 cents on the dollar.”

In fact, Bussolo suggests that developing countries will overtake the developed world in this regard much sooner, perhaps by the end of this decade.

China and India are expected to be the largest investors by 2030, accounting for 38 percent of all global investment, almost as much as all high-income countries combined. In fact, China alone could be responsible for nearly a third of global investment by that time, the bank says, while Brazil, India and Russia will together constitute a larger investment bloc than the United States, at around 13 percent.

This means that total investments in the developing world could be half again as large as among developed countries, at 15 versus 10 trillion dollars.

Such changes will require the exponential development and strengthening of financial sectors in developing countries, as emerging economies inevitably move to quickly integrate with the international financial system in a way never before seen.

“Developing countries are currently almost absent from international financial markets, so you can see that we have a very long way to go in a historically short time period – 15 or 20 years for developing financial markets is not long,” Hans Timmer, director of the Development Prospects Group at the World Bank, told reporters.

“But we have seen in high-income countries that if you deregulate too rapidly you have a very dangerous situation. So we have a dilemma: the role of developing countries is increasing very rapidly, but we must deepen these financial markets only very gradually.”

Already, weak financial systems across the developing world are allowing for illicit outflows of capital that are at times far greater than the countries’ external debt, inexorably impacting on those countries’ ability to finance their public sector.

One report last year estimated that North African countries alone lost nearly a half-trillion dollars over the past four decades, almost the equivalent of their combined gross domestic product for 2010.

“It’s important to note that the World Bank is only talking about recorded capital here, but there’s so much illicit capital currently sloshing around that the multilateral institutions haven’t yet gotten their heads around,” Dev Kar, formerly with the International Monetary Fund (IMF) and currently the chief economist with Global Financial Integrity, a Washington advocacy group, told IPS.

“Our studies suggest that the unrecorded capital coming from developing countries is absolutely huge – the losers are losing far more than the gainers are gaining. As a result of these developments, you can understand why the North African countries blew up, as that kind of massive outflow of resources must have some kind of social impact.”

Of potentially considerable concern in the bank’s projections is where this new wealth will end up being concentrated.

“It’s one thing for the pie to be increasing, but how equitably is it being distributed?” Kar asks.

“Equity is a huge problem, as the rich seem to be getting richer and the poor getting poorer. Further, it seems the nouveau riche in the developing countries are a bit more callous than the established rich in developed countries.”

Kar notes that income inequality is generally not being helped through current redistribution mechanisms aimed at ensuring broader equal opportunity. Meanwhile, the poor, being unable to take advantage of globalisation, are being left behind across the globe.

According to the World Bank and numerous other analysts, wealth in developing countries is today largely locked up among the elite.

“For most of these countries, the first quarter of the population provides almost no savings. The bulk of savings comes from the richest quarter – there is lots of concentration,” the World Bank’s Bussolo told IPS.

In a separate statement, he noted: “Even if wealth will be more evenly distributed across countries, this does not mean that, within countries, everyone will equally benefit. Policymakers in developing countries have a central role to play in boosting private saving through policies that raise human capital, especially for the poor.”

In particular, the new report places significant focus on increasing government funding for education. It points to analysis from Mexico suggesting that changes in education could result in a five percent greater household saving rate by 2050.

“If the distribution of education among workers of future generations were to remain as unequal as it is today, this would perpetuate inequality of earning capacity, saving, and wealth in the future,” the report states.

“Leveling the playing field in terms of educational opportunities could thus be supported not just in terms of fairness but also – given the positive effect on private saving – in terms of efficiency.”