MALAGA, Spain, May 24 2013 (IPS) - The death of a young Senegalese man from tuberculosis in Spain, following alleged lack of medical care, triggered a new outcry by civil society organisations against the law passed last year that excludes undocumented immigrants from the public health system except in emergencies.

“There are cases of undocumented pregnant women and children running into difficulties getting health care at hospitals and health centres. There are quite a number of instances,” Sylvia Koniecki, the head of Andalucía Acoge (Andalusia Welcomes), an NGO that works on behalf of immigrants, told IPS. 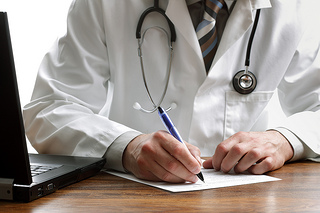 Royal decree-law 16/2012, enacted Apr. 20, 2012 by the government of the rightwing People’s Party (PP), stipulates that foreign women have the right to public health care during pregnancy, childbirth and the post-partum period, regardless of their legal status in the country.

As a result, most undocumented immigrants have limited access to health care. They can purchase state health insurance for 710 euros (913 dollars) a year, excluding medicines, but many of them cannot afford it, human rights groups say.

Alpha Pam, a 28-year-old undocumented Senegalese immigrant, died Apr. 21 at the Inca Hospital in Majorca, one of the Balearic Islands off the east coast of Spain, from tuberculosis. His family complained of negligence, while the authorities claim that he received proper care. However, the hospital’s director, Fernando Navarro, was removed from his post on Wednesday May 22.

The case was reported to the European Commission – the EU executive – on May 17 by the Communist Party-led Izquierda Unida (United Left) coalition.

As part of its fiscal austerity policies, the government of conservative Prime Minister Mariano Rajoy estimated savings of 500 million euros (645 million dollars) as a result of cancelling the health cards of 873,000 undocumented immigrants as of September 2012.

But “there will be no such savings,” said Gabriel Ruiz, who is in charge of the migrants’ programme for the southern city of Málaga’s branch of Doctors of the World, an international humanitarian organisation. He said exclusion from primary health care would only mean more users coming to the emergency services “which are more expensive to provide.”

Ruiz told IPS that the immigrant population is generally in a state of social exclusion and is therefore more vulnerable to diseases propagated by overcrowding or inadequate nutrition. “Excluding immigrants from the public health system not only puts their health at risk, but also that of the rest of society because of the possible spread of illnesses,” he stressed.

The government justifies the measures by claiming that undocumented immigrants were overloading the health system. But a 2012 report by the Ecology and Development Foundation (ECODES) concluded that Spanish citizens were the main users of the public health system.

The Málaga branch of Doctors of the World and Málaga Acoge (Málaga Welcomes) have met with immigrants who show them bills to be paid for emergency health care, which is against the decree-law. “They come to us in desperation, with invoices for huge sums that are accumulating interest because they have not been paid,” said Ruiz.

The government of the autonomous community of the Balearic Islands, also in the hands of the PP, said on May 8 that it would cancel all improperly issued bills and repay the money that immigrants have shelled out for emergency health services.

Each one of the 17 autonomous communities that make up Spain has applied the decree-law differently. Andalusia, Catalonia, Asturias, the Basque Country and the Canary Islands have refused to enforce it.

Social organisations in Andalusia – where the province of Málaga is located – are drawing attention to the many cases they encounter, and solving most of them by acting as intermediaries between immigrants and the authorities.

According to Ruiz, “there is a lack of clear guidelines from the local government for the health facilities in Andalusia.

“In a single week we have had two or three cases of undocumented immigrants who have been refused primary care or have been directed to other bodies like the National Institute of Social Security, when it was the responsibility of the health centre itself to provide assistance,” Ruiz said.

The provincial health authority in Málaga admitted that there have been instances, even before the decree-law came into force, but said they were “isolated cases” that they were trying “to solve as soon as possible,” a spokesperson told IPS.

But “there should not be a single case,” Alejandro Cortina, the head of Málaga Acoge, told IPS. “Precise instructions from the provincial authority to the hospitals and health centres are needed in order to keep this from happening.”

A study carried out by Málaga Acoge from Sept. 1 to Dec. 17, 2012, found 42 cases at 20 health centres in six Andalusian provinces, affecting 69 immigrants, of whom 77 percent were undocumented.

Ruiz said he believes these cases are just the tip of the iceberg, and that the number of undocumented immigrants facing difficulties in accessing health care or being wrongly charged for services is much higher.

In a tour of primary care health centres in Málaga, employees confirmed to IPS that there was a marked decline in the number of undocumented immigrants seeking care, which they attributed to a lack of information among users about the continuity of services for immigrants in Andalusia in spite of the decree-law.

However, some receptionists have turned immigrants away. The report by Málaga Acoge concludes that most instances of denial of health services to undocumented immigrants were the responsibility of public health centre staff in direct contact with the public.