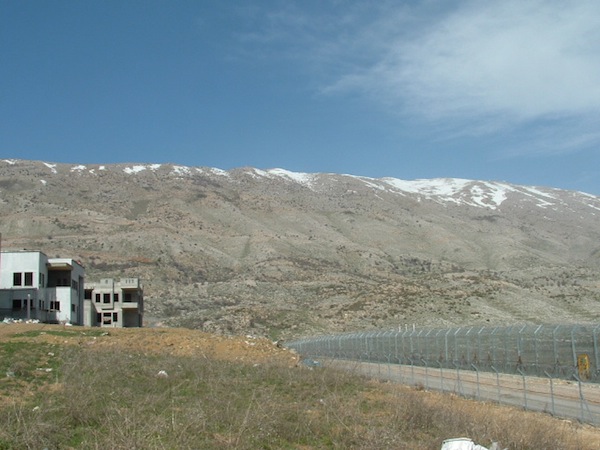 JERUSALEM, May 20 2013 (IPS) - Israel is being drawn into Syria’s quagmire as it threatens to act further on transfers of “game-changing” weapons to hostile protagonists involved in Syria’s civil war, be they Lebanese Shiite militia Hezbollah, Jihadist Sunni rebels, or loyalist forces of President Bashar al Assad.

The country does so reluctantly while knowing full well the consequences of such actions. Within weeks, Israel has expanded its list of “tie-breaking”, “game-changing” and “deterrence-diminishing” weapons defined as a “red line” to its security.

Initially, a red line was drawn on any foe gaining control over Syria’s chemical weapons arsenal. These weapons, while being used increasingly in the war, are for the time being still secured by Assad’s forces.

But on Jan. 30, when Israeli warplanes destroyed a convoy carrying surface-to-air S-17 missiles supplied by Iran and bound for Hezbollah, it became clear that another type of red line was being crossed, from Israel’s standpoint.

Though it didn’t formally take responsibility for the airstrike, Israel declared it would not tolerate the transfer of advanced weapons to Hezbollah, with whom it fought an indecisive war in 2006.

Meanwhile, Iran hopes that greater Hezbollah firepower will deter Israel from striking Iran’s nuclear sites, should it decide to do so.

On May 4 and May 5, Israel followed up by bombing shipments of Iran-made Fateh-110 missiles destined for Hezbollah.

In the last decade, Syria has chosen to ignore Israeli attacks on its territory, including one against its nuclear reactor (Deir ez-Zour, 2007) and another on Hezbollah’s chief of operations, Imad Mughniyeh (Damascus, 2008).

Yet in the wake of the latest airstrike – perhaps because the U.S. Pentagon confirmed Israel’s responsibility and thus, Syria couldn’t possibly keep mute – this time, Syria threatened to retaliate.

To add credibility to Damascus’ threat, Hezbollah also threatens to open a new front on the Syrian Golan Heights, occupied by Israel since 1967.

Following the 1974 Separation of Forces Agreement signed by Israel and Syria, the Golan Heights have largely been quiet, aside from occasional and unintentional mortar fire in the past six months leaking from battles in Syria through the ceasefire line and resulting in Israel’s responding with artillery fire.

Israeli security analysts believe that Assad won’t dare risking engaging a far more formidable enemy than the rebels, even by proxy, while fighting for his own survival. But they won’t say it out loud.

Ten days after the last bombing, Benjamin Netanyahu, Israel’s prime minister, flew to Sochi for an urgent meeting with Vladimir Putin to try to persuade the Russian president to freeze his country’s commitment to supply anti-aircraft S-300 batteries to the Syrian army.

The provision of S-300 batteries is a long-standing issue between Israel and Russia, and it’s still unclear as to whether Russia will honour the arms deal with Syria.

Netanyahu’s office says the meetingwth Putin was at the Israeli prime minister’s request, perhaps because other sources indicate that Putin summoned the Israeli leader to warn him of the perils of further interference in Syria.

After all, no one wants Syria to implode – let alone explode and destabilise the entire region. And it’s no secret that Russia is determined to keep Assad in power.

Evidence of such determination are the recent leaks to U.S. newspapers of Russian warships patrolling the Mediterranean Sea near Tartus, Russia’s naval base in Syria, and of new shipments of Russian-made Yakhont anti-ship missiles to Syria.

These shipments serve as another “game-changer” that could target Israel’s offshore natural gas drilling rigs, at a time when Russia has agreed with the United States to host an international conference on Syria next month.

To complicate matters further, it’s now becoming patently obvious that Israel’s ever-evolving red lines, if taken to their logical conclusion, could lead to targeting not only shipments of advanced weapons systems and their recipient – Assad’s army – but also, albeit indirectly, the supplier itself: Russia.

Israel’s decision-makers are engaged in a balancing act between their preference for “Israel’s man in Damascus” (as a former Mossad Intelligence chief, Efraim Halevy, recently called Assad in Foreign Affairs) and Israel’s red lines.

Responding to Syria’s threats by words of an “official” in the New York Times, Israel threatened Assad with impending demise.

Correlatively, another “official” in the Times of London declared, “Better the devil we know than the demons we can only imagine if Syria falls into chaos.”

When asked which side he favoured in the Iran-Iraq war (1980-1989), then-Israeli Prime Minister Yitzhak Shamir quipped, “We want them both to win.” Similarly, Syria’s civil war seems to serve Israel’s interests, as long as it’s a tie.

How Israel can enforce its red lines – by neutralising missiles shipments as they’re being delivered to, or assembled in, Syria? How would Moscow react? How would Damascus react? – is no longer so simple.

After all, if Israel and Russia both want Assad to stay in power, then why try to dissuade Russia from boosting the embattled Syrian leader’s loyal forces? The answer comes almost inadvertently from the “official” in the Times of London: Israel “underestimated Assad’s staying power”.

Meanwhile, the United States still grapples with how to react to the use of chemical weapons in Syria – a “game-changer” as far as President Barack Obama is concerned, yet not one that changes their Israeli ally’s hands-off approach to the civil war.

Caught in a miniature cold war between Russia and the United States, Israel risks sinking into the civil war’s quagmire and allowing Iran to evade further scrutiny on its nuclear programme while the international community is preoccupied with the situation on the ground in Syria.