If Not Quantitative Easing, Then What?

In this column, Fernando Cardim de Carvalho, economist and professor at the Universidad Federal de Rio de Janeiro, writes that the policy of quantitative easing (QE) adopted by developed economies in the aftermath of the financial crisis has flooded the developing world with excess capital liquidity, leading to overvalued currencies and a drop in exports. While it is too soon to fully assess the impact of QE, he writes that the policy has contributed to short and medium-term macroeconomic risks. 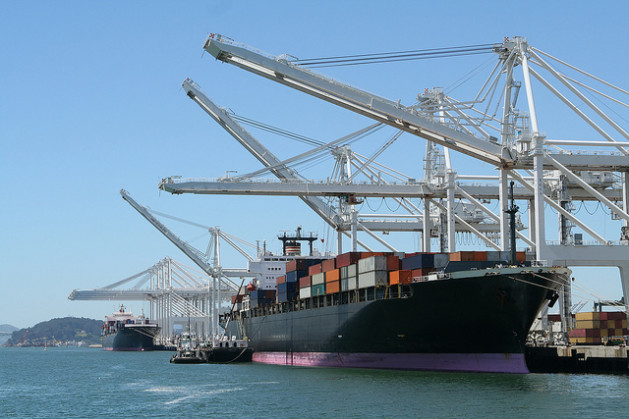 RIO DE JANEIRO , Jun 25 2013 (IPS) - It took world leaders some time to realise that the financial crisis initiated by the collapse of the subprime mortgage segment of U.S. financial markets in 2007 would not exhaust its effects in an ordinary recession.

For most of 2007 and 2008, government authorities, especially in the U.S., argued, rightly, that subprime mortgages were a relatively small segment of the U.S. financial system, concluding – wrongly, as it turned out – that the crisis could be easily contained through the use of conventional policy instruments at the disposal of the Treasury and the Federal Reserve.

In fact, the crisis spread out to other segments of U.S. financial markets and, in September 2008, with the bankruptcy of Lehman Brothers, it spread out to most of the rest of the world.

As domestic financial sectors in the countries hit by the shock waves were engulfed by their own crises, credit supply contracted and the financial crisis was transformed into an economic crisis, with falling output and rising unemployment.

The realisation that the crisis was deeper than most analysts expected initially led governments to react through implementation of anti-cyclical macroeconomic policies. Expansive fiscal and monetary policies were implemented, in one form or another, not only in the U.S. and Western European countries, but also in many developing economies in 2008 and early 2009.

The collapse of output and employment in the developed economies was contained and the ghost of a disaster like that of the early 1930s was, at least temporarily and at least for some countries, exorcised.

At this point, economic policy debates in the richest economies suffered a reversal.

Output was still lower and unemployment much higher than before the crisis both in the U.S. and in Europe. Nevertheless, the debate switched from real problems to fiscal balances. Conservative groups, ranging from the lunatic extreme right of the Tea Party in the U.S. to the moralising posture of northern European governments led by right wing parties or coalitions, prevented the further use of fiscal policy to raise output and to create jobs.

It is a fascinating discussion as to why this happened, but there is no room in this commentary to explore the question. The fact is that aggressive expansionary fiscal policies have become politically unacceptable even while output is low (or even falling, as is the case with many European countries, and not only the “peripheral” ones) and unemployment is growing. Under these conditions, the only instrument left to try to increase market demand and to stimulate production was monetary policy.

Monetary policy, traditionally, impacts the economy through variations of interest rates. The interest rates under the control of monetary authorities like the U.S. Federal Reserve or the Bank of England, for instance, were, however, already very low, near zero.

There was not much conventional monetary policy could do to compensate for the lack of a rational expansionary fiscal policy. It was in this context that quantitative easing (QE) policies were formulated in the U.S., U.K. and more recently in Japan, while the European Central Bank struggles with itself to determine what should be its policy. QE policies are simply initiatives to funnel money into the economy in amounts great enough to facilitate the expansion of the supply of credit for private borrowers, both firms and consumers.

It may be too soon to assess whether they worked as expected or not. Of course, the developed economies where these policies were implemented are still struggling with the crisis and its developments. A generous reading of these policies is often based on a counter-factual: things are not that good yet, but they would be much worse if those policies had not been applied.

For developing economies, the impact is certainly ambiguous. On the one hand, accepting the assumption that without QE policies developed countries would be in a much worse situation than they are now, it is better than nothing.

If output had contracted further in those economies, trade would be even lower nowadays, creating balance of payments problems for many developing countries.

On the other hand, from the point of view of developing countries, monetary easing is certainly not the ideal way to support output and employment.

QE increases money supply at the same time that it reduces domestic interest rates in the developed economies. In a world of free capital flows, as is mostly the case now, this means that a large part of this liquidity will flow out of the country that created it.

In part, although governments deny it, this is precisely what they expect: capital outflows devaluate the currency of the country practicing QE, so it will have two stimuli for the price of one: lower interest rates stimulate domestic production and investment, and devalued currencies stimulate exports.

Of course, for developing countries the impact is exactly the opposite: they receive too much foreign liquidity, their exchange rates tend to become overvalued, reducing exports and stimulating imports.

Deficits in the balance-of-payments current account tend to emerge, but it is easy to finance them since there is so much liquidity in the world.

Until, of course, QEs are discontinued and borrowing countries will find out, as they did many times in the past, that foreign debt accumulated to the point of leading them to a crisis.

Would it be better not to have developed countries practicing QE? Well, governments in these countries had to do something and monetary policy was the only instrument left after right wing parties prevented them from using fiscal policy.

Expansionary fiscal policies in those countries, however, would be much better for developing economies because they expand their domestic economies without undervaluing their currencies. Fiscal expansion, in contrast to monetary expansion, is not a beggar-thy-neighbour type of policy.

There is evidence now that the Federal Reserve expects to stop QE3 relatively soon. QE had some deleterious impacts on developing countries, as just argued, but its reversal is also full of risks.

It is possible that interest rates will rise too much and too quickly, creating serious problems for those countries and firms that borrowed more in this period.

Increased volatility itself, because of the uncertainties such a change in direction engender, is a problem, scaring investors and depressing production and investment. To expand the economy to get out of a depression is the correct attitude, but QE was an instrument that definitely contributed to increased short and medium term risks of the macroeconomic situation.