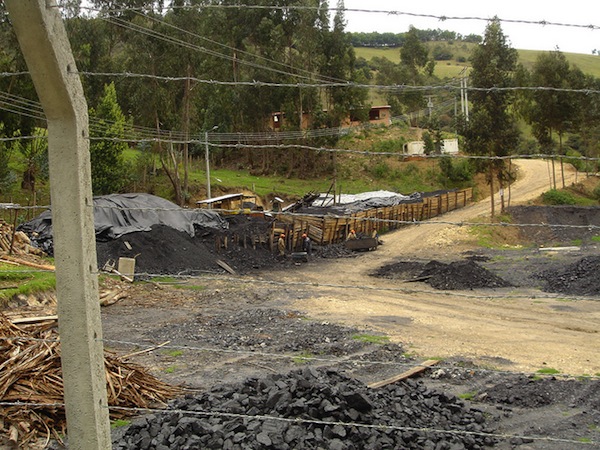 WASHINGTON, Jun 28 2013 (IPS) - The World Bank is set to consider dramatically cutting down its funding for coal-related power projects, according to a draft strategy document leaked this week.

The bank’s continued focus on coal projects, particularly in poor countries, has been a key frustration for environmentalists and some development experts, who have warned that such a stance is at odds with the Washington-based multilateral lender’s attempts to strengthen its focus on climate change mitigation and adaptation.

While the new moves would be applauded if passed, many are now expressing concern about the strategy’s apparent increased focus on natural gas and hydroelectric production.

“The [World Bank Group] is committed to maximising synergies between economic development and climate change mitigation. The WBG will cease providing financial support for greenfield coal power generation projects, except in rare circumstances,” the paper, a copy of which was seen by IPS but which is not available online, states.

“Considerations such as meeting basic energy needs in countries with no feasible alternatives to coal and a lack of financing for coal power would define such rare cases. Even in such cases, only a minimum level of WBG support would be deployed, with recourse to private-sector financing to the extent possible.”

The document, subtitled “Directions for the World Bank Group’s Energy Sector”, is slated to be discussed by the bank’s board on Jul. 19, according to a spokesperson, after which the strategy will be publicly released.

“The WBG is committed to universal access to electricity and safe household fuels, double the share of renewable energy in the global energy mix, and double the rate of improvement of energy efficiency.”

He noted that the bank approved a record 44 percent of its annual energy lending for renewables last year, valued at some 3.6 billion dollars. In terms of power-generation projects, that figure rose even higher, with renewables comprising 84 percent of financing.

But the bank is also currently considering funding for a 600-megawatt power plant in Kosovo, which would burn a particularly dirty form of coal called lignite. That project has been disparaged by Kosovar and international environmentalists.

“The World Bank is right to say that energy has a crucial role to play in eradicating poverty,” Nicolas Mombrial, head of the Washington office of Oxfam International, a humanitarian agency, told IPS.

“We’re also pleased to see the bank acknowledge that failing to move away from fossils fuels will have enormous environmental costs that ultimately will be born by the poorest and most vulnerable,” Mombrial added.

“Going forward, the bank needs improved environmental and social assessments that are mandatory for all its energy projects, and to make sure that its energy lending benefits the poorest, most vulnerable people,” he said.

With the paper still up for discussion, its content could be altered or voted down entirely. Analysts point out that this has happened with previous attempts to roll back coal-related financing by the bank, actions that have been vociferously opposed by major coal users such as China.

Still, the new coal-related guidelines would constitute a major policy change if they go through and would be in line with a broader new institutional focus on climate change, as pushed by World Bank President Jim Kim.

“[L]eaders around the world must propose even more far-reaching solutions and deliver results … They know there’s no substitute for aggressive national targets to reduce emissions,” Kim wrote in an op-ed in the Washington Post published Friday.

“Today, the burden of emissions reductions lies with a few large economies, including the United States, China, India and the European Union. In particular, the moves by the United States and other big emitters to reduce emissions from coal-fired plants are an important step forward.”

The World Bank document was leaked in the immediate aftermath of the first major climate change-focused policy speech given by President Barack Obama on Tuesday in which he laid out a policy vision in part strikingly similar to the World Bank’s new draft proposal.

“Today, I’m calling for an end of public financing for new coal plants overseas,” Obama stated, “unless they deploy carbon-capture technologies or there’s no other viable way for the poorest countries to generate electricity.”

This announcement too would constitute a major policy reversal, as the United States has directly offered billions of dollars in financing for coal-fired power plants in recent years, including in India and South Africa, and is considering a proposed project in Vietnam.

The potential moves away from coal-related financing on the part of both the World Bank and the United States are being lauded by environment groups and development agencies.

Yet both of these new approaches would place significant emphasis on natural gas and, in the case of the bank, other contentious forms of electricity production such as hydroelectric dams.

The new World Bank policy noted, “In some cases, natural gas is likely to make an important contribution [to transitioning to sustainable energy] … providing flexible electricity supply where demand and supply fluctuate.”

“It is welcome news that the World Bank is moving away from coal, because we’ve known for some time that bank investments in coal have not helped meet the energy needs of the poorest, but rather have helped some of the richest corporations on the planet,” Daphne Wysham, co-director of the Sustainable Energy and Economy Network and the Institute for Policy Studies, a Washington think tank, told IPS.

“The bad news is that instead of leading the world towards a truly renewable green-energy future, the bank is once again locking developing countries into carbon-based infrastructure, this time with natural gas.”

Wysham pointed to a report released this week by the International Energy Agency (IEA), a Paris-based think tank backed by Western countries, that surprised many analysts by forecasting that the price of renewable energy will drop below that of natural gas as early as 2016.

“In our opinion, any significant focus by the bank on natural gas would make no sense,” Wysham said, “from either a climate or economic perspective”.