Q&A: “The Middle Class Is Making Its Voice Heard in Brazil Today”

RIO DE JANEIRO, Jul 6 2013 (IPS) - The protests on the streets of Brazil are the result of the expansion of the middle class, who want their demands to be heard, said Rebeca Grynspan after visiting the country to inaugurate the World Centre for Sustainable Development. 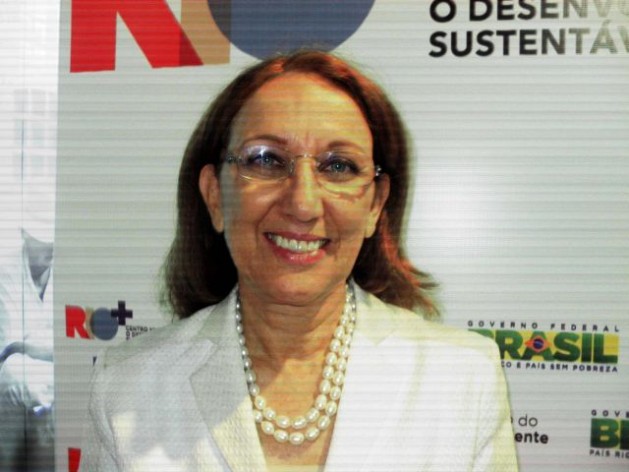 Rebeca Grynspan: “Close attention must be paid to the growth of the middle class, which gives rise to greater demands on governments.” Credit: Courtesy of UNDP

The UNDP estimates that more than 80 percent of the world’s middle class will be living in developing countries by 2030, which means people will expect much more from their governments.

In the MDGs, the governments committed themselves to halve the proportion of people who experience hunger and live in extreme poverty from 1990 levels, reduce infant and maternal mortality by two-thirds, achieve universal primary education, promote gender equality and empower women, combat HIV/AIDS, tuberculosis, malaria and other major diseases, ensure environmental sustainability and achieve a global partnership for development.

Q: What does the launch of the Rio+ Centre exactly one year after the U.N. Conference on Sustainable Development (Río+20) represent?

A: The Rio+ Centre is really the fruition of what we talked about at the Rio+20 conference, when we decided to create this institution and signed the agreement with the Brazilian government.

The idea was to make the most of this moment when there is a global conversation on how the world will push forward towards a unified development agenda, in which everything that we have learned in the MDGs and the context of sustainable development comes together.

Q: What would a unified development agenda for the world look like? What challenges does the Rio+ Centre face?

A: Trying to unify solutions in the three pillars of sustainable development, which are economic, social and environmental, and shift from a negative to a positive discourse.

To do that, you have to bring together the professional communities. The dialogue between the three sectors is like bringing the finance minister to talk with the environment minister, who cannot make the transformation happen on his own. Besides working with a broader community – academia, the private sector and civil society organisations.

It’s the legacy of what Brazil has done. We had the Earth Summit in 1992 and Rio+20 last year, and both were turning points in terms of the discussion on sustainable development. I think it’s very symbolic to install the centre here in Rio.

A: The high-level panel submitted its report to (U.N. Secretary-General) Ban Ki-moon and an inter-agency team is now drawing up its own report.
With these two inputs, Ban will go to the U.N. General Assembly in September to report on progress towards the SDGs. We hope that by September 2014 all of the elements for reaching a decision on the SDGs and the development framework that the world wants for the future will be in place.

Q: What aspects should the SDGs encompass? Will they be a continuation of the MDGs?

A: The MDGs were very important, they led to action at a national and international level and made a major contribution to education, equality between girls and boys, and the fight against poverty, AIDS, tuberculosis and malaria.

But the SDGs will hopefully go beyond a number of elements in the MDGs, which are not universal. The majority of the MDGs were for developing countries; there was only one that was for everyone – the last one, on developing a global partnership for development.

The SDG agenda has to be universal. There will have to be room to adapt to the specific conditions of each country. They have to not only be based on averages, but the indicators have to be broken down. In unequal countries and societies, averages conceal more than they reveal.
The high-level panel proposed 12 SDGs for 2030.

Q: What role might Brazil play in formulating the SDGs?

A: Brazil may have a major influence on the decision-making process because it has a strong leadership role and negotiating capacity and a deep understanding of what it means to do this from a developing country. We need that to effectively achieve convergence in the SDGs, so that they are both ambitious and possible.

Q: Brazil managed to pull 40 million people out of poverty, but protests have erupted now anyway. What is your impression of what is happening?

Close attention has to be paid to this progress, which will bring demands for better education and healthcare, for more livable cities, and for good governance.

These are not separate phenomena, they are part of the progress being made, but the middle class has a voice and that is what we are hearing at this moment. The advances have been so rapid that the quality of services demanded by the middle class has failed to keep up.

Q: How can Brazil consolidate its growth while meeting the growing demand for quality public services and public policies?

A: I have great faith in Brazil’s democratic system, which is going to be able to meet the populace’s demands with a forward-looking constructive agenda.

The country’s authorities could see this as a wake-up call for the political system to respond to the growing demands of the middle class, which is not going to resign itself and is going to demand quality and participation.

If the political parties use these protests to build, and to respond to those demands, Brazil will continue to follow a route of democratic progress.