Except that they haven’t.

Washington is locked in a foreign policy drama that only Samuel Becket could have written: a lot of waiting and nothing much happening.

Of course, the United States doesn’t simply ignore North Korea and Cuba. Both countries have been under stringent economic sanctions and a tight military cordon practically since their creation. But attempts at military rollback like the Bay of Pigs fiasco are history. Today, other than tightening the screws from time to time, Washington has largely been content with a waiting game.

Even diplomatic engagement is often predicated on expectations of eventual collapse. For instance, when the Clinton administration negotiated the Agreed Framework with North Korea in 1994, it sold the agreement to Congress with the argument that the regime in Pyongyang wouldn’t be around by the time the United States finished building the two promised light-water nuclear reactors.

There’s no point, according to the prevailing wisdom among collapsists, to engage with North Korea or Cuba as long as the governments there are tottering on the edge. This was the argument also used with China in 1989 and with Iran during the Green movement uprising in 2009. Both those countries stabilised themselves through the time-honoured approach of repression. 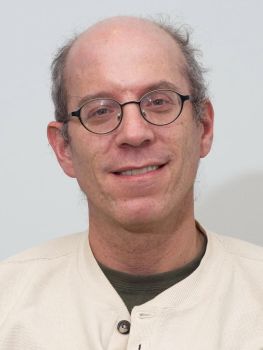 Collapsism has largely given way to engagement with China. And after the recent election of Iranian President Hassan Rouhani, tentative signs of U.S.-Iranian rapprochement have emerged.

North Korea and Cuba, however, remain the Teetering Twosome. In Pyongyang, the young leader Kim Jong Eun has defied early predictions that a Swiss education and a fondness for basketball could somehow combine to create a Gorbachev of the East. After a long-range missile test last year and a third nuclear test this year—not to mention his shake-up of the high-ranking military staff and his hardball negotiations with South Korea—Kim has signaled that for now he’s not Mr. Perestroika.

Pundits and policymakers have now concluded that, having declared itself a nuclear power, North Korea has given up on the strategy of trading its bomb-making capabilities for a golden ticket of entry into the international community. The Obama administration failed to advance the promising initiatives that had gained steam in the last years of the Bush administration.

Last year, on leap day, the United States and North Korea came to an agreement trading food aid for a moratorium on uranium enrichment and missile tests as well as a return of inspectors to the plutonium facility at Yongbyon. North Korea’s subsequent satellite launch scotched that deal. Pyongyang recently rejected a non-aggression pact that Secretary of State John Kerry offered in exchange for denuclearisation.

Engagement with North Korea is major political risk in Washington, and the Obama team certainly doesn’t want to expose its flank when it’s making headway with another adversary, Iran. So, what’s left? Waiting for collapse.

Or, to paraphrase a recent RAND report that is all the rage among Korea hands, preparing for collapse. For myriad reasons, from economic decline to increased flow of information into the country, the RAND report concludes that North Korea is again close to the edge.

Although the date of collapse remains frustratingly obscure, the United States and South Korea in particular should ramp up their contingency planning. This planning, as outlined in the report, boils down to: sending in ground forces at the first sign of instability, securing weapons of mass destruction, providing humanitarian aid to discourage out-migration, and putting down all signs of military resistance.

Making plans is an admirable exercise. No one wants to be caught with pants down if the Kim Jong Eun regime suddenly implodes. But by suggesting that collapse and intervention form the most likely future scenario—not if, but when—the RAND report implicitly recommends that the U.S. and South Korean governments should abandon diplomatic engagement that might lead to a peaceful and perhaps more gradual rapprochement on the Korean peninsula (a “far less likely outcome,” according to the report).

The furthest the report goes in the direction of diplomacy is to suggest that Washington and Seoul would be wise to sit down with Beijing to coordinate a division of responsibilities in the case of collapse.

Worse, by proposing to reshape policy in Washington and Seoul around an imminent collapse/intervention scenario that requires early action for its success, the RAND report encourages policymakers and intelligence services not only to seek out signs of instability in Pyongyang but encourage them as well.

“If a collapse really is likely at some point in the future,” author Bruce Bennett writes in the report, “actions to prepare for it are really more likely to accelerate a collapse rather than cause it.”

The situation with Cuba is slightly different. Instead of a nuclear programme to attract the attention of Washington, there is geographic proximity. The Obama administration made some moves toward an easing of the tight embargo on the island, for instance lifting some restrictions on travel and remittances and beginning negotiations on the resumption of direct mail service after 50 years. An earlier piece of legislation allowed states to negotiate agricultural export deals with Cuba, which has sent over 4.3 billion dollars  in food from 2001 through 2012.

Further attempts to chip away at the blockade, however, have come up against significant political resistance. Republican Party moderates once indicated a willingness to reconsider. As Richard Lugar said in 2009, “We must recognise the ineffectiveness of our current policy and deal with the Cuban regime in a way that enhances U.S. interests.” But Lugar got tea-partied out of the Senate, and Republican Party moderates are an endangered species.

The collapsists have not secured the kind of consensus in Washington that seems to exist around North Korea. They face U.S. business interests and Cuban-American entrepreneurs that want fewer trade restrictions with the island and a cross-section of the policymaking community that prefers the stable status quo to a risky collapse scenario.

Unlike North Korea, Cuba is close to home, so spillover effects of regime change like refugee flows can’t be blithely ignored. So, the Cuba hawks continue to wait and watch for Raul Castro’s economic reforms to peter out, for Venezuelan aid to dry up, and for the long-awaited collapse to happen.

North Korea and Cuba cannot be simply wished away. They have both survived economic squeeze and military punch. Yes, some day, things will change dramatically in Pyongyang and Havana. The questions are: how will they change and what can be done to ensure a minimum of suffering and a maximum of public participation? Sudden collapse, followed by outside military intervention, is not the best-case scenario in this regard.

We’ve been stuck in a Samuel Beckett play for some time. The last thing we want at this point is a Quentin Tarantino ending.