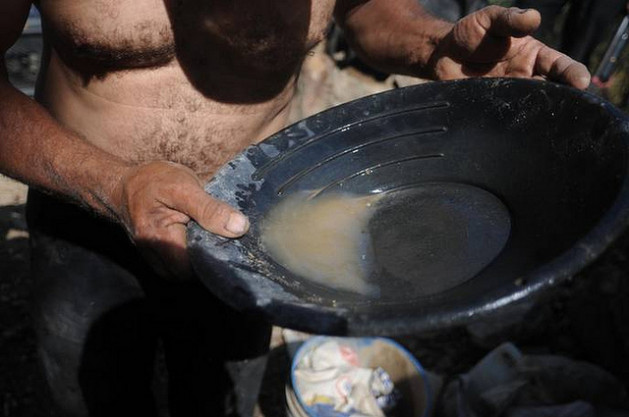 WASHINGTON, Oct 7 2013 (IPS) - A new international convention opening for signatures this week will for the first time offer an agreed-upon roadmap by which to significantly decrease the global use of mercury while offering stronger safeguards for both human health and the environment.

Environment and public health groups are hailing the treaty, a legally binding agreement known as the Minamata Convention on Mercury, the text of which was agreed to in January by 147 countries following four years of negotiations. Proponents are now calling on governments to move quickly to ratify the accord after it opens for signatures, on Wednesday during a four-day summit in Japan.

“This is something we’ve worked on for over a decade, so it’s quite an amazing moment." -- Michael Bender of the Zero Mercury Working Group

The convention will come into effect following ratification by 50 countries, though several key parts of the agreement will only be enforced at the end of this decade or even later.

“Overall, this is a really positive step – while we would have liked to have seen a stronger section on health, just having health language in what was considered an environmental treaty is an achievement,” Jane Cohen, a researcher in the Health and Human Rights Division at Human Rights Watch, an advocacy group, told IPS.

“We see mercury exposure in this setting as a critical threat to children’s and women’s health, as well as a major issue around access to information. It’s a prime example of environmental degradation impacting directly on human lives.”

The Minamata Convention (named for the Japanese city that is the site of the worst modern mercury poisoning) will now lead ratifying countries to phase out – and, by 2020, to ban – the use of mercury in a range of consumer items, including certain batteries, light bulbs, medical devices, dental fillings and vaccines. It will also tackle mercury pollution at its two most common sources, small-scale gold mining and coal-fired power plants.

Indeed, it is due to these latter two sectors that the new convention’s effects will likely be particularly pronounced in developing countries. While most industrialised countries have reduced their use of mercury in recent decades, developing economies have seen a steep rise in the toxic metal’s use.

“This is the first time we’ve seen these kinds of protections in a convention, so in addition to requiring real, implementable steps, it also brings much-needed attention to this issue for governments,” Cohen notes.

“Any country that has small-scale gold mining must now have a national action plan to look at alternatives or ensure worker and environmental safety – countries won’t be able to just ignore this convention. In addition, some of the worst forms of this sector’s use of mercury – such as burning it – will be banned outright.”

According to estimates released earlier this year by the United Nations Environment Programme (UNEP), since 2005 mercury emissions have doubled in small-scale mining operations in Africa, Asia and South America. Today, Southeast and East Asia alone account for around half of global mercury emissions, put down to the regions’ rapid economic growth in recent years and rising gold prices.

No alternative to cooperation

International talks on the dangers posed by mercury began in earnest early last decade, and by 2003 countries had struck an initial agreement that the substance deserved to be considered a global pollutant warranting immediate international action. But it took another half-dozen years for serious negotiations, a process that was given new momentum by President Barack Obama’s election in 2008.

As a senator, Obama had urged the U.S. government to enter into negotiations towards a binding international mercury standard. After his election to the presidency, Obama was able to oversee an about-face in U.S. policy on the issue, a change that proved to be a catalyst for other countries, including China and India.

Simultaneously, many industrialised countries were already ratcheting down their own use of mercury, both for consumer and industrial purposes. In late 2011, the U.S. government unveiled strict new standards for mercury emissions from power plants, seen as one of the most important environmental victories of Obama’s first term.

“This is one of the compelling reasons why countries like the United States and other developed countries have moved to adopt the treaty, because they’ve already taken significant steps to phase out their use of mercury,” Michael Bender, a founder and international coordinator for the Zero Mercury Working Group (ZMWG), a network of groups in 50 countries, told IPS from the sidelines of the Japan summit.

“This is something we’ve worked on for over a decade, so it’s quite an amazing moment. No single country can solve the global mercury crisis – while there are alternatives to most products and processes and there are controls for most major sources, there is no alternative to global cooperation.”

Mercury, which can remain in natural environments for years, attacks the nervous system and has been proven to be particularly debilitating for unborn babies and children. According to new research released last week by the ZMWG, mercury levels in many human communities could be far higher than anticipated.

Looking at hair samples of women of childbearing age from nine countries, researchers found that nearly a quarter exceeded a widely accepted safety limit for a certain type of mercury set by the U.S. Environmental Protection Agency. Further, higher findings appear to correlate with higher consumption of fish and seafood, with 71 percent of women in Japan, for instance, exceeding this limit, followed by 64 percent of women in Spain.

While Bender expresses satisfaction with the Minamata Convention’s imminent passage, he and others have expressed concern over the agreement’s timeframe.

A new article he co-authored for the Journal of Public Health Policy warns that the convention “is slow to address major sources and uses of mercury. Coal-fired power plants constructed after the Convention enters into force are not required to install controls until 5 years later, with existing facilities given 10 years … Moreover, missing from the Convention are steps to eventually end mercury use in” small-scale gold mining.

Still, Bender and the ZMWG are now turning their attention to encouraging the convention’s timely ratification. They’re hoping to get the required 50 ratifications by 2015, and Bender says he’s optimistic that goal will be met.

“One good indication is the great number of environment ministers showing up here [in Japan], a dozen and a half from Africa alone,” he says.

“We also understand that a significant percentage of countries in the European Union are coming. Between the interest being demonstrated in Africa and the E.U. alone, we feel quite confident that the momentum for this international agreement will continue to build.”