In this column, Hazel Henderson, president of Ethical Markets Media (USA and Brazil), author of Building A Win-Win World and other books, and advisor to the U.S. Office of Technology Assessment, the National Science Foundation and the National Academy of Engineering from 1974–1980, writes that new answers are needed in the debate over jobless economic growth and guaranteed incomes.

Futurists like myself saw these technologies taking over sectors of industrial economies as opportunities for a transition to “post-industrial” information and services-based “leisure societies,” and to develop human potential, lifelong learning, research, preventive healthcare, the arts, entertainment, sports and tourism.

Some parts of our vision have materialised: tourism and entertainment are major global industries. Research has produced medical breakthroughs, new sectors based on IT, the internet, 3-D printing and drones as well as democratising education electronically in massive open online courses (MOOCs).

Alas, missing today are our futurist visions which included a key corollary to this IT takeover of work: unconditional guaranteed incomes to provide the needed purchasing power to keep up aggregate demand for this new cornucopia of goods and services. We also held that if workers were replaced by machines, they would need to own a piece of those machines. 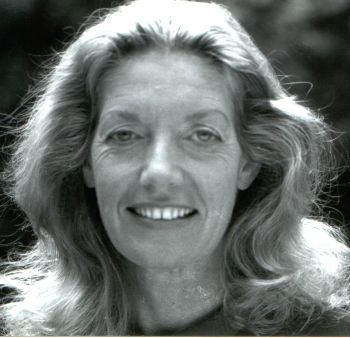 This debate is back, as inequality reaches crisis levels in Europe and the U.S. with the share of incomes from increased productivity falling for workers while capital owners’ and executives’ returns soar to new heights. This inequality now leads to further stagnation in many economies.

Guaranteed cash transfers directly to poorer citizens are raising living standards in Mexico’s “Oportunidades” and Brazil’s “Bolsa Familia” payments which have pulled millions up into the middle class.

These payments, called conditional cash transactions (CCTs), only require that children attend school and get medical check-ups. In Europe, the movement for unconditional basic incomes responding to widespread rising structural unemployment has led to widespread demonstrations and to a ballot initiative in Switzerland.

Meanwhile, Silicon Valley IT giants Amazon, Google and others in Japan are targeting more sectors for takeover, as they have disrupted retailing, entertainment, news media, finance and other industries.

Google’s driverless cars will threaten millions of entry-level jobs for people driving taxis and trucks. Computer scientist advisor to Microsoft Jaron Lanier paints the future digital takeover vividly in Who Owns the Future (2013). He calls for a new economy based on digital value-sharing where all personal information given by individuals to Facebook, Twitter, Amazon, Google, LinkedIn or other such firms, be paid for, since this data provides these firms with their key asset.

Selling personal information, using Big Data for marketing, not to mention handing it over to governments, is a basic IT business model.

Google’s next big projects beyond rolling out Google glasses, with all their privacy implications, is producing robots they say will relieve humans from drudgery. This claim has been used by automation enthusiasts for decades.

Economists have also avoided the implications of jobless productivity: recommending more education and re-training, while sidestepping the more controversial examination of laissez faire economic theories. Yet, unemployment faces many graduates, many thousands of whom work as janitors and part-timers. Government policies often redistribute growth unfairly in tax breaks, subsidies to powerful interests in exchange for political contributions.

All these trends revive the big questions asked for decades: what is the purpose of technology? Why does the hare of private sector technology always outrun the tortoise of social innovation? In 1974, the U.S. set up its Office of Technology Assessment (OTA) on which I served, to answer these questions: how would the benefits and impacts of new technologies affect different groups in society, as well as the environment and overall quality of life?

Take Amazon’s plan to deliver packages quickly using drones. How many are benefited by this and how many may be inconvenienced, annoyed or even injured by all these drones in our public air space? For those millions living near Amazon’s massive distribution warehouses, will such a constant plague of these locust drones overhead spoil their quality of life?

Or take the new proposals that drones may be able to take over crop-pollination from bees, whose populations are threatened by hive collapse or nicotinoid pesticides (New Scientist, Nov. 16, 2013, p. 43). Can drones really replace bees to sustain our human food supply? Who benefits and who loses?

OTA asked all these inconvenient questions until it was shut down by Republicans in Congress in 1996. Their view was to leave all such questions to the magic of the marketplace.

Today, as the digital revolution accelerates with drones and robots populating our societies, all these questions re-emerge, as well as who pays. Will Google, Amazon, Facebook, Twitter, et al., begin paying their users for their personal data, or help pay for the guaranteed incomes for those displaced people whose labour is no longer needed? We are now re-connecting all these dots and our future will depend on new answers.
(END/COPYRIGHT IPS)