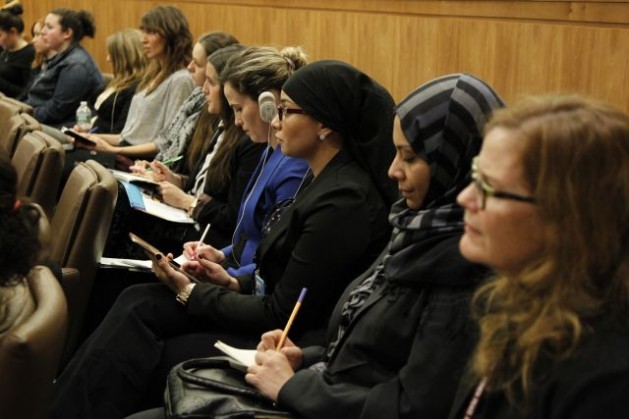 UNITED NATIONS, Mar 13 2014 (IPS) - The largest annual gathering with special focus on issues which impact on women and thereby humanity as a whole is now taking place in New York.

It is the annual session of the Commission on Status of Women (UN-CSW) under the United Nations umbrella, attracting hundreds of government and civil society participants representing their nations and organisations.

This is the 58th time that CSW is meeting and over the years, its agenda has evolved in a meaningful way to bring to global attention to women’s equality and their contribution to human progress.

For last few years, equality of women’s participation at all decision making levels has taken a special profile in its deliberations and many parallel events. Participation has emerged as the major area of practical application for women’s agenda. 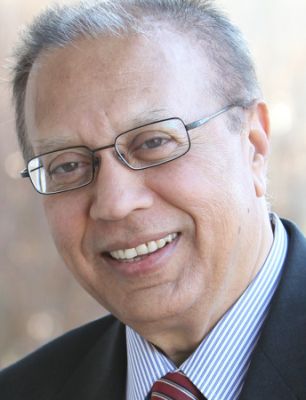 At the same time, engaging men and boys for gender equality is being seen as an essential component of any proactive strategy.

Adoption of the landmark U.N. Security Council resolution 1325 boosted the essential value of women’s participation. For a long time, the impression has been that women were helpless victims of wars and conflicts.

In reality, women have shown great capacity as peacemakers. They assumed activist roles during conflicts while holding together their families and communities.

At the grassroots and community levels, women have organised to resist militarisation, to create space for dialogue and moderation and to weave together the shattered fabric of society. The contribution and involvement of women in the eternal quest for peace is an inherent reality.

The consensus statement that the Security Council issued on Mar. 8, 2000 formally and for the first time brought to global attention to fact that the contribution women have been making to preventing war, to building peace has remained unrecognised, under-utilised and under-valued.

It finally recognised that “peace is inextricably linked with equality between women and men”.

This conceptual and political breakthrough led in October that year to the ground-breaking resolution 1325 of the Council on “Women and Peace and Security”.

Validity of its core message that sustainable peace is possible only with women’s full participation has become increasingly relevant in today’s context when we find women being excluded from peace conferences.

The current international practices that make women insecure and deny their equality of participation, basically as a result of its support of the existing militarised inter-state security arrangements, is disappointing.

I draw your attention to the existing concept of security based on inter-state power structure rather than on human security – security of the people. Human security is rarely a primary consideration in the Security Council’s decision-making.

This should make us determined to ensure that women have more avenues to promote peace, not only at the local level but also at the national, regional and global levels.

By bringing their experiences to the peace table, women can inject in the peace process a practical understanding of the various challenges faced by civilian populations.

The mechanisms and arrangements that come out of such involvement are naturally more sensitive to the needs of common people and, therefore, more purposeful and sustainable.

Recognition that women need to be at the peace tables to make a real difference in transitioning from the cult of war to the culture of peace, I believe, made the passage of 1325 an impressive step forward for women’s equality agenda in contemporary security politics.

This was reflected very eloquently when in 2011 three women were chosen as Nobel laureates. Their citation for the Nobel Peace Prize referred to the Resolution 1325, saying that “It underlined the need for women to become participants on an equal footing with men in peace processes and in peace work in general.”

The Nobel Committee further asserted that, “We cannot achieve democracy and lasting peace in the world unless women obtain the same opportunities as men to influence developments at all levels of society.”

This is the first time when a Nobel Peace Prize citation has mentioned a United Nations resolution so specifically.

Therefore, as a Security Council resolution 1325 is a commitment made by the United Nations, its member-states and the international community in general to take action to comply and work towards its full implementation.

In this context, I will underscore that top priority should be given to energising and supporting the U.N. member states to prepare their respective National Plan of Action (NAP) for 1325 at the country level.

Civil society, in particular women’s organisations, human rights activists and peace groups around the world, need to mobilise their efforts to hold governments accountable for the commitments they made in Resolution 1325.

There needs to be international support to ways and means to enhance women’s participation and role in formal and informal conflict prevention and mediation efforts, including measures for capacity-building support for women’s peace movements in conflict and post-conflict situations.

Coordinated and coherent support by the United Nations system is particularly needed to achieve greater effectiveness of peacemaking and peacebuilding efforts through the increased participation of women and strengthened capacity to address gender issues in peace and post-conflict planning processes.

It is essential that the views of both women and men are equally heard and recognised in society, and in economic and political planning and decision making. Only then can men and women equally and democratically influence progress in society.

My own experience during the course of my different responsibilities – more so during past 20 plus years – has shown that the participation of women in peacemaking, peacekeeping and peace-building assures that their experiences, priorities, and solutions contribute to lasting stability, good governance and sustainable peace.

1325 is a “common heritage of humanity” wherein the global objectives of peace, equality and development are reflected in a uniquely historic, universal document of the United Nations.

We should never forget that when women are marginalised, there is little chance for the world to get sustainable peace in the real sense.

Ambassador Anwarul K. Chowdhury was Under-Secretary-General of the United Nations (2002-2007), Ambassador of Bangladesh to UN (1996-2001), and initiator of the conceptual breakthrough for UNSCR 1325 as Security Council President in 2000.