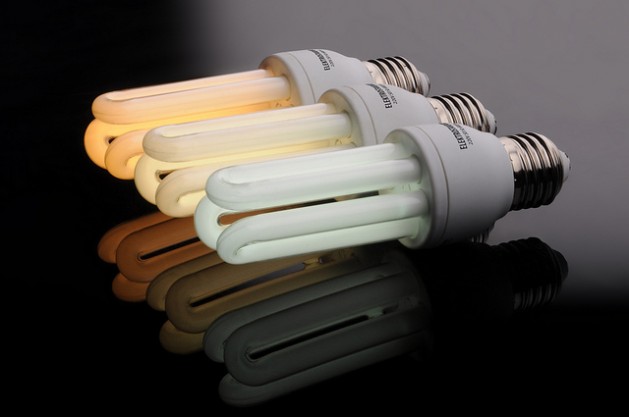 WASHINGTON, Jul 18 2014 (IPS) - A new ranking has lauded Germany for its energy efficiency, while condemning the United States for lagging near the bottom.

The American Council for an Energy-Efficient Economy (ACEEE), a non-profit here, called the U.S. economy’s inefficiency “a tremendous waste” of both resources and money, in a scorecard released Thursday. Looking at 16 of the world’s largest economies, the rankings use 31 metrics to measure efficiency-related measures within each nation’s legislative efforts as well as the industrial, transportation and building sectors.

“The most important kilowatt hour is the one you don’t have to produce.” -- Mark Konold

“A country that uses less energy to achieve the same or better results reduces its costs and pollution, creating a stronger, more competitive economy,” the ACEEE’s report begins. “While energy efficiency has played a role in the economies of developed nations for decades, cost-effective energy efficiency remains a massively underutilized energy resource.”

Though Germany produced the highest overall score- with 65 out of 100 possible points- and came in first in the “industry” sector, China had the top-scoring assessment in the “buildings” category, Italy had the most efficient “transportation” sector, and France, Italy and the European Union tied three-ways in the “national efforts” division.

The U.S. needs to “implement a national ‘energy savings’ target, strengthen national model building codes, support education and training in the industrial sector, and prioritise energy efficiency in transportation,” she says. Doing so, Young suggests, would not only reduce emissions but also save money and create jobs.

ACEEE’s focus has traditionally been on improving energy efficiency in the United States. But the new scorecard’s broad emphasis – on how energy efficiency makes for both an environmentally and financially wide investment – can be applied to international economies as well.

The Worldwatch Institute, a think tank here, is one of the many international development-focused organisations that have adopted this approach.

“We think that energy efficiency is one of the fastest ways that countries can get more mileage out of their energy usage,” Mark Konold, the Caribbean project manager at the Worldwatch Institute, told IPS. “The most important kilowatt hour is the one you don’t have to produce.”

“Especially in island countries, which face disproportionately large energy bills, energy efficiency can go a long way in terms of reducing [an individual’s] financial burden,” he says. “Something as simple as window installations can make buildings in these island countries more efficient.”

Worldwatch and others increasingly consider energy efficiency a key element in the sustainability agenda.

Konold, who recently co-authored a study on sustainable energy in Jamaica, believes it is critical to examine the return on investment of energy-efficient practices. Doing so, he says, can help determine which cost-effective energy models should be implemented in developing nations.

Such recommendations are particularly relevant given the international community’s growing focus on efficiency issues.

The United Nations and the World Bank, for instance, recently established the Sustainable Energy for All (SE4ALL) initiative to help “promote [a] paradigm shift” towards sustainability in developing countries. As one its three objectives, SE4ALL mandates “doubling the global rate of improvement in energy efficiency”.

“There is a growing realisation that energy efficiency is the lowest-cost energy and greenhouse gas emission option,” Nate Aden, a research fellow the climate and energy programme at the World Resources Institute, a think tank here, told IPS. “This is especially important for developing countries that are trying to address energy access while also addressing climate change.”

Part of this new focus is specifically due to the SE4ALL initiative, Aden says. Further,  he believes that the programme’s other two goals – doubling the share of renewable energy and providing universal energy access – are “consistent and complimentary” with energy efficiency.

“For example, in India, there’s a lot of discussion about the appropriate choices going forward, given that you have hundreds of millions who still lack access to energy,” Aden says. “You have to ask what the right choice is in terms of not only producing low-carbon emissions, but also in bringing energy to people.”

Aden also spoke enthusiastically about the “unique perspective” that private companies may take on energy efficiency, pointing to the efficiency efforts of Phillips, a U.S.-based lighting company. Aden believes that the ACEEE’s call for more energy-efficient practices will help make companies “able to plan effectively and be well-positioned from the supplier side” of energy.

While actions by the international community will clearly be important in implementing energy-efficient strategies from the top down, some are also emphasising the need for cultural change at the individual level.

“A huge chunk of this issue is education and awareness-building,” Worldwatch’s Konold says. “And once we start to spread the message that individuals can better their own situation, that’s when we start seeing a change,”

He says there is a profound lack of awareness around energy in many countries, pointing to a phenomenon he refers to as “leaving the air-conditioning on with the windows open”. But Konold emphasises that individuals can indeed make broad, substantive impact if they adopt more energy-saving behaviours in their homes.

This sentiment was echoed by the ACEEE’s Young, whose report pointed out that Americans are particularly guilty of energy-wasting behaviours, consuming roughly 6.8 tonnes of oil equivalent per person. This put the U.S. in second to last place in terms of individual energy consumption, only beating out Canada, where estimated oil consumption was 7.2 tonnes.

Based on this phenomenon, Young believes that individuals should “take advantage of incentives offered by their local utilities and governments to learn more about what they can do to reduce energy waste”, and to check out the ACEEE website, which “has dozens of consumer tips on improving energy efficiency.”