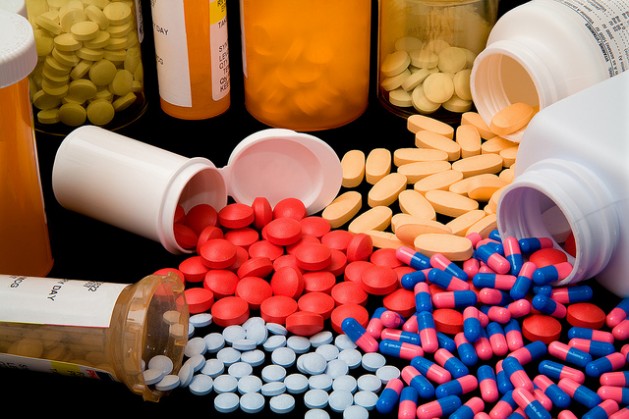 With the average Indian taking some 11 antibiotic pills a year, the country consumed about 12.9 billion units in 2010. Credit: Bigstock

KOLKATA, India, Aug 28 2014 (IPS) - In 2011, the World Health Organisation (WHO) warned: “Combat Drug Resistance – No Action Today, No Cure Tomorrow.” The slogan was coined in honour of World Health Day, urging governments to ensure responsible use of antibiotics in order to prevent drug-resistant viruses and bacteria, or ‘super bugs’.

The warning is even more salient in 2014, particularly in India, a country of 1.2 billion people that recently earned the dubious distinction of being the worst country in terms of antibiotic overuse in the world.

"It’s a delicate, personal, ethical, medical issue. We can’t live without antibiotics. What is needed is prudent use." -- Ashok J. Tamhankar, national coordinator for the Indian Initiative for Management of Antibiotic Resistance (IIMAR)
An analysis of national pharmaceutical sales data published in ‘The Lancet Infectious Diseases’ last month found that Brazil, Russia, India, China, and South Africa accounted for 76 percent of the increase in antibiotic use around the world.

Western countries are now waking up to the alarming impact of over-consumption of antibiotics, which results in drug resistance. In Europe alone, drug-resistant strains of bacteria are responsible for 25,000 deaths a year.

In July, British Prime Minister David Cameron warned that the world could be “cast back into the dark ages of medicine” due to deadly bacteria eventually developing resistance to drugs through mutation, and as a result of “market failure” to develop new classes of antibiotics over the last 25 years.

In developing countries like India, changing lifestyles are contributing to the casual and careless use of drugs.

Ramanan Laxminarayan, research scholar and lecturer at Princeton University, told IPS the reason behind the proliferation of antibiotics in this country is “a combination of increasing income and affordability, easy access without a prescription, willingness of physicians to prescribe antibiotics freely, and a high background of infections that should ideally be contained by better sanitation and vaccination.”

People forget, he said, that “antibiotics do have side effects and […] they are less likely to work for you when you really need them.”

According to the Lancet’s report, the largest absolute increases in consumption between 2000 and 2010 were observed for cephalosporins, broad-spectrum penicillins and fluoroquinolones.

The authors cautioned, “Many broad-spectrum antibiotic drugs (cephalosporins, fluoroquinolones, and carbapenems) are sold over the counter without [the] presence of a documented clinical need.”

Moreover, added Kolkata-based physician Surajit Ghosh of the Indian Public Health Association, some patients choose to refill their own prescriptions without consulting a proper physician, in a bid to reduce the burden of doctor’s fees.

For a country like India with limited healthcare facilities and a doctor-patient ratio of one doctor to every 1,700 people, as well as 29 percent of the population languishing below the poverty line, the emergence of super bugs could be disastrous, experts say.

“With our high background rate of infections, we rely on antibiotics more than developed countries do,” stated Laxminarayan.

“Therefore, the impact of super bugs is likely to be much greater for many in our country who cannot afford the newer, more powerful antibiotics. Think of it as the price of fuel or kerosene going up. The rich will manage wherever they are, but the poor will be hit hard.”

He predicts that the most common diseases to be affected by antibiotic overuse will likely be “hospital infections, particularly those causing sepsis, pneumonia and urinary tract infection.”

Wary of this possible development, many are shifting to alternative medicines, via the Indian Systems of Medicine and Homoeopathy (ISM&H), which includes Ayurveda, siddha, unani, homoeopathy and therapies such as yoga and naturopathy.

Currently, there are over 680,000 registered ISM&H practitioners in the country, most of who work in the private sector.

Swati Biswas* tells IPS, “My husband was ailing for sometime and an operation was advised. But he contracted an infection in the nursing home and his operation was postponed.

“He never recovered after coming home and expired after two months. I spent thousands of rupees on medication for him to no avail. Now I go to a doctor of homeopathy for my problems. I’ve had enough of Western doctors and hospitals,” she added.

Meanwhile, a network known as the Indian Initiative for Management of Antibiotic Resistance (IIMAR) has been formed to promote awareness on this issue.

Asked about the need for such an organisation, Ashok J. Tamhankar, IIMAR’s national coordinator, told IPS, “In a scientific meeting in Bangalore in 2008 many of the participants realised that antibiotic resistance is increasing in India. This is happening because there’s no awareness about it among the stakeholders.

“The ignorance and callousness are at every level of the society – from care providers like doctors, to pharmacists, lawmakers, manufacturers and [even] the consumers. So a platform was created to spread awareness through a blog.”

The initial group had only a handful of people, but now, he claims, it has more than 1,000 active members and many more passive ones from different walks of life.

“Only passing laws is not a solution,” Tamhankar stated.

“It’s the people who have to solve their problems with the help of the law. This is particularly important in the case of antibiotics. It’s a delicate, personal, ethical, medical issue. We can’t live without antibiotics. What is needed is prudent use,” he added.

People also hint at an unholy alliance between pharmaceutical companies and doctors that results in over-prescription of antibiotics for ailments that could easily be treated without them.

Back in 2012, IIMAR reported that the Medical Council of India (MCI) had received 702 complaints of such over-prescription in 2011-12, of which 343 were referred to state medical councils.

“In 2010-11, MCI received 824 such complaints, following which it cancelled the registration of 10 doctors and warned four others,” IIMAR reported.

“Chemist and [drug] associations are not interested in curbing their volume of business and the [pharmaceutical] industry is also silent for the sake of their profit,” says Ghosh.

According to the consulting firm Deloitte, pharmaceutical sales in India stood at 22.6 billion dollars in 2012, with a predicted rise to 23.6 billion in 2013. Sales are expected to touch 27 billion by 2016.

Ghosh feels there should be “antibiotic protocols for all hospital, clinics and dispensaries and this should be displayed in each healthcare-providing agency [and] institution. There should be statutory warnings on each pack of antibiotics, highlighting the hazards of misuse.”

“Time has come to raise [our] voices against the irrational use of antibiotics,” he concluded.