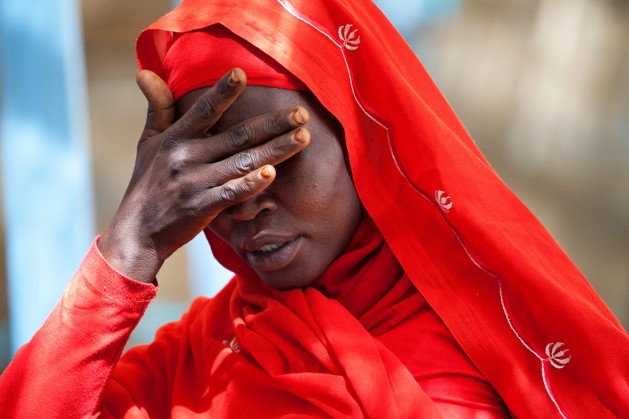 A woman from Kassab camp for Internal Displaced Persons, in Kutum (North Darfur), shows her sorrow for the increase of rapes in the area in 2012. Credit: Albert Gonzalez Farran - UNAMID

UNITED NATIONS, Feb 16 2015 (IPS) - The future of the U.N. African Union Hybrid Mission in Darfur (UNAMID) could depend largely on determining what exactly happened in the town of Tabit in Northern Darfur at the end of October last year.

‘Mass Rape in Darfur’, a report released by Human Rights Watch (HRW) last week, documents over 200 alleged cases of rape of girls and women that occurred in Tabit over a 36-hour period from 30 October to 1 November last year.

UNAMID conducted its own investigation in Tabit last year, releasing a press statement on 10 November that stated that they “neither found any evidence nor received any information regarding the media allegations during the period in question.”

However, the United Nations Secretary General’s Spokesperson, Stéphane Dujarric, stated on 17 November that, “The heavy presence of military and police in Tabit made a conclusive investigation difficult,” calling for UNAMID to be granted “unfettered” access to conduct a “full investigation.”

At the time the HRW report was released, UNAMID was still yet to be granted that access. UNAMID’s statement from 10 November remained on their website, without retraction or clarification.

IPS contacted UNAMID about the Tabit reports and was directed to the United Nations Department of Peacekeeping which did not respond to IPS’ inquiries. 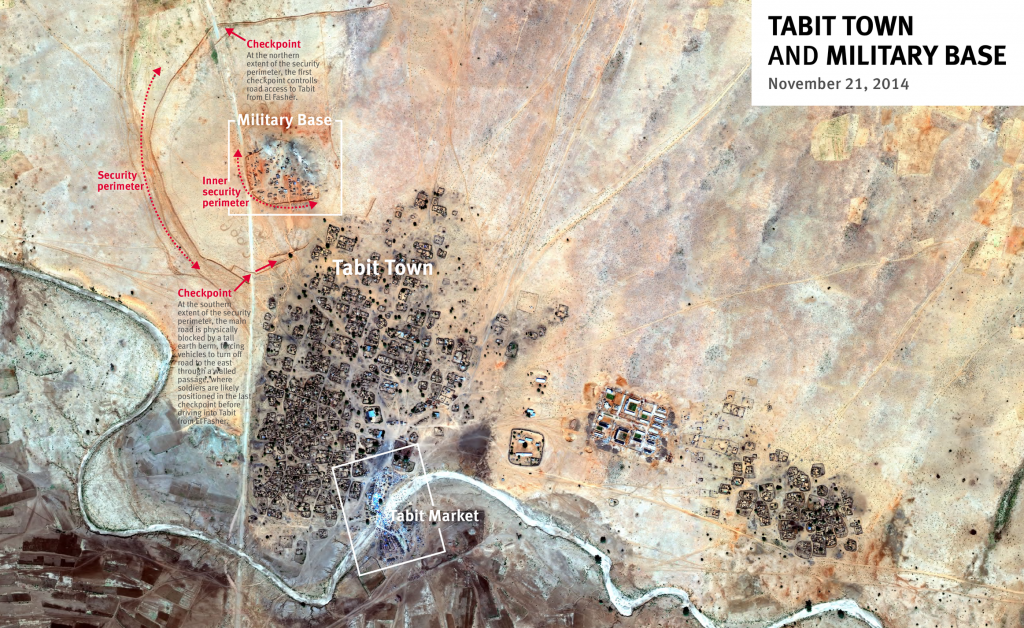 The contradiction between the Secretary General’s Spokesperson’s statement about UNAMID’s investigation and UNAMID’s own press release, fits within a pattern of reporting described, and documented in April 2014 by UNAMID’s former spokesperson turned whistleblower, Aicha Elbasri.

IPS spoke with Elbasri about her allegations and the implications of incomplete or inaccurate reporting of the situation in Darfur for UNAMID.

“The Tabit story which is extremely tragic confirmed what I’ve been denouncing for the past two years,” Elbasri told IPS.

Elbasri describes the investigations into her allegations, of incomplete and inaccurate reporting by UNAMID over the period of 2013 to April 2014,  as a ‘cover-up of a cover-up’.

“When Fatou Bensouda, the chief prosecutor of the International Criminal Court (ICC), requested an independent thorough and public investigation into my charges I expected that Ban Ki-moon would respect this call, which he did not.” Elbasri told IPS.

Disagreement over conflicting reports of what happened in Tabit is also evident between the permanent members of the Security Council.

The United States Permanent Representative to the U.N. Samantha Power said on Thursday: “Because the Government of Sudan denied the UN a “proper investigation”, we have to rely on organizations such as Human Rights Watch to gather witness and perpetrator testimony and to shine a light on what happened.”

Mother told HRW Sudan gov soldiers raped her & 3 daughters (2 under 11yo): “They put clothes in mouths so you could not hear the screaming”

However, Russia has endorsed the Sudanese government’s own finding that there was not a single case of rape, calling on the US government to end economic sanctions against Sudan, which Russia claims are contributing to ongoing violence.

In December last year Fatou Bensouda the Chief Prosecutor of the International Criminal Court told the Security Council, “Given this Council’s lack of foresight on what should happen in Darfur, I am left with no choice but to hibernate investigative activities in Darfur.”

The ICC has had an arrest warrant out on Sudan’s President Omar al-Bashir since March 2009, for his role as indirect co-perpetrator in war crimes and crimes against humanity.

However, even this arrest warrant reveals political divide between international governments, with some in Africa claiming that the ICC is unfairly targeting Africa.

With UNAMID’s authorisation set to expire on 30 June 2015, there are concerns that plans to downsize or withdraw the peacekeeping mission in Darfur, will leave civilians unprotected amid ongoing violence.

“As we speak there are talks about the exit strategy. The Sudanese government is pressuring, with the support of the Russians and Chinese to just end this mission so that they have no witnesses on the ground and the can just finish off their crimes against humanity,” Elbasri told IPS.

“The United Nations is at a crossroads. It has to decide it means what it says. Whether it is still committed to protecting the millions of people in Darfur. Or whether it will just declare its failure and abandon the people of Darfur,” Elbasri said.

The HRW report also questioned the U.N. and A.U.’s downsizing of UNAMID.

“Officials have indicated that this process has been driven by several factors including Sudan’s hostility to the mission, the mission’s high cost, its long standing ineffectiveness with respect to its core mandate, and the perception that the conflict in Darfur is subsiding and no longer requires a robust peacekeeping force.

“The withdrawal of peacekeepers could undermine what little protection the mission has afforded the people of Darfur,” HRW stated.

HRW said that the U.N. and A.U.’s evaluation of UNAMID “should focus on how to urgently improve and bolster the ability of UNAMID to protect people from the kinds of horrific abuses that occurred in Tabit, and effectively investigate human rights abuses without endangering victims and witnesses.”

Professor Eric Reeves, a Sudan researcher and analyst, is also concerned for the future of UNAMID after its authorisation expires at the end of June.

“What will happen is it will not be renewed or it will be renewed in ways that will make it meaningless,” he said. “It’s really meaningless now. But this will go to unheard-of depths with any renewal that Khartoum will permit, otherwise they will simply demand that UNAMID withdraw.”

“We are approaching a moment of truth,” said Reeves.

Reeves told IPS that one of the reasons the UNAMID mission has failed is because it is a hybrid.

“It’s the countries of Africa that continue to celebrate UNAMID as a great success that are responsible here, and none of them is taking responsibility. And short of a non-consensual deployment of a civilian protection force, we will see on July 1st an eviscerated UNAMID or no UNAMID at all,” said Reeves.

“I believe that given the escalating level of violence, we are going to see a major major increase in civilian destruction and displacement. This has been ongoing for three years now, at least.”

Hamza Ibrahim, Chairperson of Foreign Committee of the Darfur People’s Association of New York told IPS that violence in North Darfur has continued, including in areas where people have signed peace agreements with the government.

The government forces are occupying or burning down all of the water sources, people who usually access underground water by pump, now have no access to water and are dying of thirst, Ibrahim told IPS.

He said that when people called for help from UNAMID, that UNAMID said that they couldn’t help because they were in a ‘no go’ area.

“UNAMID have to go there to protect the people, that’s the reason they are there. But for us it looks like the mission is failing, because they can’t even protect themselves.” Ibrahim told IPS.