No Rest for the Elderly in India 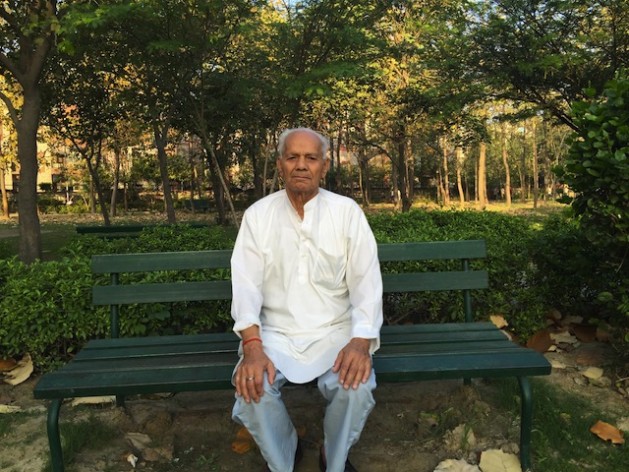 NEW DELHI, Apr 2 2015 (IPS) - As more and more people in India enter the ‘senior citizen’ category, ugly cracks are beginning to appear in a social structure that claims to value the institution of family but in reality expresses disdain for the bonds of blood.

Recent research by HelpAge India, a leading charity dedicated to the care of seniors, reveals that every second elderly person in India – defined as someone above 60 years of age – suffers abuse within their own family, a malaise that has been found to infect all social strata and all regions of the country.

Every second elderly person in India – defined as someone above 60 years of age – suffers abuse within their own family – HelpAge India
The 12-city study, ‘State of the Elderly in India 2014’, found that one in five elderly persons encounters physical and emotional abuse almost daily, a third around once a week, and a fifth every month. A common reason for the abuse is elderly family members’ economic dependence on their progeny.

According to sociologists, neglect of senior citizens – once revered and idolized in Indian society – is largely attributable to the changing social landscape in Asia’s third largest economy, currently home to over 100 million elderly people.

The world’s second most populous nation hosting 1.25 billion people has experienced a dramatic demographic transition in the past 50 years, witnessing close to a tripling of the population aged 60 and over, according to government statistics.

This pattern is poised to continue, with experts projecting that the number of Indians aged 60 and older will surge from 7.5 percent of the country’s total population in 2010 to 11.1 percent in 2025.

By 2050, according to the United Nations Population Division (UNPD), India will host 48 million seniors over the age of 80 and 324 million citizens above 60, a demographic greater than the total U.S. population in 2012.

As per HelpAge’s estimates, the population of people aged 80 years and older is growing the fastest, at a rate of 700 percent.

The boom is largely being ascribed to improved life expectancy outcomes, which have shot up from 40 years in the 1960s to 68.3 years in 2015.

“The steady increase in elderly citizens’ life expectancy has produced fundamental changes in the age structure of India’s population, which in turn has led to the ageing population,” Aabha Choudhury, chairperson of Anurgraha, a non-profit for elderly citizens, tells IPS.

Choudhury adds that the unmet demand for special care services and facilities for the elderly is worsening the situation.

“The benefits outlined in the government’s policy on older persons – a blueprint for their welfare – is yet to reach target beneficiaries. There is a dearth of adequate geriatric care infrastructure and lack of awareness among the target group as well as the service providers,” she explains.

Ironically, despite longer life spans, and India’s rapid economic growth, the majority of older Indians remain poor. Less than 11 percent of them have a pension of any sort, according to national surveys, and savings – like earnings – are low.

This scenario augurs ill for the country’s grey population, with the coming decades threatening to bring unprecedented challenges of morbidity and mortality across the country, according to a 2012 report entitled ‘Health of the Elderly in India: Challenges of Access and Affordability’.

According to the UNPD, 13 percent of older Indians sampled have some type of disability that affects at least one activity of daily living.

More than one-quarter of this population is underweight and nearly one-third has undiagnosed hyper­tension. Nearly 60 percent live in dwellings lacking access to an improved sewer system.

Not only do a large share of the elderly earn an income, they even support their adult children who live in homes and work on farms owned by their parents.

While the Indian government invests significantly on the country’s youth, expecting them to contribute to the economy, support for those who are feeble remains abysmal, rue senior citizens.

For instance, the government’s Indira Gandhi National Old Age Pension Scheme offers a paltry five dollars per month to those above 60 living below the poverty line, which many suggest is an “insult”.

Government failing its most vulnerable citizens

“Indians have to work as long as possible in order to support themselves,” explains a senior official at the government-run Life Insurance Corporation. “Employer insurance and pension schemes are available only to as low as nine percent of rural males and 41.9 percent of urban males who are in the formal sector; among females, the figures are lower still.” 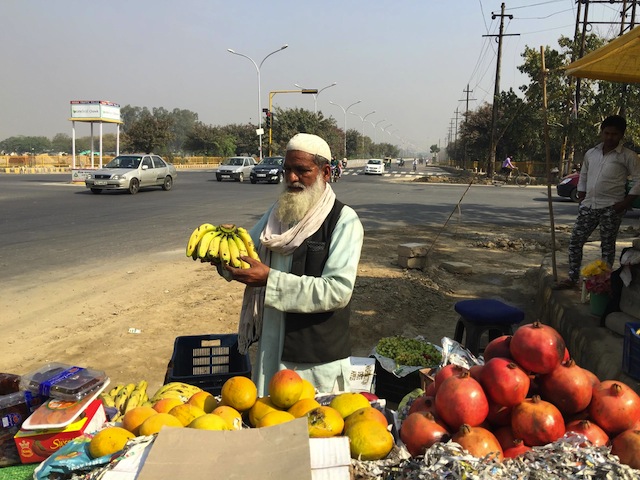 Despite India’s rapid economic growth, the majority of older Indians remain poor. Less than 11 percent have a pension of any sort, and many continue to work in old age. Credit: Neeta Lal/IPS

Insurance in India is limited not only by its low coverage of conditions but also by low coverage of populations. National Family Health Surveys indicate that only 10 percent of households in India had at least one member of the family covered by any form of health insurance.

“Good quality healthcare should be urgently made available and accessible to the elderly. Rehabilitation, community or home-based disability support and end-of-life care should also be provided to address failing health issues among the elderly,” says Vinod Kumar, a member of the Core Group for Protection and Welfare of Elderly, constituted by the National Human Rights Commission in 2009.

There’s also a need, suggests Kumar, to expedite the setting up of a National Commission for Senior Citizens.

The draft bill for the Commission, which lists the proposed commission’s responsibilities, is still pending with Parliament.

“The Commission’s mandate involves looking into matters of deprivation of senior citizens’ rights, their human rights violations and making recommendations to relevant authorities to take action. The proposed commission will also inspect old-age homes, prisons and remand homes to see if their rights are being violated,” elaborates Kumar.

Sugan Bhatia, senior vice president of the All-India Senior Citizens’ Confederation, is disappointed that unlike the West, the Indian government offers no medical support to the elderly.

“Even if we buy medical insurance on our own, it only covers emergency hospitalisation costs. There’s no coverage for costs for medicine or doctors’ fees, which have almost tripled in the last three years,” he tells IPS.

As a signatory to the Madrid International Plan of Action on Ageing and other U.N. declarations, the Indian government has enacted a piece of legislation, the Maintenance and Welfare of Parents and Senior Citizens Act 2007, which makes it a legal obligation for children and heirs to provide maintenance to senior citizens and parents.

However, most parents acknowledge that the issue is far more nuanced than being a financial or legal matter.

Many elderly citizens confess staying with their abusive children more for emotional reasons. “As an army widow, I get a reasonably good pension after my husband’s death, so I can stay separately,” confesses 68-year-old Savita Devi.

“However, my love for my two grandkids, who absolutely adore me, is preventing me from shifting out. It’s a catch-22,” she tells IPS.