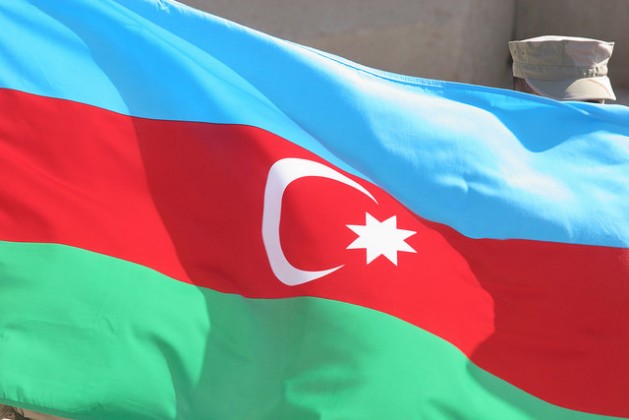 Against the backdrop of serious human rights allegations, Azerbaijan is gearing up to host the first-ever European Games. Credit: ResoluteSupportMedia/CC-BY-2.0

UNITED NATIONS, Apr 24 2015 (IPS) - Months after being denied access to Azerbaijan’s places of detention, the head of the United Nation’s Subcommittee on Prevention of Torture (SPT) announced Friday that her four-member delegation had successfully conducted investigations of Azerbaijani prisons, police stations and investigative isolation units.

“The Azerbaijani Government this time enabled unhindered access to places of deprivation of liberty,” confirmed Aisha Shujune Muhammad, head of the SPT delegation, in a statement published by the Office of the U.N. High Commissioner for Human Rights (OHCHR).

“I can’t think of a single case of the ones we’ve followed – which largely are connected to political activists, journalists and human rights defenders – in which allegations of torture have been effectively investigated." -- Jane Buchanan, associate director of the Europe and Central Asia division of Human Rights Watch
As a state party to the Optional Protocol to the Convention Against Torture, Azerbaijan is obliged to allow independent experts full access to sites of detention, but last September the SPT was forced to suspend its visit after being prevented from inspecting some sites and barred from completing its work at others, “in violation of Azerbaijan’s treaty obligations”, according to OHCHR.

On Friday the subcommittee presented its confidential preliminary observations to Azerbaijani authorities, including recommendations for strengthening systems to protect those persons deprived of their liberty against torture and other cruel or inhuman treatment.

While welcoming the government’s cooperation, Muhammad stressed, “[The] State party has yet to guarantee all fundamental legal and procedural safeguards to persons deprived of their liberty, including access to a lawyer, a medical doctor, and to contact his or her family.”

The statement confirms what international watchdogs have been warning for the past few years: that ill treatment of prisoners and impunity, particularly with regards to political activists and journalists, is rampant in this land-locked nation of 9.4 million people.

“We have had long-standing concerns about conditions in detention and ill treatment and torture of people detained in police stations, in prisons and other facilities,” Jane Buchanan, associate director of the Europe and Central Asia division of Human Rights Watch, told IPS.

“We have huge concerns about fair trials and due process, so we don’t have a sense of optimism at all – nor do I read a lot of optimism into the SPT’s statement. I would not say the trajectory is good.”

She said the situation is particularly worrying for human rights defenders and the media, who are currently weathering a harsh government crackdown against any form of dissent.

In 2014 alone, Human Rights Watch (HRW) recorded over 35 cases of activists, journalists and human rights defenders who were detained or imprisoned on politically motivated charges.

Buchanan said other, local groups have longer lists, whose numbers are closer to the 100 mark.

Even these could be conservative estimates, as many of those who would otherwise be monitoring violations of human rights are now behind bars, or have fled the country to escape prosecution.

“The government is effectively shutting down mechanisms for transparency and accountability for all kinds of things including torture and ill treatment,” she stated.

Amnesty International’s most recent country report for Azerbaijan echoes many of these concerns, highlighting cases like the arrest on May 6 of Kemale Benenyarli, a member of the opposition Azerbaijani Popular Front Party (APFP) who subsequently alleged that she was “beaten, punched, dragged and locked in a cell, where she was kept without food and water until her trial the following morning.”

At the time of her arrest, Benenyarli was among a group of peaceful protestors gathered outside the Baku City Grave Crimes Court, demanding the release of jailed youth activists associated with the NIDA Civic Movement.

Amnesty also reported that another protestor arrested that day, Orkhan Eyyubzade, complained that he was “stripped naked, dragged by the hair, punched, kicked and threatened with rape after he engaged in an argument with police officers during his detention on May 15.”

Other allegations of torture in detention include the withholding of medical treatment, denial of necessary foods due to medical conditions, and the use of physical violence on the part of staff or cellmates, according to HRW’s Buchanan.

“I can’t think of a single case of the ones we’ve followed – which largely are connected to political activists, journalists and human rights defenders – in which allegations of torture have been effectively investigated,” she added.

At present, rights groups say over 50 political prisoners are being held in jails around the country, largely on trumped-up charges.

European Games: A chance to shine a light on injustice?

Against the backdrop of serious rights allegations, which have been escalating since 2012, Azerbaijan is gearing up to host the first-ever European Games under the auspices of the Olympic Movement.

Over 6,000 athletes representing 50 countries are scheduled to participate in the event, which will run from Jun. 12-28 this year.

According to the London-based Business News Europe, the games are budgeted at an estimated eight billion dollars, and billed as the “most spectacular show in Azerbaijan’s history.”

While the government of President Ilham Aliyev hopes to use the games to spotlight his country’s economic development, rights groups are pushing the European Olympic Committees and key National Olympic Committees to instead shift the focus onto human rights abuses and political prisoners.

The Sports and Rights Alliance, a coalition comprised of the likes of Amnesty International, Human Rights Watch, Football Supporters Europe, and Transparency International Germany, recently submitted a letter to Patrick Hickey, president of the European Olympic Committees, arguing that the current crackdown on critics and dissidents is “at odds with key principles of the Olympic Charter that the European Games are meant to uphold.”

The Alliance also urged the sporting body to use its leverage with Azerbaijan to, among other things, demand the immediate and unconditional release of rights activists like Khajida Ismayilova, Leyla Yunus, Arif Yunus, Intigam Aliyev, Rasul Jafarov, Rauf Mirgadirov, Anar Mammadli, Ilgar Mammadov, and Tofig Yagulblu.

“Those participating in the European games being funded by the Azerbaijani government have a real obligation to speak out,” Buchanan stressed.

Among those receiving “funding” to attend the games is Britain’s team of 160 athletes. In February, the Guardian reported that the British Olympic Association (BOA) had admitted that the host country would cover the bulk of the costs associated with getting its teams to Baku.