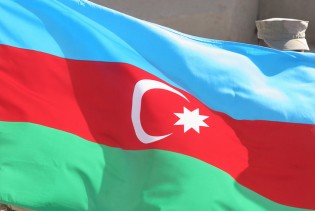 By Shahin Abbasov
Public anger is building in Azerbaijan over Russia’s rough treatment of an ethnic Azeri accused of murder. The incident likely will scuttle any chance, however remote, that Baku will join the Moscow-led Customs Union.

By Shahin Abbasov
There are three weeks to go before energy-rich Azerbaijan’s presidential vote on Oct. 9, but a race is nowhere to be seen. No political ads adorn the capital, Baku, and no candidate spots are running on private TV channels. The incumbent strongman, 51-year-old Ilham Aliyev, is not even bothering to run an active campaign.

By Shahin Abbasov
In Azerbaijan, opposition journalists have long been beaten, blackmailed and some even killed. But now, it appears a few are being bought.

By Shahin Abbasov
Democratisation activists in Azerbaijan are increasingly pessimistic about what they describe as the West’s lack of support for reform and the protection of basic rights in the energy-rich South Caucasus country.

By Shahin Abbasov
Azerbaijan in late April crossed a self-imposed “red line” in its relations with southern neighbour Iran by dispatching Foreign Minister Elmar Mammadyarov on a visit to Israel, Tehran’s arch-foe. Reasons for the timing of the move are not clear, but, so far, Tehran appears to be biding its time with a response.

By Enzo Mangini
Sixty-year-old Irina Grigoryan's voice is drowned out by the merry noise of 230 children waiting for their lunch. Director of kindergarten N3, located in Stepanakert, capital of the self-proclaimed Nagorno-Karabakh Region (NKR) deep in the Caucasus, Grigoryan smiles tolerantly at the din.
Next Page »
ADVERTISEMENT ADVERTISEMENT