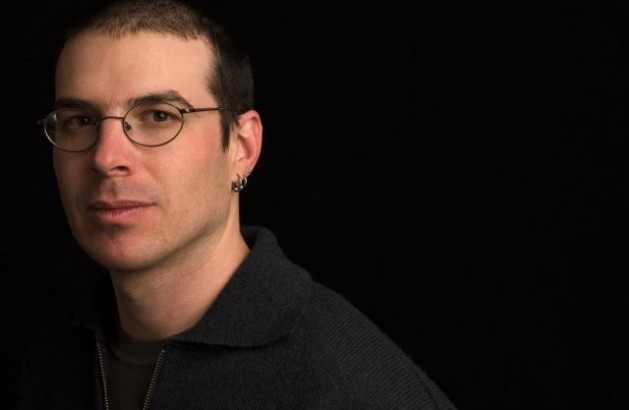 TAIPEI, May 22 2015 (IPS) - Item: In a recent blog post at the New Yorker magazine, staff writer Dana Goodyear surveys the current drought impacting California and writes: “It’s hard to escape the feeling we are living a cli-fi novel’s Chapter One.”

Item: Edward L. Rubin, a professor at Vanderbilt University Law School in Nashville, surveys the ongoing California drought in an oped at Salon magazine, writing: “As the California drought enters its fourth year, it is threatening to strangle the splendid irrigation system that transformed the previously desolate Central Valley into some of the world’s most productive farmland and the scruffy Los Angeles Basin into one of the world’s great cities.”

Item: Indian film director Shekhar Kapur is currently in pre-production for a climate-themed movie about future ”water wars” in New Delhi and titled “Paani,” a Hindi word for ”water.”

Item: Adam Trexler in the introduction to “Anthropocene Fictions,” his newly-released academic study of 150 climate change novels, by authors in Germany, Finland and Canada over the past 50 years, writes: “Perhaps prompted by [the] coinage of “cli-fi,” [media] reported that the global warming has spurred the creation of a whole new genre of fiction.”

Welcome to the 21st century, where water issues combined with climate change and global warming threaten to turn the future into something that is difficult for most of us to imagine.

But that is where novelists and film directors come in, for they can toy with ideas and scenarios and try to make sense of where we stand now and where are headed.

Meet Paolo Bacigalupi, a fifth-generation Italian American and a prose writer with a sterling literary pedigree.

While he once wrote novels that were marketed as science fiction, his new novel, titled “The Water Knife,” is pure cli-fi. The story he tells seems almost ripped from daily newspaper headlines about heat waves, droughts, water shortages and, well, “water wars.”

A Colorado native married to a woman from India, Bacigalupi has in the past written environmentally-themed sci-fi novels. ”The Water Knife,” released this month, leaves science fiction behind and ventures deep into the mushrooming cli-fi genre.

Now in his forties, Bacigalupi writes like few people can today, prose that sings, ideas that flow, musings that ponder who we are and what we are doing on – and to – this planet Earth.

He is famous for saying that one of the classic questions that resonates with him as an author is: “If this goes on, what will the world look like?”

”The Water Knife” is set in America’s near future, and it’s about “water wars” between two major western cities: Las Vegas and Phoenix. The title comes from the starring role that so-called “water
knives” – a term the author coined for his story – play in the climate-themed story.

As master storyteller Bacigalupi frames it, “water knives” are eco-terrorists, hired thugs who become major players in a near future water war in the American Southwest that he imagines and delves into.

At a recent appearance at the annual American Library Association convention in Chicago, Bacigalupi introduced his new novel this way:

“You want a drought? I’ll give you a drought!”

And that’s what ”The Water Knife” is all about: a major drought that impacts the West.

Sound familiar? This book has legs, and it is likely to make a major impact of its own upon publication.
Translations are sure to appear in at least 12 editions outside the U.S., from Brazil to Spain.

Bacigalupi has a good track record as a novelist and short story writer, and he has fans worldwide now.

An earlier novel, ”The Windup Girl,” was a major genre hit, and ”The Water Knife” appears poised to go mainstream with an even bigger impact.

“Mad Max,” “The Hunger Games,” “Waterworld,” “The Walking Dead” and innumerable other books, movies and television series portray futures where the world has been devastated by disasters.

Do we really want to assign blame to global warming?

In the famous words of the American cartoonist Walt Kelly who created the Pogo character, “We have met the enemy and he is us.”

Bacigalupi knows this better than most people.