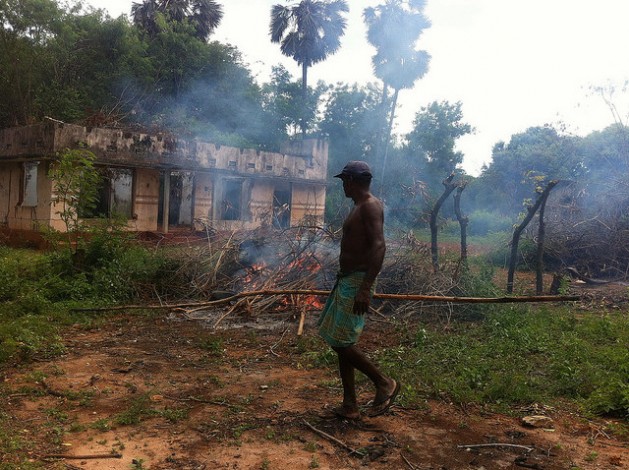 UNITED NATIONS, Jul 21 2015 (IPS) - According to new data released by the U.S. National Oceanic and Atmospheric Administration (NOAA) Tuesday, globally averaged temperatures over ocean and land surfaces between January and June of 2015 were the hottest on record since 1880.

NOAA’s Global Analysis for June 2015 further stated, “These six warm months combined with the previous six months (four of which were also record warm) to make the period July 2014–June 2015 the warmest 12-month period in the 136-year period of record, surpassing the previous record set just last month (June 2014–May 2015).”

“This was the third smallest June extent since records began in 1979 according to analysis by the National Snow and Ice Data Center using data from NOAA and NASA,” the WMO release explained.

Just prior to the release of this new data, on Jul. 1, the WMO together with the World Health Organisaiton (WHO) put out a set of guidelines designed to deal with the health risks associated with hotter global temperatures.

The joint guidance on Heat–Health Warning Systems, released earlier this month, aims to address “health risks posed by heatwaves, which are becoming more frequent and more intense as a result of climate change,” the agencies said.

“Heatwaves are a dangerous natural hazard, and one that requires increased attention,” said Maxx Dilley, Director of WMO’s Climate Prediction and Adaptation Branch, and Maria Neira, Director of WHO’s Department of Public Health, Environmenl and Social Determinants of Health.

“They lack the spectacular and sudden violence of other hazards, such as tropical cyclones or flash floods but the consequences can be severe.”

Over the past 50 years, according to WHO data, hot days, hot nights and heatwaves have become more frequent.

The Intergovernmental Panel on Climate Change (IPCC) noted, “The length, frequency and intensity of heatwaves will likely increase over most land areas during this century.”

Heatwaves also place an increased strain on infrastructure such as power, water and transport.

The agency cited the recent heatwaves in both India and Pakistan that killed thousands of people this summer.

In Pakistan alone, 1,200 perished in the month of June, mostly poor people and manual labourers who were forced to remain in the streets despite government warnings to stay indoors to avoid the blistering 45-degree heat.

According to the WHO, the European heatwaves in the northern hemisphere summer of 2003 were responsible for the deaths of tens of thousands of people, as were the Russian heatwaves, forest fires and associated air pollution in 2010.