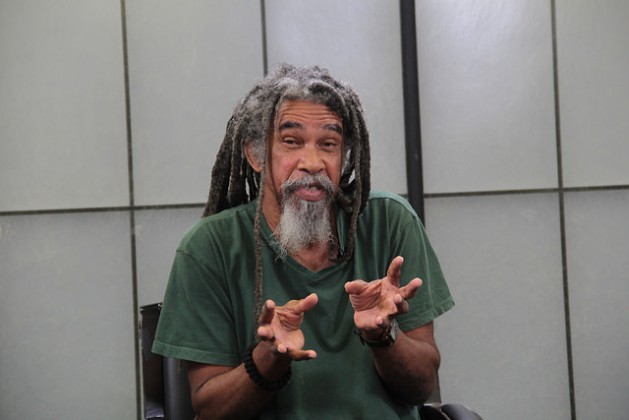 “For me, the whole thing is so basic: the earth that we are living on and in is our mother and there are ways that we are supposed to treat our mother and relate to our mother,” the 64-year-old, who has won the St. Lucia Medal of Merit (Gold) for Contribution to the Arts, told IPS.

Caribbean residents are expected to accord the highest levels of respect to their mothers. Therefore, Hippolyte’s approach could see many of the region’s nationals engaged in more individual actions to adapt to and mitigate against climate change.

“And if we deal with our mother as a person is supposed to deal with his or her mother, then so much falls into place,” Hippolyte tells told at a climate change conference last month dubbed “Voices and Imagination United for Climate Justice”.

Hippolyte is one of several artists from across the Caribbean who have agreed to use their social and other influences to educate Caribbean residents about climate change and what actions that they can take as individuals.

The conference focused on the establishment of an informal grouping of Caribbean artists and journalists who will be suitably briefed and prepared to add their voice — individually or collectively — to advocacy and awareness campaigns, with an initial focus on the climate change talks in Paris in December.

The artists include Trinidad and Tobago calypsonian David Michael Rudder, who is celebrated for songs like “Haiti”, a tribute to the glory and suffering of Haiti, and “Rally ‘Round the West Indies”, which became the anthem of Caribbean’s cricket.

British-born, Barbados-based soca artist Alison Hinds and Gamal “Skinny Fabulous” Doyle of St. Vincent and the Grenadines have also signed on to the effort.

Ahead of the 2015 climate change summit in Paris this year, Caribbean negotiators are seeking the support of the region’s artists in spreading the message of climate justice.

They say that the region has contributed minimally to climate change, but, as small island developing states (SIDS), is being most affected most its negative impacts.

Countries that have contributed most to climate change, the argument goes, must help SIDS to finance mitigation and adaption efforts.

St. Lucia’s Minister of Sustainable Development, Energy, Science and Technology, James Fletcher, told IPS that at the world climate change talks in Paris this year, SIDS will be pushing for a strong, legally-binding climate accord that will keep global temperature rise to between 1.5 and 2 degree Celsius above pre-industrialisation levels.

Caribbean negotiators have put this redline into very stark terms, using the rubric “1.5 to stay alive”.

If global temperature rise is capped at 2 degrees Celsius above pre-industrialisation temperatures, most countries in the Caribbean Community (CARICOM) — a 15-member bloc running including Guyana and Suriname on the South American mainland, Jamaica in the northern Caribbean, and Belize in Central America — will still see their total annual rainfall decrease between 10 and 20 per cent, Fletcher says.

And even with a 2-degree Celsius cap, the Caribbean is projected to experience greater sea level rise than most areas of the world, he tells IPS.

He says that some models predict that a 2-degree Celsius rise in global temperatures will lead to a one-metre sea level rise in the Caribbean. 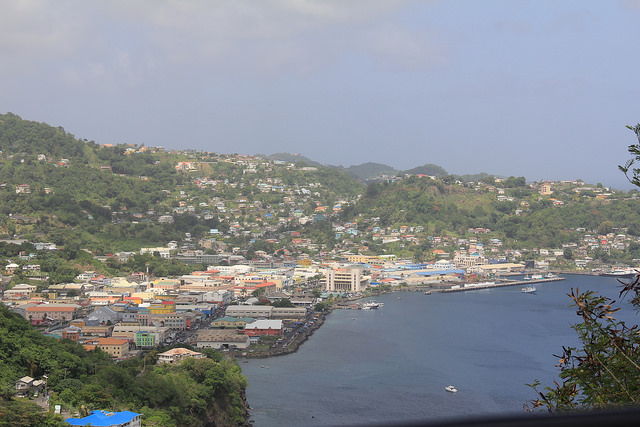 Caribbean negotiators say capping global temperature rise at 1.5 degrees Celsius above pre-industrialisation levels is necessary to protect infrastructure, such as in Kingstown, the capital of St. Vincent and the Grenadines. Credit: Kenton X. Chance/IPS

This will translate to the loss of 1,300 square kilometres of land — equivalent to the areas of Barbados, Antigua and Barbuda, Anguilla, and St. Vincent and the Grenadines combined, Fletcher told IPS.

Over 110,000 people, a number equivalent to the population of St. Vincent and the Grenadines, will be displaced.

The countries of the Caribbean, famous for sun, sea and sand, have at the national level been rushing to implement mitigation and adaptation measures.

But Hippolyte believes that there is much that can be done at the individual level and says while a lot of information is available to Caribbean nationals, there needs to be a shift in attitude.

“A lot of the information about what we need to do is out there, but in a way, it is here, it is in the brain,” he says, pointing to his head.

“And to me, where I see the arts coming in, and where I see myself and other artists coming in to take the information, the knowledge,” he says, pointing again to his head, “and to bring it here — into the heart,” he says.

“And if that information goes into the heart, then it goes out into the hands and into the body into what we do and what we actually don’t do,” Hippolyte tells IPS.

Speaking at the climate justice event, Didacus Jules, director general of the Organisation of Eastern Caribbean States (OECS), a nine-member political and economic sub-group within CARICOM, told IPS that “justice lies in the protection of the vulnerable whether they be the individual poor or the marginal state”.

Most of the infrastructure in small island development states is along the coast and threatened by sea level rise, Jules points out.

“The negative impacts of climate change are also influencing how we interact with each other as a people given that we have to compete for limited resources,” he tells IPS.

“The climate justice message must therefore be spread in every corner of this region (the Caribbean) and not only promoted by global media that does not always have the interests of SIDS at the forefront.”

He says that Caribbean artists can play a role in spreading the message of climate justice.

“We have seen the power of our Caribbean artists and musicians. Caribbean music is a global force with an impact outlasting any hurricane that we have experienced,” Jules said.

He said that despite the vulnerabilities and challenges that SIDS face, “rallying in the region by using our voices can send a strong signal to let the world know that we are fully aware of the implications of not having a legally binding international agreement on climate change and the impacts it can have on SIDS in our region.

“The bottom line is that the impacts of climate change threaten our very existence,” Jules tells IPS.

“We will clamour if we must, but they will hear us — 1.5 to Stay Alive! The Alliance of Small Island States has made it clear that it wants below 1.5° Celcius reflected as a long-term temperature goal and benchmark for the level of global climate action in the Paris agreement this year,” Jules said.