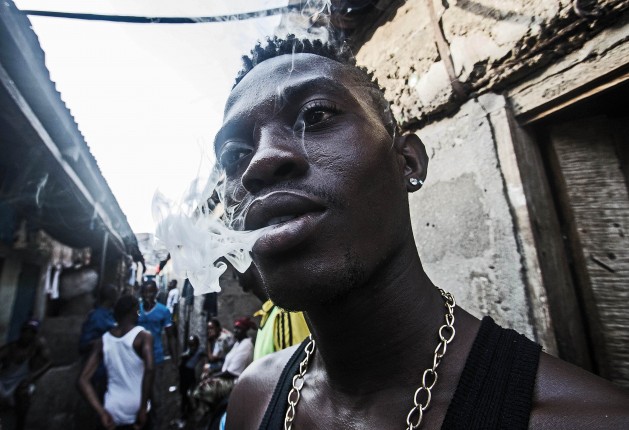 In his address, Eliasson noted the sensitivity of the subject but urged for collaboration and action.

“It is…important that we listen to each other and learn from each others’ experiences, not least of how the well-being of people is affected,” he stated.

“We must base our decisions on research, data and scientific evidence. And we must not shy away from new ideas and approaches – even if these sometimes may challenge traditional assumptions,” Eliasson added.

However, the ongoing discussions reflect a deep discord regarding drug policy within the international community. UNGASS, which was due to be held in 2019, was advanced to 2016 at the request of the leaders of Colombia, Guatemala and Mexico, countries that have been at the frontline of drug-related violence.

Ahead of UNGASS, Colombian President Juan Manuel Santos remarked on the failure of war on drugs in an opinion editorial for the Guardian.

“Vested with the moral authority of leading the nation that has carried the heaviest burden in the global war on drugs, I can tell you without hesitation that the time has come for the world to transit into a different approach in its drug policy,” he wrote.

“This is not a call for legalisation of drugs. It is a call for recognition that between total war and legalisation there exists a broad range of options worth exploring,” President Santos added.

Since the 1961 UN Convention on Narcotic Drugs, states have focused on the criminalisation and eradication of drugs. However, evidence has shown that this approach has not only failed to reduce the production and consumption of drugs, but it has also negatively impacted human rights, health and development around the world.

In Colombia, production of the world’s supply of coca leaves stood at less than 10 percent up to the 1980s. However, following the United States-led war on drugs in Peru and Bolivia, which funded crop eradication programs and anti-narcotics policing, cocaine production was pushed northward into Colombia. By 2000, the country cultivated an estimated 90 percent of the world’s coca leaves.

Despite US-funded anti-narcotics operations in Colombia in the 1990s, drug-fuelled violence spiked and contributed to the Western hemisphere’s longest war. Approximately 220,000 civilians were killed and more than five million were displaced during the Colombian armed conflict.

Meanwhile, Colombia continues to be a major coca and cocaine producing country.

Public health concerns also arose from the use of glyphosate in aerial spraying campaigns which were conducted for over two decades to eradicate coca crops. In 2015, the World Health Organisation warned that the herbicide could cause cancer.

In the U.S. itself, the criminalisation of drugs has led to unprecedented levels of incarceration. The north American nation currently has 25 percent of the world’s prisoners, many of whom have been imprisoned for drug offences.

Though Whites use drugs five times more than African Americans, African Americans are sent to prison for drug offences at 10 times the rate of White drug users, according to the National Association for the Advancement of Colored People (NAACP).

This has produced social costs that do not stop until long after prison sentences end, if at all.

Many families also lose income and struggle to meet basic needs when a family member is incarcerated and unable to earn wages. In the same study, nearly 2 in 3 families with an incarcerated member were unable to meet their family’s basic needs, and 70 percent of those families include children. This perpetuates a vicious cycle of poverty and further incarceration with little if any change in drug consumption and production nationally.

The U.S. has begun to address the issue, implementing changes in its criminal justice system. During the National Drug Abuse and Heroin Summit in Atlanta in March 2016, President Barrack Obama highlighted the need to change drug approaches.

“For too long we’ve viewed drug addiction through the lens of criminal justice,” Obama said at the conference.

“The most important thing to do is reduce demand. And the only way to do that is to provide treatment – to see it as a public health problem and not a criminal problem,” he continued.

In the last two years, Obama has commuted 248 sentences of non-violent drug offenders who were harshly sentenced as a result of the war on drugs. The U.S. Justice Department also plans to release 6000 drug offenders following a drug law reform which reduced punishment for federal drug offences.

The UNGASS has incorporated some of these perspectives, experiences and evidence in its newly and unanimously adopted outcome document which aims to more effectively address the world drug problem.

In the document, the General Assembly has called for alternative measures to conviction and proportionate sentencing for drug-related offences. It also highlights the need to increase access to health services and treatment and address root causes including poverty.

However, many have already criticised the session and outcome document as being insufficient to effectively address the global drug issue.

“It demonstrates how fundamentally out of touch many national bureaucracies and governments are with the urgency of change and tragically, will condemn another generation to violence, disease, overdose, stigmatisation and rights abuses,” she concluded.

According to the UN Office on Drugs and Crime (UNODC), approximately 27 million people are problem drug users. As of 2015, there has been little change in the production, use, and health consequences of illicit drugs.