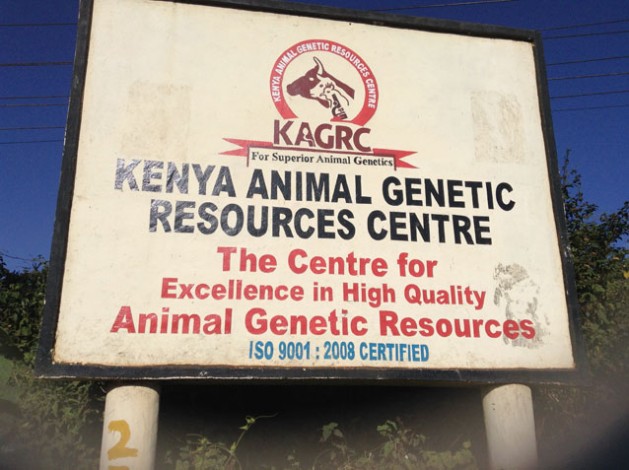 NAIROBI, Kenya, Apr 15 2016 (IPS) - With Kenya’s meteorological records over the last 50 years indicating increased irregularity and variability in precipitation, the effects of changing climate are hitting hard. Rising temperatures as well other forms of extreme weather events in form of droughts and floods are a common feature.

As a result, the country has launched the first ever national strategy on genetic resources within the context of climate change for the 2016-2020 period. The strategy, which was launched earlier in Nairobi, outlines constraints and opportunities and suggests mitigation and adaptation strategies against climate change impacts.

Willy Bett, cabinet secretary, ministry of agriculture, livestock and fisheries, said during the launch of the strategy that Kenya has a rich diversity of genetic resources that can be exploited for climate change adaptation and mitigation. Bett said plants, animals, insects, aquatic and microbial organisms found in terrestrial, aquatic and below ground habitats and ecosystems as some of the country’s diverse genetic resources. “The resources constitute a rich national heritage that needs to be conserved and harnessed to sustain human livelihoods in terms of food, shelter and medicines,” he pointed out.

The studies whose findings were published in 2011 in a publication titled coping with climate change: the importance of genetic resources for food security pointed out that genetic resources will remain an essential insurance policy that offers responses to future changes in production conditions.

FAO is a key player in seeking solutions to climate change challenges through genetic research. In Kenya, it is supporting initiatives that enhance conservation and use of plant genetic resources through characterisation and regeneration or multiplication.

Desterio Ondieki Nyamongo, director, Kenya Genetic Resources Research Institute (GeRRI) which is based at the Kenya Agricultural and Livestock Research Organisation (KALRO) says partnership with FAO has seen the institute develop the national strategy and action plan on plant genetic resources within the context of climate change (2016 – 2020). “This document, launched by the agriculture cabinet secretary in January this year, was one of the outputs supported by the benefit sharing fund of the International Treaty on Plant Genetic Resources for Food and Agriculture. The project was undertaken in partnership with United Nations Development Programme, Kenya,” he says.

Nyamongo states that the national strategy and action plan on plant genetic resources within the context of climate change also supported the generation of three policy briefs and several extension materials: these include production of media materials advocacy, awareness creation on conservation and use of genetic resources into climate change adaptation planning, policies and strategies. The information, he added, is intended for the general public and policy-makers.

FAO is not alone in focusing on genetics in search of interventions in combating negative effects of climate change. Sara Quinn, regional communications specialist, communications and public awareness department, International Potato Center, based at the International Livestock Research Centre campus in Nairobi says climate change will exacerbate drought and heat in agriculture and as a consequence increase pressure from pests and diseases.

Bett however enumerated various challenges that affect the conservation, utilisation and sharing of benefits of plant genetic resources. First is the excessive degradation of plant biodiversity and over exploitation, which has led to depletion of some species and narrowed their genetic base. This has been further exacerbated by the effects of climate change. Second is increasing over-exploitation, bio-piracy and destruction of habitats as well as loss of indigenous knowledge.

Another obstacle is multiplicity of institutions with legal mandates to regulate various aspects of genetic resources leading to inadequate coordination and conflicts in management of genetic resources. Lack of a comprehensive biodiversity conservation facility for animal, microbial and aquatic genetic resources which compromises germplasm security is another challenge highlighted by the cabinet secretary.

The FAO studies having noted challenges that hinder better use of genetic resources in tackling climate challenges called for common, internationally coordinated solutions. These include a reliance on diversity, either of the species currently in production or of new species entirely mostly from other countries. “The need to maintain genetic diversity will only grow with the severe and rapid changes that are anticipated due to climate change” noted the study.

These studies recommended that policy-makers being cognisant of the fact that climate change will increase the interdependence of countries in the use of genetic resources for food and agriculture.

According to Bett, his ministry is strengthening the sub-sector, through measures such as enactment of the national seed policy which was done 2010. The policy outlined the direction and specific interventions for realising sustainable seed industry development. Another intervention is reviewing the act on seed and plant varieties to enable application of best practices in seed certification procedures, plant variety release protocols, plant breeder’s rights and anchorage of regulations on management of plant genetic resources for food and agriculture.

Besides that, the ministry endeavours to strengthen the institutional capacity of the Kenya Plant Health Inspectorate Service and providing for structured engagement with industry stakeholders. Bett says the establishment of GeRRI under KALRO is expected to hasten coordination and legal operationalisation and alignment of genetic resources management to international best practices. This will ease conservation, access and benefit sharing arising from the use of plant genetic resources.

Kireger said they aim to mobilise support and resources to combat the effects of climate change. As a result, KALRO is focusing its efforts through GeRRI which houses the only long term ex situ conservation facility in the country – a gene bank.

According to him, the gene bank currently holds a repository of 50 000 plant accessions representing 165 families and 893 genera and close to 2000 species.