NEW DELHI AND PHILADELPHIA, May 17 2016 (IPS) - Imminent demise of small farmers is predicted as they are not competitive in a context of transforming agrifood markets. Most important is the transformation of the “post–farm gate” segments of the supply chains. 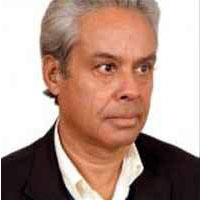 Agrifood markets have been transforming because of growing affluence, urbanisation and large inflows of FDI induced by liberalised investment policies. A few salient features include replacement of local and fragmented food value chains by geographically much longer chains. Traditional village traders/brokers/processors have declined while small and medium firms have proliferated with eventual domination of large domestic firms and multinationals (Reardon and Timmer, 2014). For example, rice mills have declined rapidly. Instead small but especially medium and large scale mills have emerged located in towns. A comprehensive Asian Development Bank report on Food Security in Asia (2013) draws attention to some contrasts between Bangladesh and India in rice supply chains. The role of the village trader, for example, has shrunk, controlling only 7% of farms and sales in Bangladesh, and 38% of farms and 18% of sales in India. 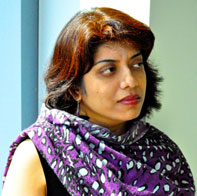 A large share of food undergoes processing. Grain milled rice is made into bread or polished rice, for example. The rapid growth of food processing is driven by women’s participation in the labour force and dietary shifts, promoted in part by modern retail. The retail segment has transformed rapidly in the last decade. Many governments had public sector cum cooperative retail ventures (e.g. India, Vietnam, and China). These were dismantled with structural adjustment and liberalisation. The supermarket “revolution” has been a catalyst. Supermarket chains seldom buy fresh produce directly from farmers. Instead, they tend to buy from wholesale markets or from specialised wholesalers who in turn buy from preferred suppliers.

In the downstream, dietary changes have been significant. Domestic consumption of high-value crops such as fruits and vegetables rose by 200 % during 1980-2005, while consumption of cereals stagnated. High value food exports –including fruits and vegetables, meat and milk products, and fish and seafood products-from developing countries increased by more than 300% during 1980-2005, and now constitute more than 40 % of total developing country agrifood exports (World Bank, 2008). The growth in high value agricultural exports has been much faster than the growth in traditional exports such as coffee, cocoa and tea, which decreased in overall importance.

Overall, the supply chain is lengthening geographically and “shortening” inter-mediationally (or, “simply fewer hands in the chain”). The former implies that food markets are integrating across zones/states in a country; it also implies “de-seasonalisation” of the market. A case in point is the potato market in India, China and Bangladesh.

Although there is considerable pessimism about small farmers’ ability to participate in high value food chains because of their small scale of production, failure to comply with stringent quality standards and unreliability of supply, recent evidence is mixed. The main arguments that transaction costs and investment constraints are a serious consideration in these chains and that processing and retailing companies express a strong preference for working with relatively fewer, larger and modern suppliers are not rejected. But the evidence also shows that many more small farmers participate in such chains than predicted by these arguments.

In India, small farmers play an important role as suppliers in growing modern supply chains. In China, production in the rapidly growing vegetable chains (and in several other commodities) is exclusively based on small farmer production. Poland, Romania and CIS do not show any evidence of “exclusion” of small farmers. Studies of high value export vegetable chains in Africa find in some cases that production is fully organised in small farms or fully in large farms or mixed in small and large farms (Swinnen et al. 2010).

Small farmers are indeed excluded in some supply chains and in some countries, but this is far from a general pattern, and, in fact, small and poor farms are included in supply chains to a much greater extent than expected on arguments based on transaction costs and capacity constraints.

Several reasons underlie this view. (i) Buyers often have no choice where small farmers supply a large share of supply and occupy a large fraction of land. In parts of East Asia and China, with a high population pressure on land, sourcing is often from small farms. (ii) It is often not the case that companies contract with large farms simply because of lower transaction costs. In fact, many companies prefer not to depend on large farms because contract enforcement is harder. (iii) In some cases, small farms have substantive cost advantages. This is particularly the case in labour-intensive, high maintenance, production activities with relatively small economies of scale, such as dairy or vegetable production.

Empirical evidence reveals that small farmers engage in high value contract production because of guaranteed sales and prices, and access to inputs, and not so much for direct profit and income benefits.

Vertical coordination is widespread in high value chains, often as an institutional response to problems of local market imperfection. But vertical coordination varies from integrated (large) farms managed by food companies to extensive contracting arrangements with small farmers. Contract farming improves access to credit, technology and quality inputs for poor, small farmers hitherto faced with binding liquidity and information constraints. But reneging of buy back arrangements on specious poor quality standards is frequent due to weak enforcement mechanisms (a case in point is India).

Evidence on impact of these value chains on small farmers is patchy and inconclusive.

Available evidence suggests that where the smallholders are only partially participating as suppliers, the poorest rural households may benefit from inclusion through the labour market than small farmer participation. In other words, whether small farmers are included in these chains or not, is unlikely to be a good indicator of the welfare effects. On the other hand, the shift of suppliers from traditional to modern markets causes price effects. These price effects and their welfare implications depend on scale economies in modern versus traditional production systems, trade, relative demand and production elasticities (or how responsive is production to price changes), and on the factor intensity of high value commodities. In poor countries, where modern supply chains increase demand for labour- intensive commodities, the spill over effects are likely to be positive.

The transaction costs faced by private actors when transacting with a large number of farmers could be reduced by investing in intermediary institutions (e.g. producer groups). Intermediary institutions reduce the number of transactions and the cost of exchange between farmers and processors or input suppliers. Whether small coverage of producer groups undermines this argument is beside the point as what is emphasised is that the potential of such groups is considerable. Besides, as argued by a World Bank report, Enabling the Business of Agriculture 2016, clear and accessible laws foster a business environment that benefits all market players-especially farmers including vulnerable female farmers and smallholders, consumers and large investors.

In conclusion, the imminent demise of small farmers is exaggerated, if not mistaken altogether.