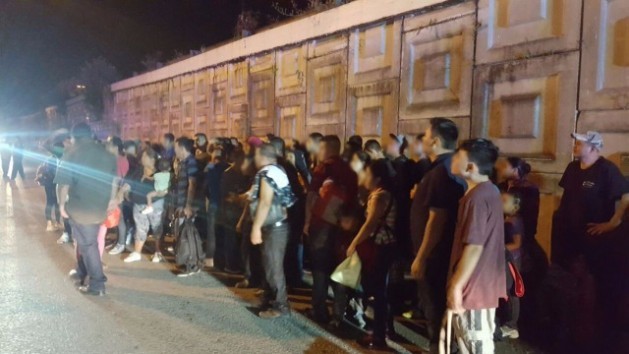 About a hundred Central American migrants crammed into a large truck were rescued in the Mexican state of Tabasco in October. It is not likely that Donald Trump’s arrival to the White House will dissuade people from setting out on the hazardous journey to the United States. Credit: Courtesy of the Mesoamerican Migrant Movement

MEXICO CITY, Nov 17 2016 (IPS) - “Donald Trump will not stop me from getting to the U.S.,” said Juan, a 35-year-old migrant from Nicaragua, referring to the Republican president-elect who will govern that country as of Jan. 20.

Juan, who worked as a street vendor in his country and asked that his last name not be mentioned, told IPS: “I got scared when I heard that Trump had won the election (on November 8). Maybe with Hillary (Clinton) there would have been more job opportunities. But that won’t stop me; it has never been easy to cross, but it is possible.”

Juan set out from Nicaragua on September 13, leaving his wife and son behind, and on the following day crossed the Suchiate River between Guatemala from Mexico, on a raft.

In Mexico, he experienced what thousands of migrants suffer in their odyssey towards the “American dream”. He evaded at least four checkpoints in the south of the country, escaped immigration officers, walked for hours and hours, and was robbed of money, clothes and shoes by three men wearing hoods in El Chagüite, in the southern state of Oaxaca.

After filing a complaint for assault in a local public prosecutor’s office, he has been living since October in the “Hermanos en el Camino” shelter, founded in 2007 by the Catholic Church division of pastoral care for human mobility of the Ixtepec Diocese in Oaxaca, awaiting an official humanitarian visa to cross Mexico.

“I want to get to the United States. What safeguards me is my desire and need to get there. I want to work about three years and then return,” Juan said by phone from the shelter, explaining that he has two friends in the Midwestern U.S. state of Illinois.

The struggles and aspirations of migrants such as Juan clash with Trump’s promise to extend the wall along the border with Mexico, to keep out undocumented migrants.

While they digest the triumph by Trump and his Republican Party, migrant rights organisations and governments in Latin America fear a major migration crisis.

During his campaign, Trump vowed to deport the 11 million undocumented immigrants who live in the United States, about half of whom are of Mexican origin.

And on Sunday Nov. 13 the president-elect said that as soon as he took office he would deport about three million unauthorised immigrants who, he claimed, have a criminal record. 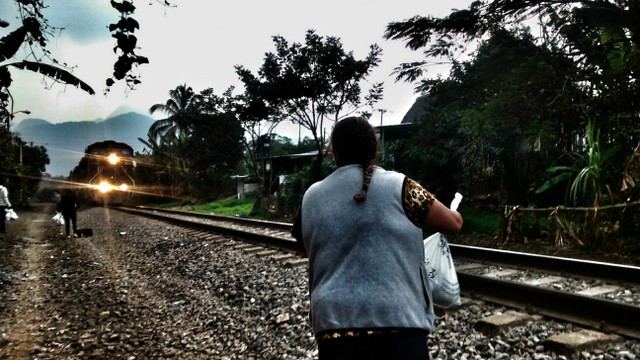 A member of the migrant aid group “Las Patronas” waits for the train known as “The Beast”, that was used by undocumented migrants to cross southern Mexico, to give them water and food. The Mexican government shut down the notorious train in August. Credit: Courtesy of the Mesoamerican Migrant Movement

“Trump’s policy would aggravate the migratory situation,” said Alberto Donis, who works at Hermanos en el Camino, one of the first Mexican shelters for migrants, which currently houses some 200 undocumented migrants, mainly from Guatemala, Honduras and El Salvador.

“With Trump, we don’t know what else he will do, but it will be worse than what we have now. After what happened in the elections, people who are not able to cross will stay here. Mexico will be a country of destination. And what does it do? Detain and deport them,” he said, talking to IPS by phone from the shelter.

For the last eight years, the outgoing administration of Democratic President Barack Obama has implemented contradictory migration policies, that have demonstrated the scant influence that sending countries have on U.S. domestic policies.

However, DAPA has been suspended since February by a court order and it is taken for granted that Trump will revoke both measures when he takes office.

And on the other hand, the Obama administration set a new record for deportations: Since 2009, more than two million migrants have been deported, mainly to Mexico and Central America.

An estimated 500,000 undocumented migrants from Central America cross Mexico every year in their attempt to reach the 3,185-km border separating Mexico from the United States, according to estimates from organisations that work with migrants. 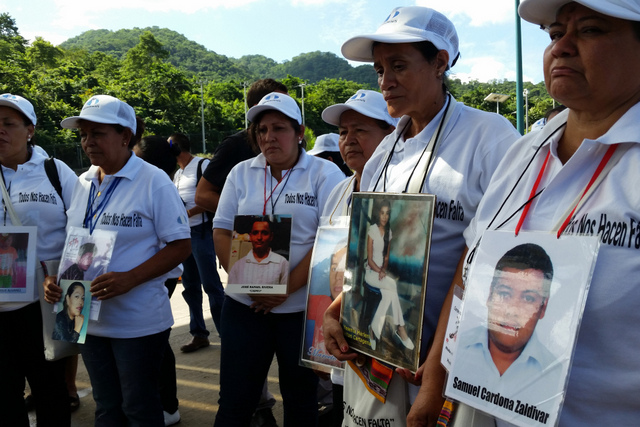 Central American mothers in search of their children who went missing on their way to the United States take part in a caravan that set out on Nov. 10 and is set to reach the Mexico-U.S. border on Dec. 2. Credit: Courtesy of the Mesoamerican Migrant Movement

Activists criticize the Comprehensive Plan for the Southern Border, implemented since August 2014 by the Mexican government with the help of the United States to crack down on undocumented migrants. The plan includes the installation of 12 bases on rivers and three security belts along the Mexico-U.S. border.

But some migrant rights’ organisations have doubts as to whether Trump will actually carry out his threats, due to the social and economic consequences.

“He says so many outrageous things that I cannot imagine what he may do. He is a businessman and I don’t think he will risk losing cheap labour. None of it makes sense, it is nothing more than xenophobia and racism. The United States would face long-term consequences ,” Marta Sánchez, executive director of the Mesoamerican Migrant Movement, told IPS.

The Movement is taking part in the XII caravan of mothers of Central American migrants who have gone missing on their journey to the United States, made up of mothers from Guatemala, Honduras, El Salvador and Nicaragua, which set out on Nov. 10 in Guatemala and reached Mexico Nov. 15.

On Nov. 12 Claudia Ruiz Massieu, Mexico’s secretary of foreign affairs, meet with this country’s ambassador and consuls in the U.S. to design plans for consular protection and assistance for Mexican nationals, with a view to the expected increase in tension.

The governments of Mexico, Guatemala, Honduras and El Salvador do not appear to have devised plans to address the xenophobic campaign promises of Trump.

These economies would directly feel the impact of any drop in remittances from migrants abroad, which, in El Salvador for example, represent 17 per cent of GDP.

But the U.S. economy would suffer as well. The American Action Forum, a conservative think tank, estimated that the mass deportation of all undocumented migrants would cause an economic contraction of two per cent and a drop of 381 to 623 billion dollars in private sector output.

Juan just wants to cross the border. “The idea is to better yourself and then return home. People keep going there and they will continue to do so, because in our countries we cannot get by; the shelters are full of people looking for the same thing. If they were to deport me, I would try again,” he said.

For Donis from Hermanos en el Camino, migrant sending countries are not prepared to receive the massive return of their citizens.

“They already don’t have the capacity to sustain the people that are living in the country; it would be even more impossible for them to receive millions of deported migrants. Nor are shelters prepared. What these countries need to do is invest in sources of employment, in the countryside, in infrastructure, invest in their people, in order to curb migration,” said the activist.

During the caravan of mothers of missing migrants, which will end on Dec. 2 in Tapachula, Mexico, on the border with the United States, Sánchez anticipated that they would mention Trump and define their position. ”We will reject those measures and fight against them, this is just beginning,” she said.