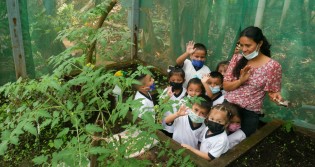 By Edgardo Ayala
Trying to make it into the United States as an undocumented migrant is not such an attractive option anymore for Moris Peña, a Salvadoran who was deported from that country in 2014.

By Emilio Godoy
“Donald Trump will not stop me from getting to the U.S.,” said Juan, a 35-year-old migrant from Nicaragua, referring to the Republican president-elect who will govern that country as of Jan. 20.

By Diana Cariboni
“Survival migration” is not a reality show, but an accurate description of human mobility fuelled by desperation and fear. How despairing are these migrant contingents? Look at the figures of Central American children travelling alone, which are growing.
Next Page »
ADVERTISEMENT ADVERTISEMENT