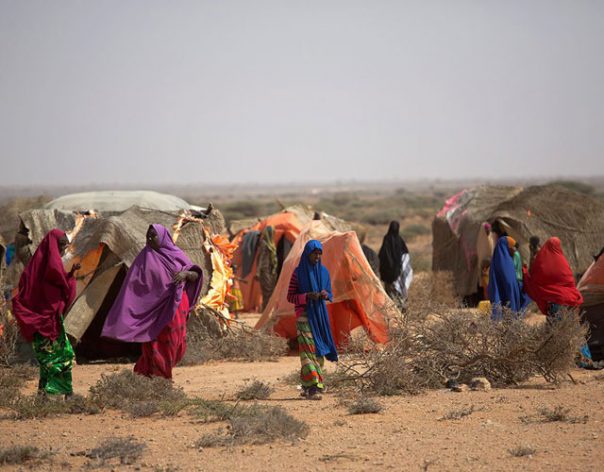 “The on-going drought in the Horn of Africa is widespread, triggering a regional humanitarian crisis with food insecurity skyrocketing, particularly among livestock-owning communities, and devastating livelihoods” - FAO. Credit: FAO

The high-level symposium, which was held ahead of this year’s World Day to Combat Desertification (WDCD) marked on June 17, stressed that Africa’s heavy reliance on the natural resource base for livelihoods is a challenge, and its mismanagement increases household risks and amplifies the vulnerability of millions of people.

This was the first time high-ranking officials drawn from Africa’s foreign affairs, environment and interior ministries met jointly to find solutions to Africa’s growing challenge of rural youth unemployment that is driving distress migration and radicalisation of disillusioned young men.

“Frustrations will boil over with more migration and more conflict over a shrivelling resource base.” Monique Barbut

Participating ministers called for support to create land-based jobs in the rural areas to ward off the temptation for the most disillusioned to take up alternative but dangerous sources of income.

They called for the identification of sites where tenure or access to land rights can be secured and provided to vulnerable at-risk-groups.

As well, they called for investment in rural infrastructure, rehabilitation tools and skills development and prioritisation of job creation in unstable and insecure areas.

The symposium examined the threats connected to sustainability, stability and security, namely, conflicts linked to access to degrading natural resources, instability due to unemployment of rural youth and insecurity and the risk of the radicalization triggered by social and economic marginalization and exposure to extremist groups. 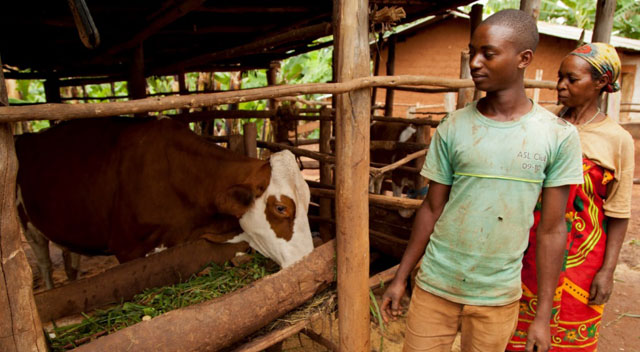 A young person helps out in his family farm in Gitaramaka village, Karusi Province, Burundi. Today’s generation of young people aged 15 to 24 is the largest in history. Governments around the world face the challenge of providing young people with jobs and opportunities that safeguard their futures. Credit: ©IFAD/Susan Beccio

Presidents Roch Marc Christian Kaboré of Burkina Faso, Ibrahim Boubacar Keita of Mali and Mahammadou Issoufou of Niger stressed that drought, food insecurity, water scarcity, unemployment, hopelessness about the future and poverty are fertile grounds for extremism, and a sign of insecurity, instability and unsustainability.

Two days earlier, more than 400 civil society representatives from African participated in their World Day observance, also in Ouagadougou, and organised by Spong, a local non-governmental organisation, to prepare for the International Summit of Non-State Actors titled, Desertif’actions 2017, to be held on 27 and 28 June 2017 in Strasbourg, France, which will be dedicated to land degradation and climate change, bringing together 300 stakeholders from 50 countries.

“Frustrations Will Boil over with More Migration and More Conflict”

According to Monique Barbut, UNCCD Executive Secretary, more than 375 million young people will enter Africa’s job market over the next 15 years, of whom 200 million be living in the rural areas. 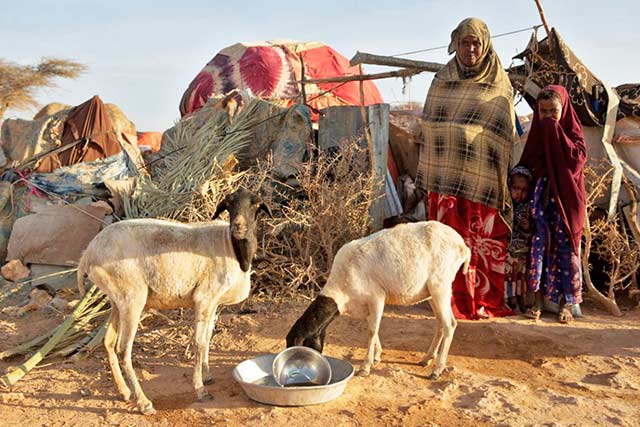 “Millions of rural young people face an uncertain future due to the lack of decent rural jobs and continuous loss of livelihoods due to land degradation and falling yields…Frustrations will boil over with more migration and more conflict over a shrivelling resource base.”

The challenge is bigger than just a matter of a million young African’s attempting to make the move towards Europe over the course of a year, she said, adding that the UK Ministry of Defence estimates up to 60 million Africans are at risk of distressed migration as a result of land degradation and desertification pressures in the next two decades.

“Imagine what could happen if each of you committed to rehabilitate 100,000 hectares of land in your respective countries… If young people in Africa were given the chance to bring that natural capital back to life and into production… With the right type of investments in land, rural infrastructure and skills development, the future in your region can be bright.”

During the celebrations, Barbut announced the two winners of the prestigious Land for Life Award: Practical Action Sudan/UNEP from South Sudan; Watershed Organization Trust from India.

The Land for Life China award was given to Ms Yingzhen Pan, Director General of National Bureau to Combat Desertification, China.

The winners show that restoration of degraded land can halt distress migration that is driven by unproductive land resources, Barbut said. “Families and communities are transformed and become more resilient towards climate change when job opportunities are created.”

The 1st African Action Summit by Heads of State and Government held in Marrakesh in 2016 launched the Sustainability, Stability and Security initiative – the 3S Initiative – with a commitment to speed up the restoration and rehabilitation of degraded lands as a means to create jobs for rural youth.

According to Batio Bassiere, Minister of Environment, Green Economy and Climate Change, Burkina Faso, his country, on average, loses 360,000 hectares of land to degradation every year, with significant impacts on 85 per cent of the population that lives off agriculture and pastoral activities.

As stated in the theme of the World Day to Combat Desertification, Our Land, Our Home, Our Future must be preserved against all forms of degradation or desertification, said the minister.

Burkina Faso is now among the 110 countries that to-date have committed to achieve the Sustainable Development Goal target of land degradation neutrality by 2030, he said.

The United Nations Convention to Combat Desertification (UNCCD) is the only legally binding international agreement on land issues. It promotes good land stewardship, and its 196 Parties aim, through partnerships, to implement the Convention and achieve the Sustainable Development Goals.

According to UNCCD, the end goal is to protect our land, from over-use and drought, so it can continue to provide us all with food, water and energy.

“By sustainably managing land and striving to achieve land degradation neutrality, now and in the future, we will reduce the impact of climate change, avoid conflict over natural resources and help communities to thrive.”