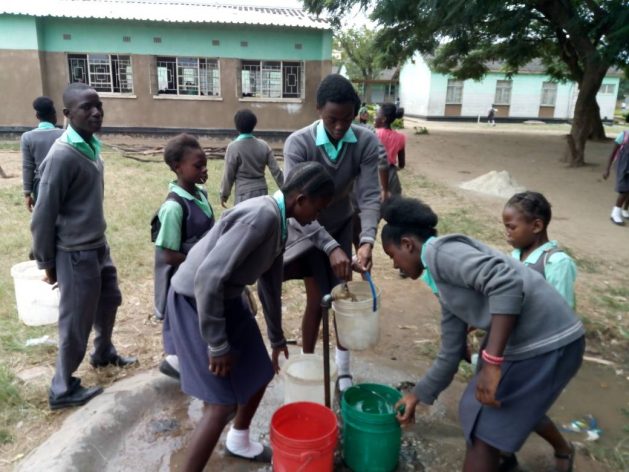 LUSAKA, Apr 24 2018 (IPS) - Trees are a vital component in the ecosystem—they not only give oxygen, store carbon, stabilise the soil and give refuge to wildlife, but also provide materials for tools, shelter and ultimately, food for both animals and human beings.

In fact, according to the World Bank statistics, some 1.3 billion people around the world depend on forests for their livelihood—that is a fifth of the global population. This includes income from the sale of trees and tree-related products. It also includes the value of fruit, fodder, medicines, and other direct or indirect products that they consume.

In monetary terms, the International Union for the Conservation of Nature (IUCN) estimates the annual net benefit of restoring 150 million hectares of land at approximately 85 billion dollars per year. Additionally, it would sequester massive amounts of greenhouse gases.

However, it is globally recognised that forest restoration requires an integrated approach which appreciates and understands forests along their entire value chain. Thus, it is crucial to see forest landscape restoration efforts as much more than just protecting forests, but as a force for economic growth and poverty reduction.

It is from this background that several game-changing initiatives such as the decade-long United Nations Convention to Combat Desertification (UNCCD)’s Great Green Wall, UN REDD plus strategy for carbon trading, and national governments’ annual tree planting exercises are being implemented to restore the world’s degraded landscapes and in the process transform millions of lives. 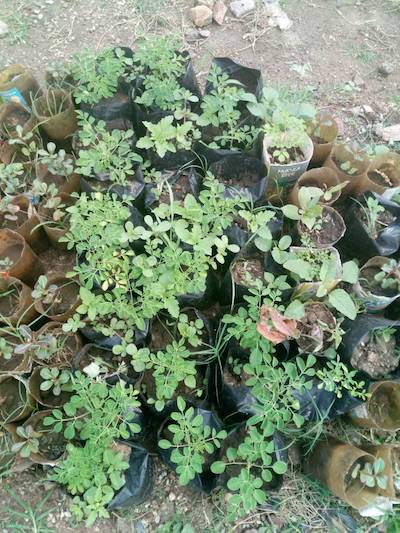 But for a country which boasts 44 million hectares of forests covering 58.7 percent of the total land surface area, 5.5% contribution to GDP is not good enough. And an alarming annual deforestation rate of 276,021 hectares confirms this challenge that require immediate attention.

“Growing population and economic pressure has increased demand for economic and social development, forcing people to just take from the environment instead of growing from it,” says Richard Jeffery, a conservation expert. Jeffery believes “Plant A Million” (PAM) initiative could reverse this trend as it is promoting an economic benefit model.

“Plant A Million” (PAM) aims to plant at least two billion trees by 2021. According to Emmanuel Chibesakunda, PAM initiator, sponsor and project manager, the vision is to accelerate and scale up a tree-based economy for socio-economic change in Zambia and mitigate climate change impacts.

“Plant A Million is a joint public-private tree planting initiative that is promoting a tree-based economy and sustainable development through local school and community participation,” Chibesakunda told IPS. “This initiative focuses on developing the future of Zambia with the full set of skills and know how, through promoting thought leadership and innovation, social responsibility, leadership skills and helping children to connect to the world.”

Therefore, he adds, the project has taken a deliberate strategy to entrust the future in the hands of future leaders—children, thus the emphasis on public schools and community participation.

Under this strategy, he says, education and attitude change are key project outcomes:

“We want to shift away from the focus on number of trees planted as the wrong success factors. Key is how many trees survive the critical first two years, and the value they add to the community. Our focus is attitude change, and it has to start with the future leaders—children.”

There is a common adage in one of Zambia’s local languages, Bemba, which states: “imiti ikula empanga,” loosely translated as “today’s seedlings are tomorrow’s forests.” In a nutshell, the values being imparted in today’s children will determine the future world view.

Roy Lombe, an educator, believes that today’s seedlings have to be well nurtured through a practical hands-on approach. “Our generation has mishandled forests due to poor attitude, and so we don’t want to fall in the same trap,” he says. “Once they learn the value of a tree while young, they will not depart from it when they grow into adults.”

“When the project team came to our school, I did not hesitate to be a champion, as my interest in trees dates back to my early life family values—farming,” Chibenga told IPS. “My grandfather has a farm, my father has a farm, so I saw this as an opportunity to grow my knowledge of trees and their value to humanity.”

For 15-year-old Subilo Banda, also in Grade Eleven at the same school, his motivation, he says, is to correct the wrongs of the past.

“I think our generation is open-minded. The old generation’s mistakes have taught us what we know. That’s why I think it is a very good idea to start with us in terms of mindset change,” he says, adding that there is a better possibility for his generation to embrace a ‘green’ lifestyle due to this early exposure and education.

As an incentive, the schools involved will be earning an income. Chilando Chella, Lake Road PTA School Manager, cannot wait for this exciting opportunity to make extra cash: “We have targeted to raise 50,000 seedlings this year from which we expect to earn thousands of kwacha. And we plan to plough back this money into skills training, for we know that not all of our learners will end up in the formal sector.”

So far, the project has already reached out to 12 schools with 15,000 students in Lusaka district, who are growing 500,000 tree seedlings. A further 132 schools are on standby to be included in the program within the next eight months with the target from the vice president to reach 720 schools in all 10 provinces in the next two years involving approximately one million children. 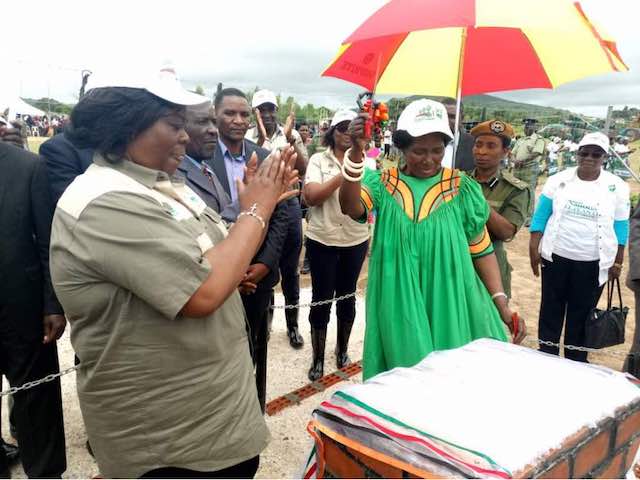 With the project announced by Republican Vice President in February 2018 during the National Tree Planting day, almost all ministries are already keyed-in. Strategic among them are the Ministries of National Development Planning (overall coordination), General Education and High Education (Schools, Colleges and Universities), and the Ministry of Lands and Natural Resources, which holds the forestry sector portfolio.

Professor Nkandu Luo is the Minister of Higher Education. With a considered view that her ministry is the bedrock on which development is anchored, Professor Luo also believes the project is in tandem with, and supports the value system agenda that government is promoting, as espoused in the country’s constitution.

“Honesty and hard work are some of the key values that our constitution is promoting, and I think this project is timely in this regard. Teaching our young ones to learn the value of hard work, of honesty and being able to earn based on one’s input and not expecting to earn where one has not sown. So, this project will be used by the Ministry of National Guidance and Religious Affairs to push the value system agenda as advocated in our constitution.”

Meanwhile, for the Ministry of Lands and Natural Resources, the approach of not looking at plantations but individuals is very important, considering the high deforestation rate that the country is recording.

“I am not afraid to mention here, and let me put it on record, that for as long as we do not provide alternative energy solutions for our people, they will continue cutting trees,” laments Jean Kapata, Minister of Lands and Natural Resources.

“But I am happy to report that we have started looking at several alternative options one of which is the bamboo for charcoal which we believe will be a game changer if well implemented.”

According to Kapata, government is considering scaling up plantations of some fast-growing bamboo species which can be harvested starting at four years and can go on up to fifty years.

However, attitude change requires information. And Dora Siliya, Minister of Information and Broadcasting Services, argues for a narrative change regarding the climate change and development discourse.

“We have been looking at this climate change issue wrongly, only thinking about how to mitigate, adapt and conserve, we have not thought of what wealth and jobs can be created from this agenda…so it is time we took a different approach as communicators on how to publicise these issues for mindset change, and this ministry is taking a lead on that front.”

In terms of scale, PAM is an ambitious project that could change Zambia’s forestry landscape forever. However, with several initiatives undertaken in the past, which have seemingly not achieved the desired results, there is always room for caution.

Finnish Ambassador to Zambia Timo Olkkonen provides some guidance to the PAM initiators:

“Finland has directly and indirectly contributed to Zambia’s efforts to have sustainably managed forests, over the last 50 years of development cooperation between the two countries. However, some of the projects and programmes have not been hugely successful; it is therefore imperative for you to understand reasons why some of the initiatives of the past have not yielded much results, there are key lessons to be learnt.”

As the project awaits its official launch by President Edgar Chagwa Lungu later this month, the children already involved are keen to be key influencers.

“I wouldn’t blame charcoal makers for it is a source of livelihood for some of them, but let them learn to plant more than what they cut,” says 15-year-old Mutwiva Upeme, Grade Eleven pupil at Chunga School. “Thank you for letting us get involved—we are the future!”