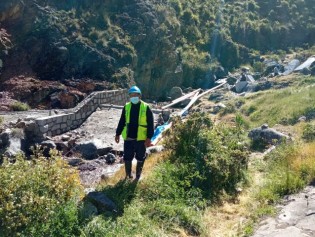 By Emilio Godoy
Forest communities play a fundamental role in Mexico in combating land degradation, but they need more support to that end.

By Mary Itumbi
Mary Itumbi reports from Nairobi that Kenya is taking advantage of carbon trading to contribute towards efforts to address climate change.
ADVERTISEMENT ADVERTISEMENT