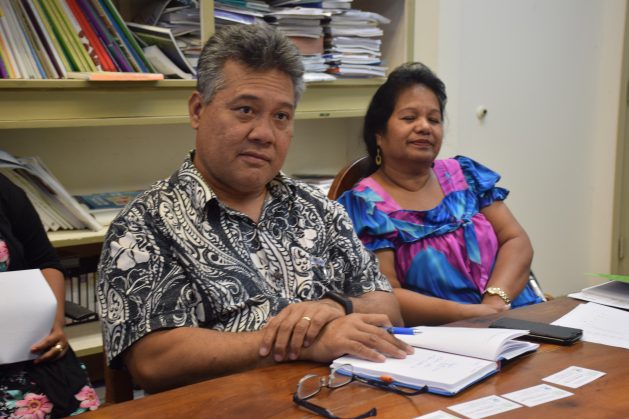 Marcus Samo, Assistant Secretary in the Federated States of Micronesia (FSM) Department of Health Services, is concerned that the country has been unable to reduce the prevalence of Hansen’s disease. Credit: Stella Paul/IPS

POHNPEI , Apr 8 2019 (IPS) - During his 22-year career in the health sector, Marcus Samo has seen the Federated States of Micronesia (FSM) suffer from an increased burden of disease while at the same time the resources to address them have either remained the same or decreased.
Samo is the Assistant Secretary in the country’s Department of Health Services, a post he has held for a decade. He has seen the rapid growth of both noncommunicable diseases (diabetes and heart ailments) and communicable diseases (tuberculosis and leprosy).

And Samo considers the disease his country’s biggest health concern.
“We don’t seem to be reducing leprosy the way we should, so it is a big concern for us. We appreciate the way we are getting support, such as drugs,” Samo tells IPS.
Novartis, through the WHO, currently provides multidrug therapy or MDT free across the globe.
And this March, Samo met with a team from the Sasakawa Health Foundation/Nippon Foundation, led by the foundation’s CEO Takahiro Nanri. The team was in Pohnpei, the Micronesian capital, to understand the reasons for the high prevalence of Hansen’s disease in the country and to assess the national leprosy programme. The foundation’s team included Dr. Arturo Cunanan, a world expert on leprosy, who currently heads up the Culion Sanitarium and General Hospital in the Philippines.

In addition to philanthropic assistance, Micronesia, like the Marshall Islands, is dependent on financial assistance from the United States. This is provided under the Compact of Free Association Agreement, which, according to the U.S. Department of the Interior means “the U.S. provides financial assistance, defends the FSM’s territorial integrity, and provides uninhibited travel for FSM citizens to the U.S.” For the 2019 financial year, 65 million dollars in Compact Funding was allocated to the atoll nation.

Samo admits that ensuring healthcare to the approximate 105,000 people, who are scattered on 65 of the nation’s 607 islands, is a balancing act. Oftentimes his staff use the tuberculosis (TB) budget to provide care for Hansen’s disease patients. Also, with just one newspaper and one radio station in the country, his department has few tools of mass communication and depends heavily on social media to raise public awareness about leprosy. 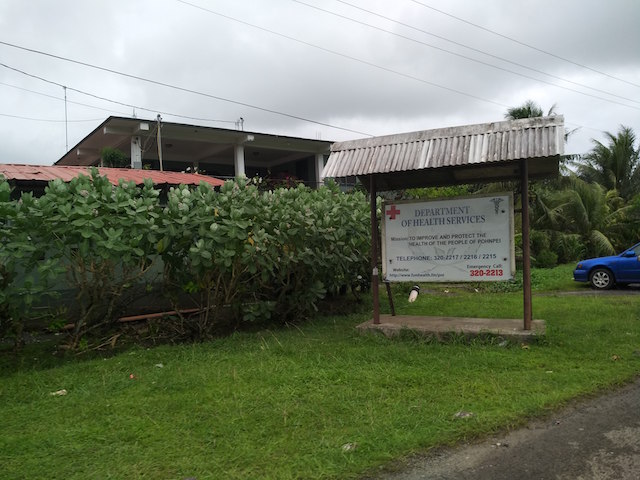 The offices of the Department of Health Services in Pohnpei, Micronesia’s capital. Ensuring healthcare to the approximate 105,000 people, who are scattered on 65 of the nation’s 607 islands is an ongoing challenge. Credit: Stella Paul/IPS

Excerpts of the interview follow:
Inter Press Service (IPS): Other than the supply of drugs, in what other areas does FSM need the support of the international community?

Marcus Samo (MS): Beside drugs, one area where we need support is definitely transportation. To get to the islands, to give drugs to the patients is very difficult for us. So, transportation is one [need] and training is another.

IPS: What kind of training do you need?

MS: Training for physicians and clinicians on how to administer the drugs, how to deal with the complications of leprosy and extreme cases. Recently, one of our staff [received] some training in India and that is very useful.

IPS: Have you ever thought of building a treatment facility for those who might have serious cases of advanced leprosy?

MS: We haven’t really thought of it, but I think that is certainly something we will consider down the line. I am not sure if we have such extreme cases here, but only time will tell if we must do some serious thinking about it.

IPS: Is leprosy is a priority? Do you allocate enough fund for fighting the disease?

MS: As you know, Micronesia gets most of its resources from the US government through the Compact Fund. Most of our budget allocations come from there. But, just recently, our department has also started receiving some additional money which is raised by our own national government locally through revenue collections and some other smaller funds that we get from other governments. We call it the Legal Fund. We are distributing some of this money to our state health departments to provide care for all the diseases which are endemic here such as diabetes, TB and leprosy. That’s why I say leprosy is a priority for us.

IPS: So, for the annual budget of your department, the national government gives you money both from the Compact Fund and from various other funds?

IPS: But your National Leprosy Programme (NLP) still doesn’t have any fund of its own and depends on TB programme’s budget. Is it correct?

MS: We are aware of it. But TB and Leprosy are now combined as a single, integrated service. Sometimes they do internal adjustments. But, as I said, we are looking forward to more external financial support. If we can get it, we can provide funding separately to the NLP.

IPS: What is the amount you allocate to states? Is this enough?

MS: I can’t give you a number yet, but it is not adequate. But, compared to what we had five years ago, it has increased a little and we just need to maintain it. Of course we are also working with our funders like [United States] on this.

IPS: How important is the role of media in eliminating leprosy and how do you collaborate with the media?

MS: The role of the media is very important especially in removing the stigma that is attached to leprosy. We don’t have a television channel here. We have a radio station and a newspaper who decide on their own content. We may consider [teaming] up with them to produce some content focused on leprosy like a panel discussion or a special interview with a visiting expert. But currently we are using media that we produce such as posters, brochures and leaflets.

IPS: Have you ever met a leprosy patient yourself?

MS: Only when I was a kid. Since then, I have not.