IPS correspondent Tharanga Yakupitiyage speaks to WHO’s Coordinator of the Expanded Programme on Immunisation DR. ANN LINDSTRAND on the challenges of immunisation and the way forward. 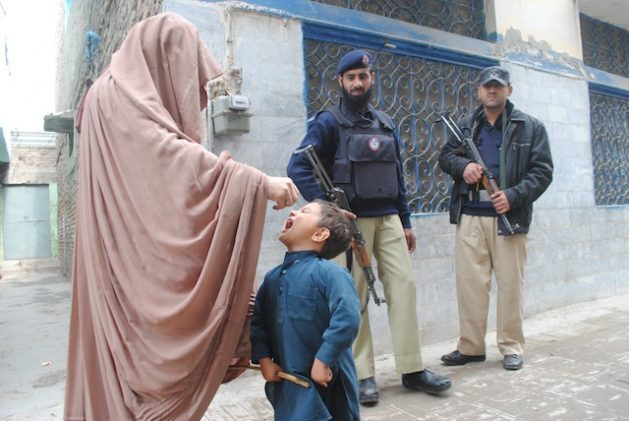 A young boy in Pakistan receives an oral polio vaccine (OPV). Over the last 30 years huge progress has been made against polio and it is now only endemic in 2 countries, Afghanistan and Pakistan, with only 33 cases confirmed cases last year. Credit: Ashfaq Yusufzai/IPS

UNITED NATIONS, May 1 2019 (IPS) - Since the introduction of vaccines, diseases such as measles and polio were quickly becoming a thing of the past. However, the world’s progress on immunisation is now being threatened.

According to the World Health Organisation (WHO), 85 percent of the world’s children received basic vaccines, including the measles and diptheria-tetanus-pertussis (DTP) vaccines, which can protect them from infectious diseases that cause serious illness and even death.

In fact, measles immunisation resulted in an 80 percent drop in measles-related deaths between 2000 and 2017 worldwide.

Still, access to vaccines remain elusive for many out-of-reach communities.

In 2017, an estimated 20 million infants did not receive the DTP vaccine, 60 percent of whom live in just 10 countries, including Afghanistan, the Democratic Republic of the Congo, Iraq, and Nigeria.

A rising anti-vaccination movement is also threatening to dismantle progress.

In the United States, there are now more than 700 cases of measles across 22 states making it the highest figures the country has seen since 2000.

The phenomenon has prompted some states to not only make immunisation mandatory, but also to ban unvaccinated children from public spaces.

To mark World Immunisation Week, held during the last week of April, IPS spoke to WHO’s Coordinator of the Expanded Programme on Immunisation Dr. Ann Lindstrand on the challenges of immunisation and the way forward. Excerpts of the interview follow: 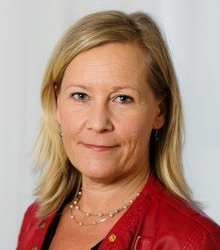 Inter Press Service (IPS): How is the overall global picture regarding immunisation, and why does immunisation matter?

AL: Immunisation matters because it is one of the most effective health interventions that we have, and it has saved millions of lives. I don’t think there is any other health intervention that works that well, with such high coverage, worldwide.

Just looking back at what we have gained from immunisation—back in 1963 when we didn’t have any vaccine for measles, there were about 2.6 million deaths every year due to measles. Now, that figure has reduced by 95 percent. The last figures we have are from 2017 with an estimated 110,000 deaths—so there has been a tremendous health gain.

Same with polio—30 years ago, we had widespread polio crippling people but now its only endemic in two countries Afghanistan and Pakistan with only 33 cases confirmed cases last year.

Now the newer vaccines like HPV [human papillomavirus] will help us reduce numbers of cervical cancers and new vaccines on the horizon like the Ebola vaccine which is used in outbreaks in Africa right now has really played a critical role in stopping the spread of the current outbreak in the DRC.

Just this month, the first ever malaria vaccine is being piloted in routine immunisation programs in three countries.

IPS: WHO and others have pointed to the anti-vaccination movement as one of the biggest health threats in the world. How concerning is the move away from vaccinations, and what does this mean for people around the world? Is this a new challenge for WHO?

AL: It is an area of concern, yes.

But it is not the global picture. We do not have the data to say that hesitancy has increased but we have seen that with social media and the internet, misinformation is spread more widely and easily.

That’s something we are really worried about. In some areas, there is a resurgence of disease because of unacceptably low coverage rates or that people are refusing vaccines.

But it worries us and we need to be right there to tackle to spread of vaccine misinformation. It is really important to put out the right messages.

I work as a paediatrician and I have talked to a lot of parents who have had these concerns and it takes a lot of effort.

At the heart of it, it is really the health worker who is sitting there with the [parent] who have concerns or have heard something on the internet or media, and they need to be able to respond to their questions and to listen and respect the concerns of parents.

And that those health workers actually have the capacity and time to respond, both with the social ability to listen to the parents’ real concerns and also provide the scientific evidence.

The bigger picture for us to improve health is for children everywhere to get vaccinated on time and every time. We need to increase access so that vaccine services are made convenient and welcoming so people want to go there, that we are good at putting out credible information from the beginning including what are the facts, what is the evidence.

IPS: Some U.S. states are enacting mandatory immunisation laws or even barring those who have not received vaccines from certain public spaces. Do you agree with these steps, or does more need to be done?

AL: The only disease where WHO actually recommends mandatory proof of vaccination applies to yellow fever and for international travellers in certain countries.

Beyond that, it is up to every country to make decisions based on existing disease epidemiology, their laws and regulations, and if it is the best way to go.

It is a complex area—how do you sanction parents? How far do you go to enforce laws when they are in place?

That is a conversation that every country needs to have before even considering any of the mandatory vaccinations.

I think it is important to encourage countries to invest in and protect their individuals and communities from vaccine-preventable diseases and then remove barriers—have few access barriers when it comes to cost and convenience.

Make it simple and easy. Make the choice of vaccines the social norm.

IPS: In light of World Immunisation Week, what is your message for people around the world regarding the importance of immunisation?

AL: Immunisation is a fantastic health intervention. It is a right for all children, and it is also a shared responsibility.

As we have seen with the recent outbreaks, no country and no individual can afford to be complacent about vaccines. It is important that we look at not just putting out fires or responding to outbreaks after they have happened—that’s expensive, ineffective and it costs lives.

What is more important is to have sustainable prevention, thinking and ensuring that everyone everywhere is vaccinated at the right time with the right vaccines and throughout their life course.

It also important to see that vaccines is not just for saving lives, it helps children to learn, grow, keep them in school instead of sick, avert disabilities and long-term consequences. It reduces the health care costs for a country, and protects families and communities from sliding into poverty.

There is no debate to have on the benefit or the risk between vaccines and the vaccine-preventable diseases.

We need to continue to protect people also in the future, and we really need to invest in trust in vaccines and in our healthcare system.