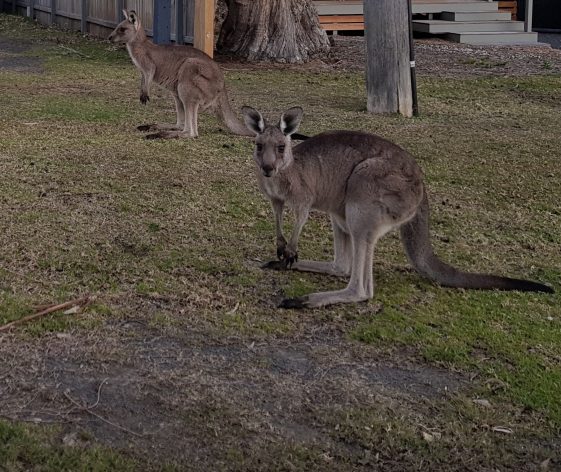 SYDNEY, Australia, Jan 14 2020 (IPS) - The chatter of cockatoos and lorikeets has given way to an eerie silence in smoke enveloped charred landscapes across south-eastern Australia. The unrelenting bushfires have driven many native animal and plant species to the brink of extinction and made several fauna more vulnerable with vast swathes of their habitat incinerated.

As many as 13 native animal and bird species may become locally extinct following the devastating bushfires, according to an initial analysis by national environment organisations, including the Australian Conservation Foundation (ACF) and World Wide Fund for Nature (WWF) Australia.

“Early estimates indicate the number of vertebrate animals affected since the fires started in September 2019 could be as high as one billion, with most of these likely to have been killed immediately by the severe fires, or dying soon after as burnt landscapes leave them with little or no food and shelter,” said the Acting Director General of the International Union for Conservation of Nature (IUCN) in a statement.

ACF’s nature campaigner Jess Abrahams told IPS, “Flying foxes are particularly vulnerable to heatwaves. Spectacled flying foxes are just one of Australia’s many threatened species that are being pushed to the brink by the climate crisis. A heatwave in Cairns in November 2018 killed 23,000 endangered spectacled flying foxes — almost one-third of the total population in Australia — and the current devastating summer is killing thousands more”.

“The fate of our wildlife is intimately connected to our own fate; the loss of a key pollinating species like the grey-headed flying-fox, would have huge impacts on our future food supply,” Abrahams added.

The bushfire crisis may have undermined decades of conservation gains. With trees and foliage burnt and no vegetation cover, the surviving wildlife will be more at risk of predation, exposure to environmental conditions – heat, cold and wind, and more vulnerable to starvation. Besides wildlife, tens and thousands of sheep, cattle and other farm animals have perished in the fires or sustained burn injuries.

The prolonged drought and bushfires have also led to more animals vying with communities for the scarce water resources, especially in remote regions of this second driest continent on earth. 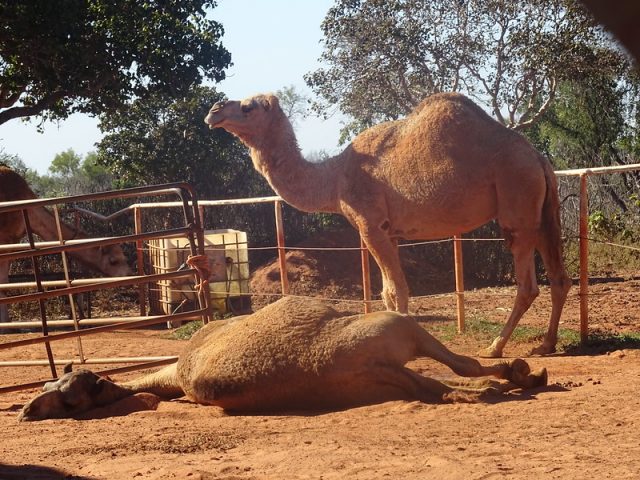 In a five-day aerial culling operation, about 10,000 camels were to be killed in drought-ravaged Anangu Pitjantjatjara Yunkunytjatjara (APY) Lands in South Australia.

According to the Australian Department of the Environment and Energy (DEE) spokesperson, “During droughts, feral camels congregate in large herds seeking water. At these times they damage infrastructure, compete with livestock for food and water, threaten people in remote communities, destroy native vegetation and foul natural water holes. Culling to manage camel numbers is the only option at this time to protect these assets and people.”

“Alternatives such as trapping and removal for domestic or overseas consumption, or live export, have prohibitive logistics and costs because of the extreme remoteness and specialised infrastructure required. There are also animal welfare concerns with trapping and transporting wild camels for overseas markets,” the spokesperson added.

Culling animals is decided on a case by case basis. Australian state and territory governments have primary responsibility for management of animals and their welfare.

APY Lands General Manager Richard King told IPS, “The Traditional Owners have requested this intervention, but they have not taken this decision lightly. We are simply doing the best we can in a dire situation. Increasing population of feral animals, such as camels, has squeezed out animals that were part of traditional Aboriginal food and also many of the bush tucker (native bush food) – berries, plums and tomatoes – as camels eat a large range of flora. This makes it hard for Aboriginal people to hunt and gather as they have done for thousands of years to survive.”

Besides camels, kangaroos, horses, donkeys and pigs are also culled to manage sustainable feral populations as they are unfettered by the normal constraints of population growth, such as predators, disease and parasite load.

Arthur Georges from University of Canberra’s Institute for Applied Ecology told IPS, “In the Australian Capital Territory, the strategy is to take off a fixed number of kangaroos each year rather than wait for numbers to build up and cause a crisis where more animals need to be culled. This is a sensible strategy as some level of control, preferably using the meat and other products, is sensible from both a conservation and an animal welfare perspective. In the broader context, culling is also beneficial from an agricultural perspective because of the biosecurity risk and the impact on production.”

As this ecological tragedy continues to unfold, Professor David Lindenmayer from Australian National University’s Fenner School of Environment and Society said in a media release, “Fires burn patchily, and small unburnt patches, half burnt logs and dead or fire-damaged trees are commonly left behind. Our research has demonstrated that these patches and remaining woody debris are very important to recovering wildlife populations. Standing fire-damaged trees as well as dead trees and fallen logs also provide many resources to surviving and recovering wildlife such as food, shelter and breeding hollows. Many trees that look dead will still be alive.”

The ACF, together with other environment groups, have written to Australia’s Federal Environment Minister Sussan Ley with a five-point plan, including funding to provide feed, water and habitat structures in worst hit areas, and establishing breeding programs, to fast track recovery efforts for the most at-risk wildlife.

Arid Recovery, an independent not-for-profit organisation which runs wildlife reserve in South Australia, has come up with a simple design of water fountains that can be made from basic materials with little skill required.

Its General Manager Katherine Tuft told IPS, “We developed them to support native wildlife in the drought-affected reserve that we manage and shared the design via social media for people in bushfire-affected areas to assist animals and potentially livestock. At least 30 different individuals or groups have made their own, including the NSW Environment Department who have put a factsheet together for their staff and volunteers to make them.”

Meanwhile, wildlife hospitals, zoos, veterinarians and volunteers have been caring for displaced and injured wildlife with generous donations from the community. People have been knitting mittens for signed paws, donating blankets for joeys, making bird boxes and putting out birdbaths and bird feed. Officials in New South Wales have been air-dropping carrots and sweet potatoes into the fire-ravaged habitat of the endangered brush-tailed rock-wallaby.

It may be months, if not years, before the impact of the bushfires on Australia’s biodiversity will be determined.