Jun 29 2020 (IPS) - Warnings at the early stages of the COVID-19 pandemic that Africa could be hit by a wave of up to 10 million cases within six months thankfully now seem unfounded, although it is still far too early to be over-confident.

The World Health Organization said on May 22 that the virus appears to be “taking a different pathway” on the continent, with a lower mortality rate and a slower rise in cases than other regions. However, three weeks later WHO warned that the pandemic in Africa was accelerating and noted that it took 98 days to reach 100,000 cases and only 19 days to move to 200,000 cases. 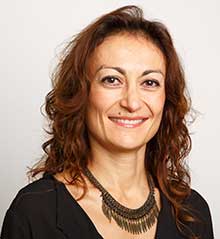 As of June 23, Africa had recorded over 232,000 confirmed cases and 5,117 deaths, still far fewer compared with Europe and the Americas. Experts are still analyzing how it is with widespread poverty, fragile public health systems and weak infrastructure in many countries that Africa has avoided the worst. Prompt preventative actions by governments and overwhelmingly youthful populations are cited as important factors.

While we must avoid the pitfalls of complacency and trusting sometimes questionable statistics caused in part by a lack of testing, the emerging danger now is that the life and death consequences of the economic fallout from the pandemic will be far more severe than the virus itself.

The African continent is on the verge of sinking into its first recession in 25 years.

Sub-Saharan Africa and India are projected by World Bank analysts to be the two regions hit hardest globally in economic terms. Latest projections estimate that 26-39 million more people, many of them subsistence farmers, will be pushed into extreme poverty in sub-Saharan Africa this year.

President Paul Kagame of Rwanda, who reacted quickly to impose his country’s lockdown, has warned that some African economies could take “a generation or more” to recover without coordinated intervention.

Agricultural value chains have been badly affected by the impact of lockdowns, and not just food crops are affected. Kenya’s flower industry, for example, has been hit by the closure of markets in developed countries. More than 70,000 farmers have been laid off and it is reported that 50 tons of flowers have had to be dumped each day. 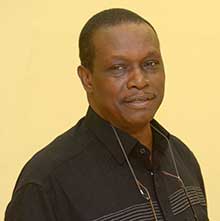 In the near term all this amounts to the twin threat of reduced incomes and serious food shortages, given that households buy around 50 percent of their food even in rural Africa, caused directly or exacerbated by the COVID-19 pandemic. On top of this, devastating swarms of desert locusts in East Africa—the worst outbreak in Kenya in 70 years—combined with a year of drought and flooding have put millions of people in that region at risk of hunger and famine.

This most immediate of dangers to Africa’s food security is compounded by the longer-term trends of the fastest population and urban growth rates in the world. Africa’s urban population is projected to nearly triple between 2018 and 2050.

The United Nations International Fund for Agricultural Development (IFAD) is working with governments and civil society to provide young people with the skills and opportunities they need and to create jobs in the agri-food system in order to safeguard food security, alleviate poverty, and contribute to social and political stability. The challenges are enormous and diverse.

IFAD is increasingly focusing its resources on young people as a priority, as successful rural transformation hinges on their inclusion in the process. It is partnering with the nonprofit International Institute of Tropical Agriculture (IITA), and is a key funder of a three-year project in sub-Saharan Africa which provides 80 fellowships for young Africans pursuing a master’s or doctoral degree with the focus on research in promoting youth engagement in agriculture.

Known as CARE – Enhancing Capacity to Apply Research Evidence – the program combines mentoring with training in methodology, data analysis, and scientific writing with a view to produce research evidence and recommendations for policymakers. Young and authoritative voices are being brought to the table, increasing youth representation in domestic and policy processes.

Policy briefs produced to date illustrate how researchers, including numerous young female professionals, are challenging common narratives and stereotypes. Yes, migration out of rural areas is a seemingly unstoppable trend but many young people are still engaging in the farm sector and the agri-food system, which require considerable investment.

To highlight a few examples of their recent findings:

■ Adewale Ogunmodede of University of Ibadan in Nigeria analyses the shortcomings of the N-Power Agro Programme aimed at improving rural livelihoods and argues that the top-down approach is failing in attracting young people to agriculture.
■ Research by Akinyi Sassi in Tanzania challenges the stereotyped view that women use ICT less than men to access agricultural market information. She finds that the cost of phone use and reliability of information are critical factors.
■ Cynthia Mkong examines the issue of role models, social status, and previous experience in determining why some students are more likely to choose agriculture as their university major in two universities in Cameroon. She says her findings indicate that agriculture will rise in stature both as a field of study and occupation.
■ Grace Chabi looks at why youth engagement in agriculture continues to decline in Benin despite government initiatives. Among her policy recommendations are a call to remove gender biases from land ownership, credit, and employment practices.

With the youngest and fastest-growing population in the world, Africa’s still overwhelmingly rural communities will continue to grow, even as migration and urbanization increase. Investing in rural jobs and supporting millions of small-scale farming families are of paramount importance, as well as investing in improving connectivity (both physical and digital) in rural areas to support agri-food systems.

IFAD shares the vision of IITA to enhance the perception of and mindset about agri-food systems so that young people will see opportunities there for exciting and profitable businesses as consumers demand more diversity of food products. The CARE project filling those knowledge gaps is already starting to yield the relevant and thorough research needed by African communities to build food security and resilience against future shocks, and achieve rural transformation inclusive of rural youth.